Multidisciplinary seminar on gender and sexuality

On the last Monday of March 2017, SKOK invited master students at UiB to a full-day seminar at the centre.

Students were able to present their work, and discuss how the gender perspective of their analysis could be strengthened.

SKOK's master relay is an annual event for all students at UiB writing about gender in their master thesis, across all disciplines. Just like the researchers at SKOK, who have a diverse disciplinary background, there was great variety among the students participating at this year's relay. Students from the humanities, including literature, english, linguistics, and history, as well as anthropology students, geography of development, and psychology, presented their work, gave each other feedback, and participated in the discussions on the different projects. The thematic scope reflected the diversity of gender studies, and opened the debate for interesting and creative comparisons across disciplines: an English literature student's take on the concept of "monster" in Frankenstein provided an original intake to understanding the historical medical treatment of transgendered persons in Norway - both projects signaled how non-conforming gender practices are often presented as something frightening and dangerous.

Thematically, the projects presented spanned from the representation of masculinity and femininity in German colonial and post-colonial literature, the gender norms in Ghanesian agriculture, women's underrrepresentation in academic positions, and gender differences in academic writing style, highlighting how gender can be employed as an analytical dimension in a wealth of situations and a variety of ways.

Maria Ulvesæter was one of the students participating at the relay. Maria is currently completing her master in social anthropology, and this was the second year in a row she participated in SKOK's master relay. In her thesis, she focuses on how young men from Accra, the capital city of Ghana, make use of social media. Before she signed up for the master relay, Maria was uncertain as to how she could use gender as a category of analysis - after all, most of her informants were men! At last year's master relay Maria was adviced to focus on masculinity. Since then, she has continued to work with a gendered perspective, and during this year's seminar she had narrowed her scope and convincingly argued that she wanted to look at the self-presentation of young men, and how they construct a masculine identity through text and pictures in social media.

"The master relay gave me a better understanding of the diversity of gender research", Maria says. She has gained knowledge on gender by listening to other students from other disciplines, seeing how they approach gender, and claims that it gave her useful new ideas and insights to work with. "I didn't know that much about gender before I participated in the relay, and I liked getting to know about the work that is done at SKOK". She recommends students at UiB to participate in future relays. Smiling, she adds: "I brough one of my friends to the relay this year."

The master relay is an annual event, and next seminar will be held in 2018. The time and place of the seminar will be published on our web pages and Facebook pages in advance. Like us on Facebook if you want to be reminded of future seminars and other events at SKOK. 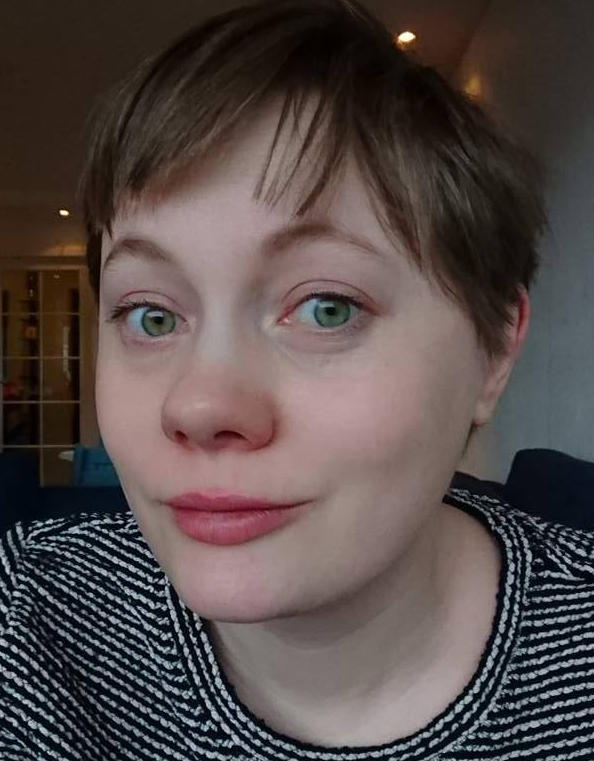 Maria Ulvsæter is completing her master in social anthropology and participated in SKOK's master relay both this year and the last.
Photo:
Maria Ulvesæter 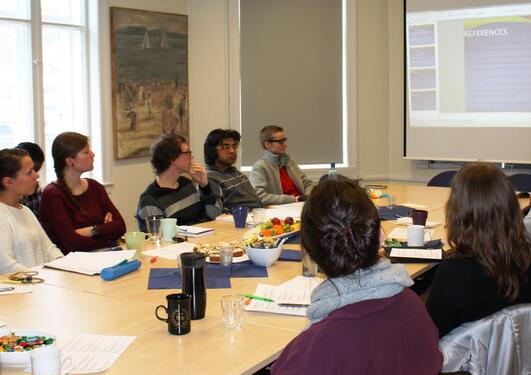 Each spring, the Center for Women's and Gender Research (SKOK) organizes a master relay for master students with a gender perspective - empirical or theoretic - in their thesis.