The Sino-Nordic Welfare Research Network (SNoW) was established in 2010, under the umbrella of NordWel, the Nordic Centre of Excellence, The Nordic Welfare State - Historical Foundations and Future Challenges (http://blogs.helsinki.fi/nord-wel/), financed by NordForsk 2007-2013. NordWel was directed by Professor Pauli Kettunen, University of Helsinki, and Professor Klaus Petersen, University of Southern Denmark. SNoW has been funded by NordForsk and the Nordic Council of Ministers during 2011-2015.The University of Bergen provided basic funding in 2016. The Nordic Centre at Fudan University and the Norwegian General Consulate in Shanghai have contributed to funding of PhD courses and/or workshops/conferences. As of 2017 there is no basic funding, but activities take place on the basis of ad-hoc funding from various sources. A quarterly newsletter (2013-2016) is not published anymore on a regular basis. The SNoW project is directed by Professor Stein Kuhnle, Department of Comparative Politics, University of Bergen. 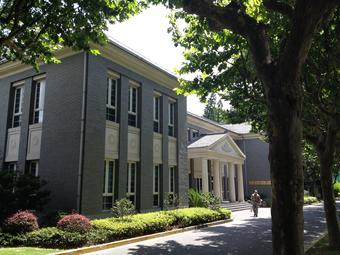 The Nordic Centre at Fudan University in Shanghai serves as the administrative hub of SNoW in China.

Most activities in China have been organized with the assistance of the Nordic Centre, and taken place in its building at the main Fudan University campus.