Guidelines on conflicts, bullying, harassment and sexual harassment involving students at the University of Bergen

Trust between students, staff and the institution is crucial for a good learning environment and for employees to be able to do their duties without undue burden.

Policy for bullying, harassment and conflict for The University of Bergen:

The learning and working environment at UiB must be fully justifiable. This means, among other things, that students and employees must not be subjected to harassment or other inappropriate behavior.

If someone is still exposed to this, it should be easy to report to a responsible unit that follows up the case in a responsible manner and in line with the university's guidelines.

UiB should be an arena for critical debate, with a culture where open disagreement and professional discussion are desirable. This does not stand in contradiction to ensure a safe learning and working environment.

Students and employees have the right to a fully proper learning and working environment. It is the university's responsibility to ensure this. These guidelines establish provisions to help:

The guidelines apply to both biparty relationships: staff/student and student/student. Legal authority in Norwegian statutes:

Conflict
A conflict is a situation in which two people, one person and one group or two groups feel that they are being thwarted or frustrated by the other.

Bullying
Bullying means actions, omissions or utterances that are repetitive, systematic, and persistent and have the purpose or effect of being abusive, intimidating, hostile, degrading, or humiliating. Another typical trait of bullying is that the victimized person has difficulty defending themselves, because the course of events is characterized by a factual or perceived imbalance between the parties (cf. Einarsen, Hoel, Zapf & Cooper, 2011; Olweus, 1993).

Types of harassment include:

Sexual harassment means any form of unwanted sexual attention that is intended to be or is in fact offensive, intimidating, hostile, degrading, humiliating or annoying.

It is the university's responsibility to ensure that everyone who participates in the processing of cases pursuant to these guidelines has the necessary expertise.

Normally, the faculty concerned shall handle cases according to these guidelines. If the case involves students from several faculties, the case shall normally be handled in the university entity with which the person reporting the case is mainly affiliated. In individual cases, the faculty can delegate authority to another instance, such as a department, to process the case, if this is justifiable and appropriate.

Prevention and the responsibility of the individual

Not every disagreement is a conflict, and the guidelines should not preclude free exchange of opinion. Everyone has a responsibility to ensure that harmful conflicts are prevented, or that they are resolved or redressed when they arise.

All employees should show respect to students they come into contact with. This applies to supervisors, teachers, technical and administrative staff and others. Employees should be particularly aware of the fact that there is typically a skewed power relationship between employees and students.

Students shall show respect for staff members and for other students. Threatening or otherwise inappropriate behaviour directed at employees or other students is unacceptable.

Students who believe they have come into conflict with one or more staff members at UiB, or with other students, are encouraged to contact the relevant individual(s) to resolve the conflict. If this does not succeed, or the student believes no purpose is served in trying, the student can instead report in the Speak Up (Si Fra) system, contact a student advicer, the learning environment contact person at the faculty, the department/faculty management, student representatives, the Student Ombud or others.

Staff members who believe they have come into conflict with one or more students at UiB are encouraged to contact the relevant individual(s) to resolve the conflict. If this does not succeed, or the staff member believes no purpose is served in trying, the staff member should instead contact his/her immediate superior, who will decide how the case will be followed up. It is also possible to report to or seek advice from the Division of Human Resources, the occupational health service, the safety representative, elected representatives or others.

Conflicts that cannot be amicably resolved must be reported to the appropriate authority as described in Part 2. In official handling of a case, the goal should primarily be to seek a solution to the conflict. The responsible unit shall normally talk to both/all parties and otherwise ensure that the facts are brought to light. If necessary or desirable, the entity may request assistance from other units at the university. As an alternative, measures to be taken can be solicited from outside the university, such as the mental health service or counselling services in Sammen, or others. There is a duty of confidentiality imposed personal matters, cf. section 13 of the Norwegian Public Administration Act.

It is natural to start with a mapping/survey. The nature of the case determines how this should be done. If, for example, the case gives the impression of being a simple conflict, then a short call or contact by phone or something of this nature may be sufficient. If further mapping is needed, the unit involved should have conversations with those involved and anyone else who may have information in the case.

Some advice regarding these interviews:

Measures to resolve a conflict

If such or similar measures do not work, or do not work well enough, the responsible authority must consider further measures.

If the survey has shown that there is a case of proven bullying or harassment, the case shall be dealt with further in accordance with section 4 of the present guidelines.

Notification of bullying and harassment etc.

Students who believe they have been victims of bullying or harassment by staff members or other students can report this in the Speak UP (Si Fra) system. It is also possible to report verbally or in writing to the student adviser, the learning environment contact person at the faculty, the administration of the department or the faculty, or others.

Employees who learn that other employees have bullied or harassed students are obliged to report this to their immediate administrative supervisor.

Staff who believe they have been victims of bullying or harassment by one or more students should primarily report this to their immediate administrative supervisor. Another option is to notify the occupational health service, a colleague, safety representative or union representative.

Handling of cases of bullying or harassment

All reports of alleged bullying or harassment should be dealt with appropriately and as quickly as possible. This normally begins with a mapping/survey whereby the responsible unit has conversations with those involved and others who can shed light on the case. If one or more parties are employees of the university, the responsible person should consult with the occupational health service or HR division.

Some advice regarding these interviews:

Follow-up and measures to be taken

The purpose of the initiative is to restore a fully sound learning and working environment for everyone involved. The responsible administrator must decide what measures are necessary, including whether there are grounds for formal sanctions against one or more people involved. In addition, preventive measures must be considered so that the same situation does not recur. Appropriate measures might include:

These policy guidelines were adopted by the University Board on 23 April 2020 and became effective on 03 May 2020.

We want openness at UiB. We want you to speak up if you have uncovered issues that are worthy of criticism, and can be detrimental to UiB or individuals at the UiB.

Speak up about the student environment here

Need someone to talk to?

The Ombud for Students is subject to confidentiality, and the Ombud's main function is to safeguard the legal security of the students at UiB. 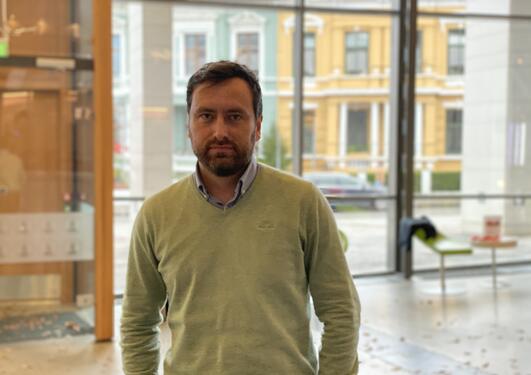 The Student ombudsperson is a resource for all University of Bergen students to assist in the resolution of conflicts, problems, and other University related concerns.
18.01.2021