Montfort will be joining a group including Professors Jill Walker Rettberg and Scott Rettberg (UiB Digital Culture), Professor Joseph Tabbi (UiB English), Professor Kristine Jørgensen (UiB Media), among others, in helping to prepare an SFF application for the establishment of a Center of Excellence in Digital Narrative, and will teach modules in the Digital Culture curriculum in courses such as Digital Genres, Electronic Literature, and the graduate seminar in Digital Media Aesthetics, and will join in advising graduate students.

Professor Scott Rettberg commented: "We are overjoyed that Professor Montfort has accepted this appointment. We have had long-standing collaborations with Nick and his lab at MIT, and Nick's appointment really cements a bond between our institutions and our research groups. We're building a kind of dream team for research in Digital Narrative here, and I couldn't imagine a better colleague for that team than Nick Montfort."

Projects of Montfort’s include several very small-scale poetry generators such as the ones in the ppg256 series, the four in Concrete Perl, and more than two dozen BASIC and assembly language Commodore 64 programs. He was part of the group blog Grand Text Auto; wrote Ream, a 500-page poem, in one day; collaborated with others on Mystery House Taken Over, an “occupation” of a classic game; co-wrote Implementation, a novel on mailing labels documented in a book; programmed and wrote the interactive fictions Winchester’s Nightmare, Ad Verbum, and Book and Volume; and has developed several other works of digital poetry and art, including the collaborations “Sea and Spar Between” (with Stephanie Strickland) and The Deletionist (with Amaranth Borsuk and Jesper Juul).

Montfort works in several different contexts, which include the Web, book publication, and literary reading but also gallery exhibition, the demoscene, and livecoding. He translates computational projects, and his own work has been translated into half a dozen languages. For instance: his free-software computer-generated novel World Clock was translated to Polish and published in ha!art’s Liberatura series, which also includes the Polish translation of Finnegans Wake; his computer-generated novel Megawatt has been translated to German and published by Frohmann. Many of Montfort’s works, which are available as free software, have also been modified and transformed by others to become the basis for new work; his short generator “Taroko Gorge” has been the basis for dozens of published remixes in addition to projects in many classes.

With Ian Bogost, Montfort initiated the platform studies approach and the corresponding MIT Press book series. His contributions to critical code studies include organizing and co-authoring the first book using the methods of this field. In electronic literature, he wrote the first book focusing on a single form of e-lit, has extensively created, edited, and written about work of this sort, and served on the board of directors of the Electronic Literature Organization for more than ten years, for three of those as president. He currently edits the Using Electricity series of computer-generated books for Counterpath. Montfort founded and directs The Trope Tank, a DIY research lab/studio, based at MIT and in New York, that undertakes scholarly and aesthetic projects and offers material computing resources. Further underground, he is lead organizer for the demoparty Synchrony and MCs as Doc Mofo.

10 PRINT CHR$(205.5+RND(1)); : GOTO 10, (MIT Press, 2013), a 10-author single-voice publication that Montfort organized, focuses on a one-line Commodore 64 BASIC program. He wrote Riddle & Bind (Spineless Books, 2010), a book of literary riddles and constrained poems. With Ian Bogost, he wrote Racing the Beam: The Atari Video Computer System (MIT Press, 2009). He wrote Twisty Little Passages: An Approach to Interactive Fiction (MIT Press, 2003), and, with William Gillespie, 2002: A Palindrome Story (Spineless Books, 2002), which the Oulipo acknowledged as the world’s longest literary palindrome. He also edited The Electronic Literature Collection Volume 1 (with N. Katherine Hayles, Stephanie Strickland, and Scott Rettberg, ELO, 2006) and The New Media Reader (with Noah Wardrip-Fruin, MIT Press, 2003). Montfort’s Exploratory Programming for the Arts and Humanities (MIT Press, 2016) continues his long-term efforts to teach programming as a method of culturally engaged inquiry and creativity. His book The Future was published as part of the MIT Press Essential Knowledge series at the end of 2017.

Montfort's recent projects include several computer-generated books that are published in print, in many cases offset printed in a print run from traditional publishers. #! (Counterpath, 2014; the title is pronounced “shebang”) contains programs and poems. 2×6 (Les Figues, 2016), is book of computer-generated poems done in collaboration with six others, in English and five other languages. He has three computer-generated print-on-demand titles, the latest of which is Autopia (Troll Thread, 2016), along with a print-on-demand book of tiny poems, Sliders (Bad Quarto, 2017). At the end of 2017 Counterpath published The Truelist, a computer-generated long poem produced by a single page of Python code without use of any libraries or external data. Montfort’s studio recording of the entire book-length poem is also freely available on PennSound. Most recently, Montfort has published the 2018 version of Hard West Turn (Bad Quarto) in a limited edition. This is a computer-generated novel about gun violence in the United States. 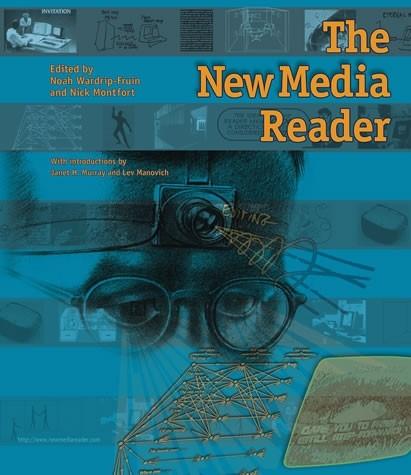 The New Media Reader (MIT, 2003) which Montfort co-edited with Noah Wardrip-Fruin, is an essential reference of historical texts that has long been a standby in the Digital Culture curriculum.
Foto/ill.:
The MIT Press 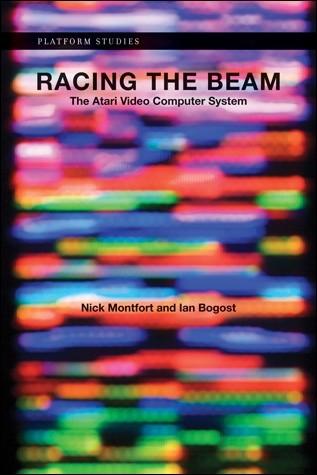 Racing the Beam: The Atari Video Computer System (MIT, 2009) which Montfort co-authored with Ian Bogost, was the first title to launch the influential Platform Studies series.
Foto/ill.:
The MIT Press 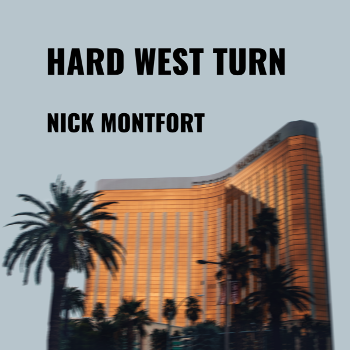 Hard West Turn (Bad Quarto, 2018) is one of Montfort's latest computer-generated print books, centering on gun violence and is generated using a script that crawls Wikipedia and assembles material related to shootings into a singnular narrative of American violence.
Foto/ill.:
Bad Quarto