Mathematical structures of possible relevance to physics are of increasing interest. The meeting considers deformation theory, in particular non-commutative deformation theory and relations to the standard model as developed in the book "Non-commutative algebraic geometry" by Eriksen, Laudal and Siqveland. It also considers Hopf algebras,  operad theory and their interplay with combinatorial structures.

This two-dayseminar is supported by the project TMS-Pure mathematics in Norway, funded by Trond Mohn Stiftelse.

There will be a dinner for all the participants on Friday 11'th October at 19.00.

This talk is meant as an introduction to, or rather an overview of, material published in several papers and books, through the last 20 years. The rather bold idea was to use the emergent non-commutative algebraic geometry and its deformation theory, to look for a purely mathematical model that would make sense of the present theoretical physics, and hopefully help us unifying general relativity and quantum theory.

There are, of course, lots of research groups of mathematical physicists, working on theories with the same aim; establishing a”Theory of Everything”. As for most of them, the starting point is to take a critical new look at some of the basic notions in physics. In my work, these notions include: Objects-points-states, moduli space of such objects, their dynamical structures, giving rise to Space and Time and Evolution. Singularities comes in as fundamental ”Bags of Information”, and the theory of deformation, applied to singularities, is taking care of the Creation of the moduli spaces we want to study. One such could be useful for understanding the ”Big Bang” event in cosmology, creating the Universe.

The technology for all this is Non-commutative Deformation Theory, and most of what I know about this, can be found in an accepted paper ”Deformation The-ory and Mathematical Models in Science” to be published in ”Pure and AppliedMathematics Quarterly”, promised for October this year.

Together with F. Patras (CNRS, Nice) we have developed a shuffle algebraic formulation of moment-cumulant relations in non-commutative probability theory. Based on Hopf algebra deformation we will show how this approach provides a group-theoretical perspective on free, boolean and conditionally free non-commutative Wick polynomials.

Finally, we discuss a relation between our algebraic description and a certain substitution operation on non-commutative power series. (Joint work in progress with F. Patras, N. Tapia and L. Zambotti

A quantum deformation or q-deformation consists of replacing usual derivation by a sigma-derivation or (sigma,tau)-derivation in algebras of vector fields. The main example is given by Jackson derivative and lead for example to q-deformation of {sl}_2, Witt algebra, Virasoro algebra and also Heisenberg algebras (oscillator algebras).

The description of the new structures gave rise to a structure generalizing Lie algebras, called Hom-Lie algebras or quasi-Lie algebras studied first by Larsson and Silvestrov. Since then various classical algebraic structures and properties were extended to the Hom-type setting, among them Hopf algebras. The main feature is that the classical identities are twisted by homomorphisms.

The purpose of my talk is to give an overview of recent developments and provide some key constructions and examples on Hom-algebras, BiHom-algebras and their dualization. I will show that they lead to new-type cohomologies.

I will start by defining commutative deformation theory of a module, and then compute the pro-representing hull of the module representing the singular point in A=k[x,y]/(x^2-y^3).

Then I give the definition of noncommutative deformation theory of a set of r right modules over a quiver algebra with relations (QAR), and I will compute the pro-representing hull of the points on the diagonal. Finally, I interpret this QAR as a noncommutative desingularization of the A2-singularity A.]

There is a close relationship between noncommutative deformations and iterated extensions, which we will describe. This is used to prove the Generalized Burnside Theorem. It can also be used to study iterated extensions of a given set of (simple) objects. We will discuss both applications, and give examples.

Universal algebra provides a generic machinery for constructing, and thereby studying, algebras satisfying given identities independently of which those identities are; many "unfamiliar" objects such as pre-Lie algebras, ternary algebras, or hom-algebras are still straightforward fits for the classical universal formalism. Hopf algebras, and more generally algebraic structures with co-operations (such as the counit, coproduct, and arguably also the "R-matrix"), are however troublesome to the degree that it might be hard to know even how to begin a construction, because the co- side of things doesn't fit into the classical machinery. This is to some extent mirrored in the fact that Hopf algebraicists have often found the standard formula language to be too restrictive, and instead made innovations such as the Sweedler notation or various diagrammatic shorthands. The latter in fact hold the key to treating Hopf algebras universally.

What makes the whole thing work is that network diagrams and the abstract index notation (a coordinate-free reinterpretation of the Einstein notation for tensor expressions) are formally equivalent to the (symmetric) monoidal category formalism used when expressing the Hopf algebra axioms as commutative diagrams — what was conceived as mere shorthand turns out to be every bit as formal as the traditional formula language, moreover a notation where the axioms are simpler. Universal algebra for PROPs works by taking networks as the fundamental model for an expression, and the corresponding rewrite theory operates by splicing pieces into larger networks as replacements for other networks, meaning that instead of factors one essentially looks for subgraphs. I have written a utility that automates these calculations, and will demonstrate its mode of operation.

Jon Eivind Vatne: The octonions as a twisted associative algebra

Albuquerque and Majid (1998) described the octonions as an associative algebra object in a quasitensor category of representations. In this talk I will explain their construction, and also tell about a point in their article that I do not understand. The difficulty disappears in the case of group algebras, which is the case needed to describe the octonions. 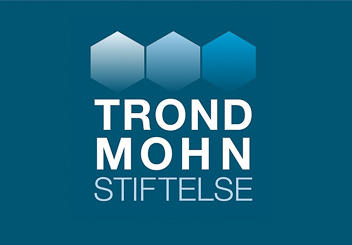