Knut Wiik Vollset had a six-month exchange in the US. He definitely recommends that other PhD students have an exchange experience.

In those six months he somehow managed to organise a range of experiences that included: participating in research cruises, being an invited guest speaker, staying at an isolated marine station, to way nothing of redwoods, surfing (that is ocean waves, not internet), climbing, seeing whales, bears and sea lions ... Although he was based in Seattle, he travelled to Alaska and explored much of the western coast of the US!

According to Knut, the advantages are numerous:

However, Knut has some tips for optimising the experience:

Knut himself is an example of someone who took full advantage of the opportunities that his exchange experience brought. He worked with his PhD supervisor early enough in his PhD programme to begin the process of contacting possible hosts, discussing possible projects, and selecting the option that fit best. Knut said that he was in dialogue with his prospective host for about six months before travelling, discussing both scientific and practical immigration details relating to his stay. It is these latter details that are the most time-consuming, which is why it is best to have a host who has been through the process before.

Once in Seattle, Knut's open-minded approach resulted in new, unplanned opportunities. He expressed an interest in participating in a research cruise and ended up spending nearly two weeks at sea. While at sea, he made contacts with researchers from other labs and one of these invited him to be a guest speaker. Connections with other researchers and research groups also led to a five-week stay at an isolated island marine station.

Advice to other PhD students - "go for it"! 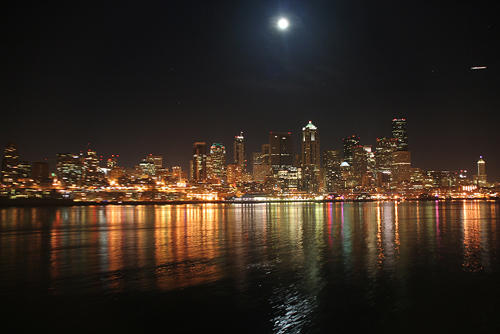