Tectono-stratigraphic evolution of Rift Basins - From subsurface to outcrop

This study involves the investigation of the sedimentary response to normal faulting in rift basins. It focuses on both the sedimentology as well as the fault geometries. The key is to understand the interplay of sedimentation and fault evolution during the main phase of rifting.

A subsurface part focuses on the Jurassic syn-rift units in both the footwall and the hangingwall of the Veslefrikk, Brage and J-structure fault system in the eastern Viking Graben, Norwegian Sea. It will include the integration of previous local studies (prospect-scale) to generate a regional synthesis. For this 100 by 20 kilometer study area the focus will be on linking fault array evolution with erosional depositional systems to constrain local versus regional sediment supply into syn-rift hangingwall depocentres. This will subsequently be achieved through integration of 3D seismic, well, core and biostratigraphic data.

For a more detailed analogue study, the Oligo-Miocene rift sequences on the western margin of central Sinai, Egypt are thoroughly investigated. The study area is located in the El-Qaa fault block. The 6 by 6 kilometer study area forms and excellent opportunity to study the palaeo-environmental evolution in the immediate hangingwall of a major rift border fault system. Integration of traditional fieldwork methods and ground-based LIDAR will be used to build a three-dimensional outcrop model and will allow an insight into the special and temporal evolution of these syn-rift sequences. 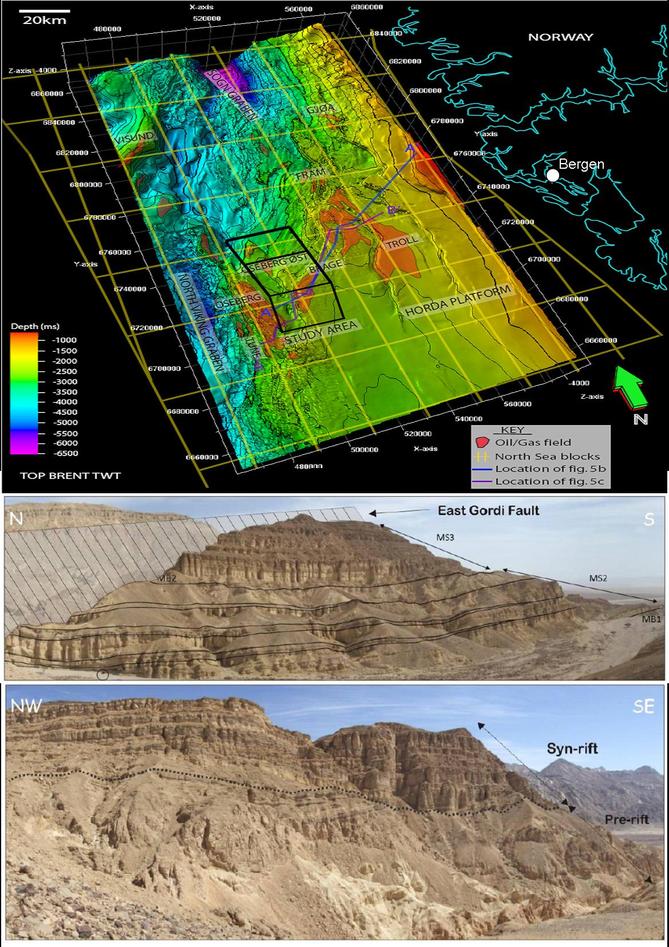