The aim of this study is to develop quantitative models of the distribution of architectural elements in shallow-marine systems. Advances in helicopter based laser scanning have made it possible to scan very large outcrops of sedimentary rocks, facilitating creation of photorealistic outcrop models and extraction of large amounts of quantitative data. The dimensions and distributions of a range of elements, such as parasequences, intra-sandtone shales and distributary channels, will be measured, and evaluated using paleogeographic evidence and statistical methods. Traditional field methods will also be used in this project to collect grain-size data and constrain the facies interpretations from the lidar models.

As of February 2011, the database consists of lidar scans of 40 km of wave-dominated shallow-marine outcrops from the Book Cliffs and the Wasatch Plateau of central Utah. Field work in the tide-dominated Lajas formation in Argentina is planned in fall 2011. 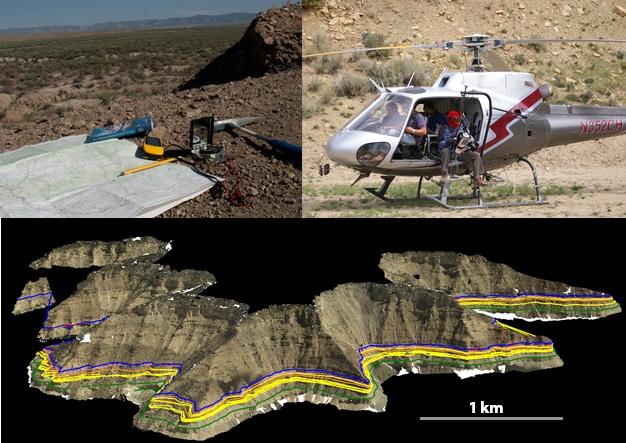