The cryosphere is in fast transition. The possibility that the ongoing rapid demise of Arctic sea ice may instigate abrupt changes on the Greenland Ice Sheet (GIS) is, however, not tackled by current research. Ice cores from the GIS show clear evidence of past abrupt warm events with up to 15 degrees warming in less than a decade, most likely triggered by rapid disappearance of Nordic Seas sea ice. At present, both Arctic Sea ice and the GIS are in strong transformation: Arctic sea-ice cover has been retreating during most of the satellite era and in recent years, Arctic sea ice experienced a dramatic reduction, and the extent was in 2012 half of the 1979-2000 average. Satellite data document an increasing loss of GIS ice mass and temperatures since 1990 and temperatures have risen markedly at the GIS summit.

Strong transient responses in both major Arctic cryospheric entities prompts the question: Is the dramatic decline in Arctic Sea Ice heralding a new phase of abrupt change, similar to those recorded in ocean sediments and ice cores?  Such changes would have major consequences for the GIS mass balance and global climate, including accelerated sea level rise. There is currently no concerted research effort to assess this risk.

Ice2ice will approach this complex problem by integrating 4 PI teams from three Nordic world class research centres. Comprising empiricists and dynamicists specialized in Arctic and Greenland  atmospheric, oceanic and cryospheric sciences. Employing an innovative combination of synchronized records of GIS parameters, records of sea ice change as well as models ranging from global climate models to regional and process models, ice2ice will be the first concerted effort to tackle question of the cause and future implications of past abrupt climate change in Greenland. 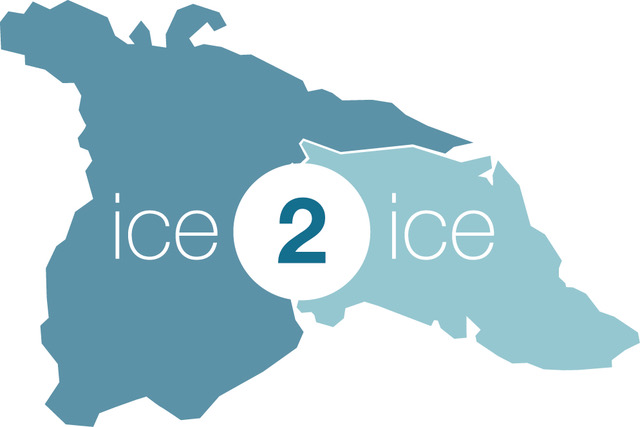