Project description:
The glaciers of Antarctica represent a large threat to sea level rise. Their current contribution to the overall impact on
sea level is quite small but they have the potential to release a large amount of ice into the ocean if their dynamic was
to change.

Currently, the temperatures in Antarctica are too low to trigger a large amount of surface melt in most part of the
continent. However, some glaciers on the Antarctic Peninsula start to experience a fair amount of melt during the
austral summer. Melt events on the coast of Antarctica also seem to happen more often during the last ten years and
some occurrence of major surface melting and rain start to appear around the continent.

A recent study (Tuckett et al. 2019) proposed that this increase of melt on the Antarctic peninsula was triggering
some short-lived accelerations of a number of glaciers. The proposed phenomenon is based on knowledge on mountain
glaciers where the onset of the melt season provides a large amount of meltwater to the base of the glacier triggering
higher flow speeds for a short time. After this acceleration the reconfiguration of the subglacial drainage system allows
to drain more water out of the subglacial environment leading to a decrease in ice velocity.
However, there is no definite proof that an increase in surface melt is responsible for the acceleration of these
glaciers. Moreover, the complex feedbacks involved make it difficult to predict the evolutions of the ice velocities in a
future where surface runoff will increase.

During this project, a coupled ice-dynamic, subglacial hydrology model will be applied to synthetic glaciers with
geometries based on Antarctic glaciers to prove or disprove the hypothesis from Tuckett et al. If the proposed
mechanism is confirmed, the modelling set-up could be used to project the future long term effect of an increased
runoff on the Antarctic peninsula glaciers. An other option would be to investigate the same process for glaciers with a
geometry representative for other regions of the Antarctic Ice sheet.

Prerequisites
Candidates should have a basic understanding of numerical modeling. 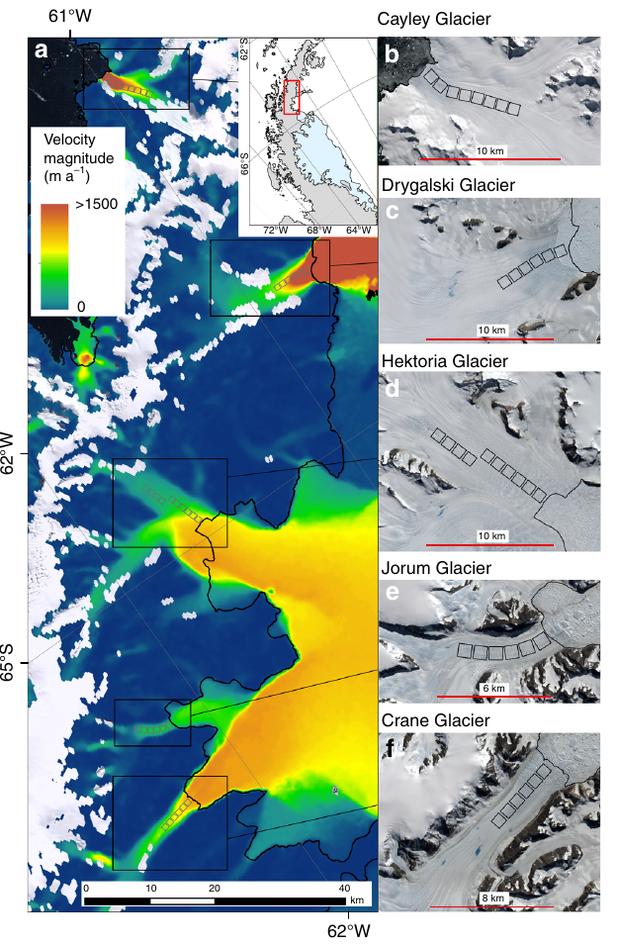