Next application deadline: October 31, 2019. Up to three grants will be funded, with a fixed rate of 10 000 NOK, each. To apply for a grant, please send your application to:

Please include a letter of intent, describing the purpose of your stay in Bergen or trip to other institutions, and a short CV. Students should include a letter of support from their supervisor. Applications will be evaluated shortly after the submission deadline and successful candidates will be informed in early December.

About the Schander Memorial Fund

The main focus of the fund lies in encouraging scientific cooperation in marine biology by providing financial support for fieldwork (collecting of material for taxonomic and/or biodiversity work) and taxonomic studies in museum collections.

Visiting marine taxonomists and systematists can apply for funding for travel and accommodation in connection to short term visits at the Marine Biological Station in Espegrend and at the University Museum of Bergen Norway. Likewise, Master and PhD students in marine biology at University of Bergen can apply for support for short-term projects in cooperation with other institutions or support for conference participation where they will present their own results. Projects including fieldwork or work in scientific collections will be prioritized.

Selection will be done by the five member funding board of national and international scientists and family members. Announcements and deadlines are given below.

Chris Schander was Professor of marine biodiversity at the Department of Biology, University of Bergen, from 2004 – 2011. Earlier, he had been employed at Gothenburg University (Sweden), Woodshole Oceanographic Institution (USA), and Copenhagen University (Denmark). From August 2011 on he was Director of the University Museum of Bergen – a position that fulfilled a childhood dream - before he passed unexpectedly on February 21, 2012, after a short period of illness. He will be sorely missed but his work lives on.

He was a productive scientist, authoring more than 80 peer-reviewed scientific publications*, a creative and inspiring biologist and a highly valued colleague with a large national and international network of cooperation partners and friends-through-science. He was also a committed supervisor to numerous master and PhD students in Norway, Sweden and other countries.

This is what he wrote about himself:

“The goal of my research is to understand the role that evolutionary forces and phylogeny have played in creating organism diversity. To develop this understanding I use phylogenetic analyses that integrate morphological and molecular data. My research focuses on the molluscs, because of the amazing morphological diversity of recent taxa, and because of their fossil record dating back to the Precambrian… I am also interested in the biogeography of these animals, for example, the pan-Atlantic and pan-Pacific distribution of many species.”

To honour Chris’ memory and to continue his eager support of cooperation and scientific exchange between individuals and institutions we have established the Christoffer Schander Memorial Fund at the University of Bergen. 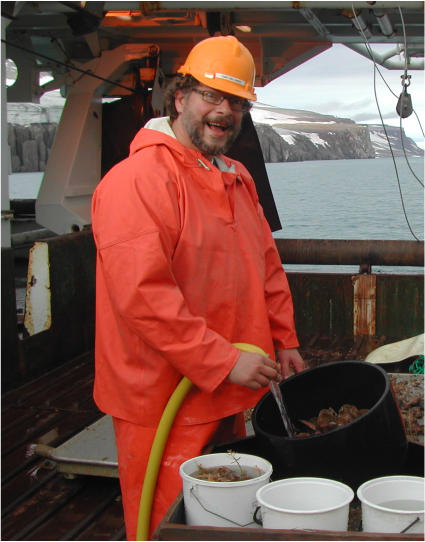