Thursday 19 Nov The Department of Philosophy will host - online, on zoom - the 8th edition of the annual Bergen Phil Sci Workshop.

Video recordings of the talks

How postmodern is cosmic inflation?

In 2014, Ijjas, Loeb and Steinhardt (ILS) claimed that the paradigm of eternal inflation had left the regime of canonical scientific reasoning (using the pejorative term postmodern inflation). The debate on their paper eventually led to a highly antagonistic and much publicized exchange between ILS and 40 main exponents of inflation in Scientific American. In my talk I will argue that the irreconcilable positions in this debate have genuine philosophical roots. I will sketch a Bayesian analysis of the problem raised by ILS and will argue that acknowledging the role of meta-empirical theory assessment is helpful for identifying the core of the disagreement.

Talk based on joint work with Casey McCoy.

Many scientific models are representations, but what does it mean for one thing to represent another thing? We provide an analysis of what representation involves, which we call the DEKI account of representation. DEKI offers a complex kind of representation that is based on an interplay of denotation, exemplification, keying up of properties, and imputation. We show how the account works with material models and then generalise it to different kinds of non-material models.

Talk based on joint work with James Nguyen.

Baconianism and Newtonianism: a history (and philosophy) of shifting historiographic categories

Thomas Kuhn proposed them as opposing historiographic categories; and in doing so, he created the long-lasting caricature of Baconian science, i.e., a large-scale enterprise of fact-gathering, pre-paradigmatic and non-specialized. By contrast, Newtonian science was paradigmatic, articulated and formalized. The two categories exemplified thus two stages in the development of science: science in its infancy and science at a mature stage. Kuhn’s divide was repeatedly criticized in the past decades; historians and philosophers have changed substantially the ways we talk about Baconianism and Newtonianism; and yet, some traces of the simplified contrasting image are still lingering. This paper aims to trace the history of these two historiographic categories, discussing the multiple changes of meaning they undertook and the variety of roles they played in discussions concerning methods, models and styles of doing science. My claim is that these two historiographic categories are particularly revealing and that tracing shifts in their meaning unveils key moments of the complex interplay between history of science and philosophy of science.

Measurement realists claim that making concepts measurable requires on the one hand a quantitative attribute to which the concept refers, and on the other hand a reliable procedure for producing measurement results. Operationalists, by contrast, think that a reliable procedure for producing measurement results is all that is required. An argumentative strategy for operationalists is to argue that there are no independent tests for the quantitativeness of an attribute, so we need to rest content with measurement procedures. Measurement realists sometimes respond to this challenge by trying to show how we can establish the quantitativeness of attributes independently of measurement procedures. In this paper I take a close look at both the challenge and the attempted response. I argue that, at first pass, the challenge simply misses the realists’ point. Upon inspection, however, the challenge and the realists’ response reveal a deeper disagreement over the question whether quantitativeness is a feature of concepts or attributes.

Poincaré, Dark Energy, and the Deadly Robots of Krikkit

Henri Poincaré, in a strangely neglected passage towards the end of his monumental essay on `Relative and Absolute Motion' (Science and Hypothesis, 1905 Chapter 7), appeals to the idea of a planet entirely secluded form the rest of the universe by clouds to argue that 'as long as nature has secrets' the distinction between constants of nature and constants of motion will remain 'highly arbitrary and always precarious' (p.87). To what extent do such arguments support a relationship between a scientist's epistemic access to different scales and the categorisation of constants? What are the implications of this view for modern cosmology, in particular the interpretation of the cosmological constant and the quantization of gravity? And what does any of this have to do with Robots? In this talk I will attempt to answer these and other related questions.

Talk based on work with Sean Gryb.

The Role of Singularities in the Search for Quantum Gravity

Singularities in general relativity and quantum field theory (i.e., the standard model) not only motivate the search for a more-fundamental theory (quantum gravity), but also serve to characterise this new theory and shape expectations of what it is to achieve. But what can singularities in current theories tell us about new physics? We explore the different possible interpretations of these singularities in regards to their significance for quantum gravity. In doing so, we aim not only to gain insight into the theory being sought, and to articulate some of the constraints upon it, but also to better understand the nature of fundamental physical theories more generally, and the relationships between singularities and scientific explanation.

Talk based on joint work with Sebastian DeHaro.

Everyone is welcome for one talk or more. 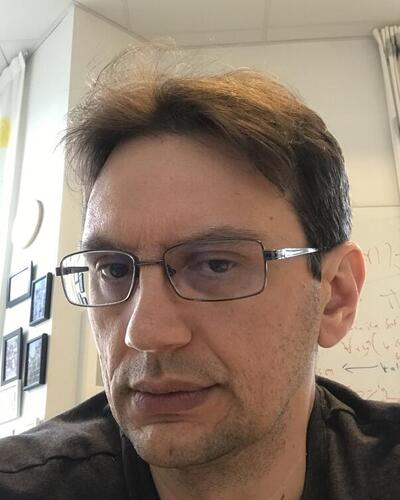