Stefan Collini: Universities and "accountability": Lessons from the UK experience

Universities must be ‘accountable’ to society. This proposition is endlessly repeated in contemporary debates about higher education. But what does ‘accountability’ mean, and by what measures can an appropriate form of accountability be ensured?

The United Kingdom has in recent years imposed a series of new demands on universities under this heading, and this lecture examines the character of these demands and warns of some of the damaging or counter-productive effects which can be produced when such measures take a misconceived managerialist form.

In recent years he has also been an influential voice in debates over the character of higher education, notably with What Are Universities For? (2012) and Speaking of Universities (2017). He is a Fellow of the British Academy and of the Royal Historical Society, and a frequent contributor to The London Review of Books, The Times Literary Supplement, The Guardian, The Nation, and other periodicals. 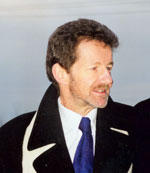