The second volume of Slavica Bergensia is devoted to the literary legacy of the twelfth-century Kievan author(ity) known as Kirill, bishop of Turov. It is a daunting fact that we know close to nothing about Kirill’s life and activity. No contemporary historical source mentions his name, and the short Synaxarion Life, written no earlier than the mid-thirteenth century, is largely composed of hagiographical topoi. What we do have, however, is a quite remarkable corpus of texts, which belong to a number of different genres or forms: festal homilies, monastic commentaries, some letters, a cycle of prayers, other hymnographical texts, including several versions of a penitential Prayer Kanon, a Kanon to Ol’ga, and an abecedarian prayer. We do not know whether or not all these texts were written by one and the same author, and if this author is to be identified as “Kirill, bishop of Turov.” If he is, Kirill of Turov must certainly be regarded as a major figure in the history of early East Slav literature and spirituality. Alternatively, the label “Kirill, bishop of Turov” might have been invented at a later point, in order to designate an appropriate authority as the author of a set of texts that were fairly popular and obviously held in high esteem.

The essays brought together in the present volume address aspects and parts of the Corpus Cyrillianum from a number of different perspectives: David K. Prestel examines the Tale of a Layman in the context of monastic theology as expressed in writings associated with the Kievan Caves Monastery. Alexander Pereswetoff-Morath studies anti-Judaic polemics in Kirill against the background, on the one hand, of a thorough discussion of the sources of Jewish presence in Kievan Rus’, and, on the other, the traditional anti-Judaic exegetical method inherited from Byzantine homilists. Fedor Dviniatin analyses the central opposition God/Man in a close reading of Kirill’s Sermon for the Fourth Sunday after Easter, Ingunn Lunde studies the functional aspects of Kirill’s rhetoric of biblical quotation in the sermons, while Vladimir Kolesov examines the role of the symbol in the context of the linguistic means of semantic constitution in Kirill’s writings. Robert Romanchuk traces the creation of a lost Paschal-Pentecost Homiliary, containing Kirill of Turov’s festal sermons, by Efrosin, monk of the Kirillo-Belozerskii monastery; C.M. MacRobert studies the manuscript tradition of Kirill’s hymnographical works, providing and analysing new evidence of the dissemination of prayers and hymns in fourteenth-century manuscripts. Joy Bache examines the perception of time in three Sunday prayers attributed to Kirill, while Ekaterina Rogatchevskaia explores the concept of sin in Kirill’s writings.

It is a pleasant duty to thank the Institute of Classics, Russian, and the History of Religions, University of Bergen, as well as the Bergen University Fund (“Bergen Universitetsfond”) for providing me with financial support for the publication. I am particularly grateful to Ursula Phillips of the School of Slavonic and East European Studies, University College London, for her editorial advice and ample suggestions towards the stylistic and linguistic level of the English articles. Also, I would like to thank Alexander Pereswetoff-Morath, Lund University, for his generous assistance on a number of specific points, and, finally, the contributors for a stimulating cooperative effort.

David Kirk Prestel: Ascent to the Cave: Kirill of Turov and Kievan Monasticism

Alexander Pereswetoff-Morath: A Shadow of the Good Spell: On Jews and Anti-Judaism in the World and Work of Kirill of Turov

Robert Romanchuk: Efrosin of Kirillov and the Paschal-Pentecost Cycle of Kirill of Turov

C.M. MacRobert: In Search of a Canon: The Dissemination in Fourteenth-Century East Slavonic Manuscripts of Prayers and Hymns Attributed to Kirill of Turov

Joy Bache: The Perception of Time in Three Sunday Prayers Attributed to Kirill of Turov

Ekaterina Rogachevskaia: The Concept of Sin in Kirill of Turov’s Writings 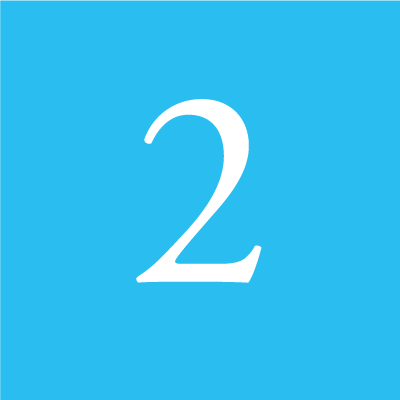