Abstract
The Barents Sea Ice Sheet (BSIS) was a so-called marine-based ice sheet, as its largest portion rested several hundreds of meters below the sea level on the Barents and Kara Seas floor. From a bathymetric point of view, there is a strong similarity between the BSIS at the Last Glacial Maximum (LGM, around 21,000 years ago) and the present-day West Antarctic Ice Sheet (WAIS), as pointed out first by Mercer (1970). In fact, both polar regions are characterized by a wide, relatively shallow continental shelf of few hundreds of meters depth. Although the oceanic contexts differ, it can be important to identify, reconstruct and analyze the dynamical processes driving the past retreat of the BSIS to better understand the present and future evolution of the WAIS. Several recent studies show that ice shelves and marine-terminating glaciers around Antarctica are thinning (Paolo et al., 2015), especially in the sector of the WAIS. This thinning primarily results from the intrusion of warm Circumpolar Deep Water on the continental shelves that induce sub-shelf melting in the cavities (e.g., Pritchard et al., 2012, Rignot et al., 2013), which potentially triggers the retreat of the grounding-line. Theoretical boundary layer studies such as Weertman (1974) or Schoof (2012) suggest that abrupt changes in volume and extent of marine-based ice sheets can occur because of the grounding-line instability in coastal regions where the bedrock slopes landward. In this study, the last deglaciation of the BSIS is simulated by means of a hybrid SIA/SSA thermomechanical Ice Sheet Model (ISM). The ISM is initialized from a spun-up LGM simulation, and climate forcing is interpolated by means of regional climate indexes between LGM and pre-Industrial (1850 A.D., PI) climatologies. The regional climate indexes are based on TraCE-21ka (Liu et al. 2009), a transient global coupled climate simulation of the last 21,000 years. The sensitivity of the ice sheet to ocean temperature changes during the deglaciation is investigated by means of two different sub-shelf melting formulations (Martin et al., 2011 and Pollard & DeConto, 2012), which are forced with simulated ocean vertical temperature and salinity profiles derived from TraCE-21ka simulation (Liu et al., 2009) and selected in the vicinity of the BSIS. The retreat of the BSIS and of the major ice streams draining the ice sheet in the western and northern Barents Sea is analysed and compared to existing geomorphological and geophysical data from DATED-1 dataset (Hughes et al. 2016). Results from our simulations suggest that the sub-shelf melting has a strong control on the BSIS retreat during the deglaciation and plays a fundamental role in triggering grounding-line retreat in fast-flowing areas. This suggests that to correlate the Antarctic response to ongoing and future ocean warming, a close look at the sub-shelf melting modelling is mandatory.

Short biography
After getting a master degree in Mathematics at the end of 2014, I started a PhD project at the University of Trieste in collaboration with the OGS Institute, Trieste, Italy. The main aim of the PhD project was to reconstruct with numerical ice sheet models the last deglaciation of the Eurasian Ice Sheet, with a particular focus on ice-ocean interaction and ice stream dynamics. After getting my PhD, I started a postdoc at TUDelft, joining Miren Vizcaino's research group. The aim of the project is to bi-directionally couple CISM ice sheet model with CESM earth system model in order to perform transient coupled simulations of the last deglaciation of the Northern Hemisphere Ice Sheets. 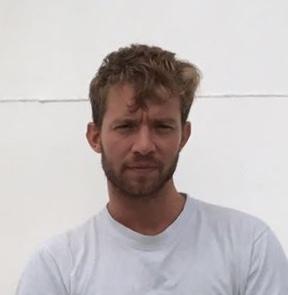