Maritime Law and City Law: Travelling in the Nordic Regions

Session based on the Middle Ages law material within the themes maritime law and city law. Aims to examine how the legal situation was for those who traveled over large distances and crossed the territorial boundaries of areas of law. A panel discussion where the audience will be invited to participate with questions and comments.

The Long Life of the Ancient Gods: Receptions of Pagan Mythologies

The numerous medieval Icelandic sources dealing with the heathen gods of the North are unique and unparalleled in other Germanic literatures. Still, these sources have to be evaluated with the Christian milieus of their transmission in mind - as is the case with sources of the pagan past from other European cultures. Thus, this session adopts a medieval European perspective on the material and takes up the learned and literary uses of the heathen pantheon from the High Middle Ages to the Early Modern period. It will focus on the tendency to identify Scandinavian gods with figures foreign to Scandinavia, in particular with the gods of Greece and Rome and with figures from the Troy cycle. This inclination to explain the Norse gods through such identification can be observed even in the oldest textual sources, and has been remarkably long-lived, surviving well into the modern era. Another tendency is to treat heathen gods as literary figures whose shape is influenced by other literary characters and consequently their image develops and changes over time.

More than 50 posters are on display during the conference. They cover a wide range of topics and research disciplines and thus indicate the quality and quantity of Medieval Studies in Bergen today. The posters present individual projects, collaborative projects and projected fields of research groups. Many of these are the work of younger scholars educated in Bergen. As such, they bear witness to the traditions and the high level of activity in the field of Medieval Studies. Through these posters you are welcome to explore the richness of Medieval research in Bergen.

From Manuscript Fragments to Book History

This session explores Norwegian medieval book culture and its European connections through surviving manuscript fragments. There will be particular focus on the links to French and English cultural centres. Attendants can browse through sample manuscript fragments in an interactive installation.

In universities today there is a growing emphasis on securing external funding by winning very competitive grants on the local, national, or international level. The speakers on this panel will share their experiences leading large funded projects on a range of topics concerning medieval religion and literature, from fifth-century Egypt to fifteenth-century England. We will learn about their projects' scope, methods, and results so far, and what advice for success these researchers can offer.

In the Middle Ages, church singers used to improvise the polyphony "upon the book", adding one, two or three voices to a written gregorian melody. In this talk, the French ensemble Coclico and its artistic director Barnabé Janin explain and demonstrate some of the main medieval techniques for improvising polyphony, from the 9th up to the 15th century.

The talks in this session give a presentation of recent trends and studies in archaeology. Implicit in studies ‘from below’ archeological sources set the agenda, and thematically the lives and worlds of ordinary people are at focus. Themes are approached through the lenses of actors from lower levels of the social hierarchy. The studies cross over traditional boarders within archaeology and between culture and nature studies and are in this sense cross disciplinary.

This trans-disciplinary session focus on the instrumental aspects of Christian piety and devotional practices; the interrelationship between material culture and religious life with attention to how music, prayer books, poetry, images etc. intensified and expressed religious sentiments, ideas and piety in Christian Culture. Practices that related to the inter- and multi-mediality of cultic and cultural artefacts, as well as the sensorial and inter-sensorial dimensions of a wide array of cultural concepts and practices within medieval religion with particular relevance to the understanding of cognition and memory in medieval Europe.

Right from the start of Bergens Museum’s foundation in 1825, the church art of the Middle Ages in Norway was at the centre of the museum’s immediate attention. The church art is remnants of the Catholic cult. In the later 19th century, post-reformation church art also came into focus. Welcome to a guided visit of the collection, by the director of the University Museum of Bergen, Henrik von Achen. 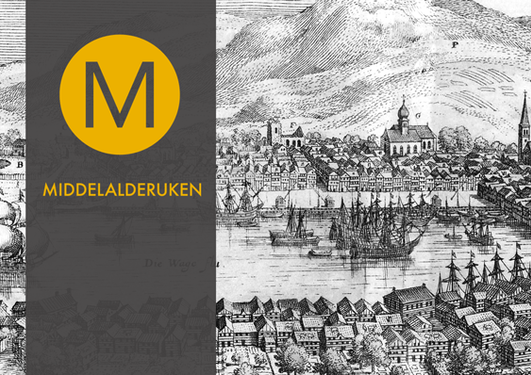