Media Spectacle from 9/11 to the 2008 US Presidential Election and the Obama Era: Some Critical Reflections.

Professor Douglas Kellner from University of California, Los Angeles will be visiting the Institute.

Douglas Kellner is George Kneller Chair in the Philosophy of Education at UCLA and is author of many books on social theory, politics, history, and culture, including Camera Politica: The Politics and Ideology of Contemporary Hollywood Film, co-authored with Michael Ryan; Critical Theory, Marxism, and Modernity; Jean Baudrillard: From Marxism to Postmodernism and Beyond; works in cultural studies such as Media Culture and Media Spectacle; a trilogy of books on postmodern theory with Steve Best; and a trilogy of books on the media and the Bush administration, encompassing Grand Theft 2000, From 9/11 to Terror War, and Media Spectacle and the Crisis of Democracy. Author of Herbert Marcuse and the Crisis of Marxism, Kellner is editing collected papers of Herbert Marcuse, four volumes of which have appeared with Routledge. Kellner's Guys and Guns Amok:  Domestic Terrorism and School Shootings from the Oklahoma City Bombings to the Virginia Tech Massacre won the 2008 AESA award as the best book on education. Forthcoming in 2009 with Blackwell is Kellner's Cinema Wars: Hollywood Film and Politics in the Bush/Cheney Era.

I'll elaborate my theory of media spectacle as a key to interpreting contemporary culture and politics, arguing that media spectacle has become a global phenomenon, discussing a range of political spectacles, from megaspectacles that constitute a historical era such as the 1990-1991 Gulf War and the era of Terror War that characterized the Bush-Cheney era to the current era of the Obama spectacle. I will argue that politics, war, and media events are currently organizing around media spectacle, and illustrate the theory with an analysis of the role of media spectacle in the 2008 US presidential election and Obama spectacle, and the Michael Jackson spectacle which dominated news in the US in the summer of 2009, just as the OJ Simpson murder and trial spectacle dominated news in the middle 1990s. Finally, I highlight how my analysis combines a Marxian political economy approach to media influenced by the Frankfurt School, British cultural studies, and French Situationist and postmodern theory. 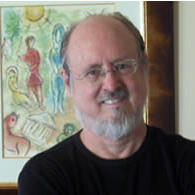