I've come to discover the garden’s blue lattice of pipes, drains and waterways and how they pulse throughout the year. If the Arboretet is a body, then its blue infrastructure is its vascular system. I’ve come to think of movement of water around the gardens as in an anatomical diagram, made up of a network of different veins. There is modern infrastructure; pipes delivering potable water and taking away sewage, drains dug alongside paths, and pipes for transporting surface water. But there are also bygone forms of drainage belonging to a time when that land was farmed.

There are places where waterways disappear into subterranean streams – ditches dug out and filled with stones – to resurface under a tree somewhere. And there is of course the natural system of waterways where the rainfall interacts with the landscape; places where water gathers in ponds or wetland sponges, or finds its way downhill – threading through the trees and digging out runnels between their roots.

Large tracts of the garden’s vascular system remain undiscovered, or are in constant flux and need of repair. The gardeners show me the ancient drainage systems they discover as they work, and when the autumn rains teemed down, I was out inspecting soggy hillsides to find out which routes the water chooses to take. Like surgeons, the gardeners attend to these veins, bypassing blocked arteries or flushing them out. This can be a major job – a new pipeline was installed along the access road – but more often than not it's bricolage; using the tools at hand for creative solutions. This maintenance sets a pattern to a gardener’s work.

As in the vascular system, water pulses through the garden’s blue infrastructure at different rhythms with the seasons. In January and February those wet areas freeze over, the mud hardens, and the gardeners can fell trees more easily. At the same time, when I recently – in January – went to wash my tools, I found the rubber hose outside the workshop frozen solid! By June/July – on the relatively rare occasion of droughts at Milde – the veins can turn dry and the plants thirsty. One gardener told me about a drought in the past few years where they had to set up a hasty irrigation system, pumping water up to the rhododendron collection from a pond at the bottom of the hill. And by October and November, the drains run deep with autumn rain, washing away (and clogging with) the rust-coloured leaves.

Part of getting a feel for the tempo of life in the gardens is keeping a finger on the rising and lowering pulse in its blue arteries. With climate science projecting increased rainfall along western Norway, we may find this pulse racing.

This is the fifth blog post from Dr. Scott Bremer doing fieldwork in the University Gardens. You can read the other blogs here. 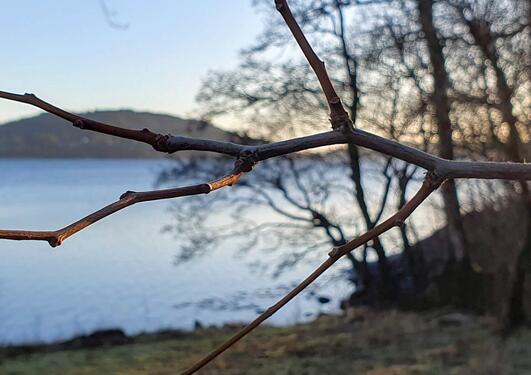 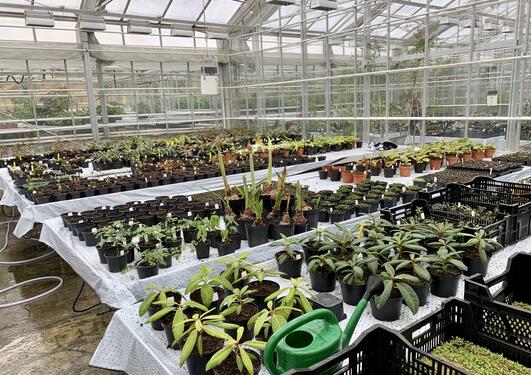 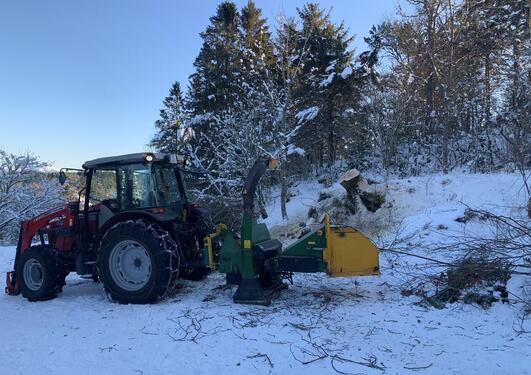 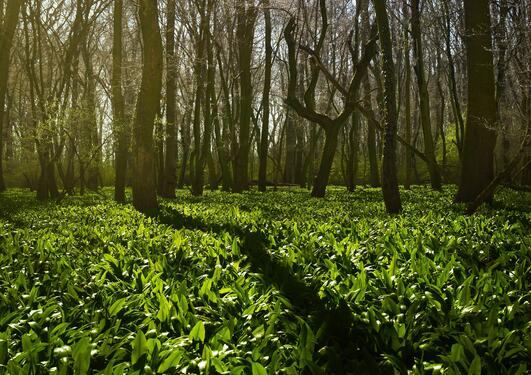 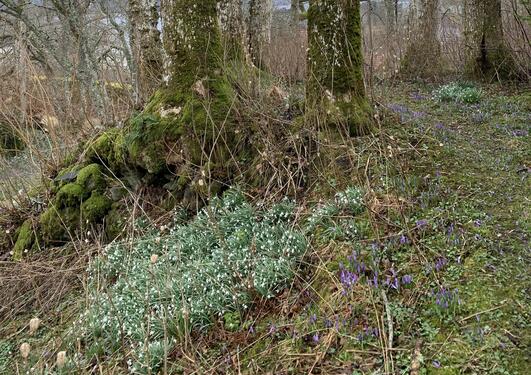