About the lecture (held in English):

The particle radiation felt by satellites in space and the beautiful auroral displays that we sometimes get to enjoy here in the northern regions of the world are two well-known features of the Earth-space environment. They are but two examples of effects caused by the interaction between the solar wind - a stream of high-energy particles constantly blowing out from the Sun across the solar system – and the Earth’s magnetic field, which prevents most of the particles from penetrating into the atmosphere. The state of the space environment is continually changing in tune with that interaction and this is what we call space weather.

It may come as a big surprise to many that major space weather effects can also be created by human activity. Human-caused effects on the space environment started in the late 19th century and reached their peak in the 1960s when high-altitude nuclear explosions were carried out by the USA and the Soviet Union. These explosions created artificial radiation belts near Earth that resulted in major damage to several satellites. Another, unexpected impact of the high-altitude nuclear tests was the creation of electromagnetic pulses, known as EMP events, that can have devastating effects over regions as large as the continental United States. In his talk, Daniel Baker will describe the multitude of human interventions in the space environment that have occurred historically and continue, albeit at a much lesser degree, today. He will also ponder the question of what might happen if modern technological systems were subjected to the rigors of high altitude nuclear explosions.

Refreshments will be served before the lecture, which starts at 15.15 pm on Thursday 22 of June in "Egget" at the Student Centre. Everybody is welcome!

Daniel N. Baker is Director of the Laboratory for Atmospheric and Space Physics at University of Colorado at Boulder, where he presently holds the Moog-Broad Reach Endowed Chair of Space Sciences as well as several other distinguished professorships. He received his PhD working under Prof. James A. Van Allen and subsequently worked with Prof. Edward C. Stone as a Research Fellow in the Department of Physics at the California Institute of Technology.  He was Group Leader for Space Plasma Physics at Los Alamos National Laboratory (1980-87) and was Division Chief at NASA’s Goddard Space Flight Center (1987-1994). He has edited eight books and published over 750 papers in the refereed literature. He currently is lead investigator on several NASA space missions including the recently completed MESSENGER mission to Mercury, the NASA Magnetospheric Multiscale (MMS) mission, and the NASA Radiation Belt Storm Probes (Van Allen Probes) mission.

Dr. Baker is a Fellow of the American Geophysical Union, the International Academy of Astronautics, the American Institute of Aeronautics and Astronautics, and the American Association for the Advancement of Science. He is an Associate of the US National Academies (2004) and is a member of the US National Academy of Engineering.  Dr. Baker is the recipient of a large number of additional prestigious accolades, which bear testament to his recognition and influence worldwide.  Amongst them, to mention just a few, he was chosen as a 2007 winner of the University of Colorado’s Robert L. Stearns Award for outstanding research, service and teaching was the 2010 winner of the AIAA James A. Van Allen Space Environments Medal, received in 2015 the Shen Kuo Medal of the International Association of Aeronomy and Magnetism for his interdisciplinary leadership in space and Earth sciences, and was chosen in 2016 as winner of the Colorado Governor’s Award for High-Impact Research related to his Space Weather research. 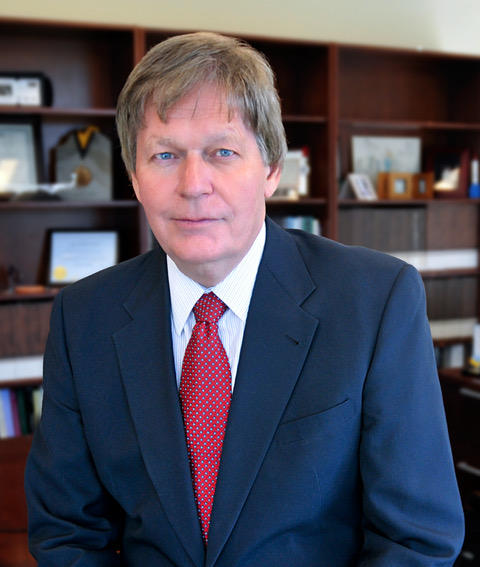 Daniel N. Baker is Director of the Laboratory for Atmospheric and Space Physics at University of Colorado at Boulder, USA.
Foto/ill.:
Daniel N. Baker
10.06.2020