Fuel Cell - What is it and what are the benefits? - Crina Ilea (Prototech)

On the 10th of January during the weekly Energy Lab lunch meeting we were visited by Dr. Crina Silva Ilea, senior researcher at CMR Prototech AS. Crina’s work is mainly related to fuel cells, and she has many interesting ongoing projects such as developing the Green Fish Farm concept. This is a fish farm which uses renewable technologies for power generation, electrolysis for hydrogen and oxygen production as well as smart solutions to handle waste generated by the fish.

In her presentation, Crina gave a brief introduction on the basics of how a fuel cell works and the various applications and benefits of them. Fuel cells operate on a large range of temperatures, with for example Alkaline Fuel Cells (AFC) working on temperatures between 60 to 120 °C whereas Solid Oxide Fuel Cells (SOFC) work between 900 - 1000°C. SOFC’s are characterised by being clean, reliable and can in combination with heat recovery reach total system efficiencies up to 85 %. Crina explained in more detail about the SOFC; their specifications, how they can be stacked to increase the output power, how the triple phase boundary mechanism works and also how nanopowders can improve properties of the fuel cells.

Finally, Crina spoke about previous and current projects at Prototech. Already in 1997, Prototech together with Statoil developed a 2.5 kW SOFC prototype, the first planar SOFC with a complete balance of plant to be tested. Afterwards Prototech has also designed and manufactured a 3+3 kW SOFC for combined heat and power, sponsored by BKK and Innovation Norway. Now they are working on several projects such as Clean Highly Efficient Offshore Power (CHEOP), hydrogen ferries, the Green Fish Farm and fuel cells for space applications.

See here for the full program of the spring semester. 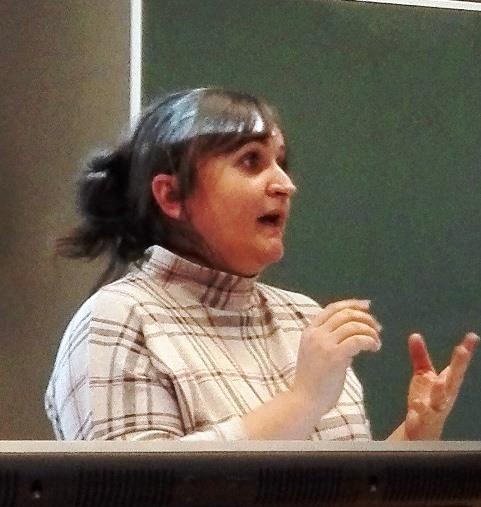