There has not been added a translated version of this content. You can either try searching or go to the "area" home page to see if you can find the information there
The Egalitarianism project

The Bitcoin Embassy, Tel Aviv. People are standing in front of a Bitcoin ATM, which is operated by Bits of Gold Company. Commission on purchases are 4%-5%.
Foto/ill.:
Matan Ilan Shapiro

The contemporary cryptocurrency boom is interesting not only because it has by now become a buzz-word in fintech (financial technology), cyberspace, and marketing business ecologies; but also because it actually includes vibrant communities of people who trade in cryptocurrency on a daily basis in every major urban centre on the planet. Many of them see in cryptocurrency a liberating social force that may bring into existence a whole new financial, legal and moral system, a late-modern grassroots revolution of sorts. My study focuses on these people, their dreams, their values, their life-experiences, and their political ideologies.

"Trustless" Sociality in Cryptocurrency Use

Cryptocurrency is a digital system designed to regulate the online transfer of monetary values between peers in ways that circumvent intermediaries such as banks, regulators, credit firms and other financial institutions. The concept first emerged during the 1990s in a series of working papers circulated on the California-based 'cypherpunk' electronic mailing list, whose recipients were mainly cryptographers, computer programmers and mathematicians interested in online privacy issues and cyber-libertarianism more generally. Well known contemporary examples include Bitcoin and Ethereum, but hundreds of other currencies now exist, and they multiply by the day.

The defining feature of all cryptocurrencies is the use of an open-source cryptography devised specifically to decentralize financial transactions. It's called 'the blockchain', which is, elementally, an online ledger. Unlike traditional ledgers, however, the blockchain never preserves data in one central hub. Rather, it transparently distributes it across the millions of computers that use its accounting services. The system is thus powered by the shared computation capabilities of its multiple individual components (or nodes).

The name is quite straight forward: recording pre-encrypted peer-to-peer transactions in real time, every few minutes the system seals all valid transactions in a 'block' that is automatically linked to the chain of all the blocks verified beforehand, back to the very first block ever created. The ongoing growth of this chain is recursive, autonomous and irreversible, and it is therefore considered safe and credible. This means that you do not need to trust a third or external human party to validate the value of your money, a property referred to by crypto-users as 'trsustlessness'.

Enthusiasts claim that 'trustless' blockchain-based innovations may provide the technical infrastructure for a large-scale egalitarian reorganization of the entire global finance industry. Active 'evangelists' – i.e. promoters of different coins or related technologies more broadly – even go further, arguing that a 'blockchain revolution' could give rise to a whole new system of governance that would at once allow for complex collective processes to take place while always protecting the autonomy and privacy of individual citizens. The trend – or bubble, as some argue – is growing exponentially as you read these lines.

Cryptogenesis and the Public Sphere

I use the neologism 'cryptogenesis' to refer to the increasing normalization of trustless sociality and decentralized modes of exchange both on and offline in different social contexts. I thus look at the blockchain as a neutral technical apparatus, which globalizes a principle of action: decentralized, peer-to-peer exchange along a distributed network of interconnected ports/nodes. From this perspective the use of different cryptocurrencies becomes a template on which alterity emerges spontaneously, and consequently, a tool that allows for the vernacular production of value in distributed form.

Assuming that cryptogenesis inevitably vary in form and content, then, my research unpacks and explicates the practise of the cryptocurrency space across three distinct field-sites: the bustling Israeli fintech scene; several ongoing libertarian experimentations in Europe, including the micro-nation Liberland and the private city Liberstad in southern Norway; and Ethereum and Bitcoin traders in Lisbon.

Analytically, in each of these field-sites I elaborate two main lines of investigation. First, I focus on the effects of the rhizomic dynamic of the blockchain on social configurations, boundaries, associations, agglomerations, divisions, chains, alliances, and identities. Second, I explore the intrinsic tension between anonymity and transparency in the lives of people who use cryptocurrency on a daily basis.  How does masking coincide with the egalitarian spirit that cryptocurrency-evangelists aim to popularize? How is intimacy shaped in the context of 'trustless' exchange relations? And, how these fresh new forms of governance impact hierarchic power structures and authoritative institutions at large?

The project will result in several academic articles and a full-length monograph. Additionally, I regularly publish posts on the Cryptogenesis Facebook Page. Stay tuned, express your opinion and contribute: https://www.facebook.com/Cryptogenesis.Bergen/ 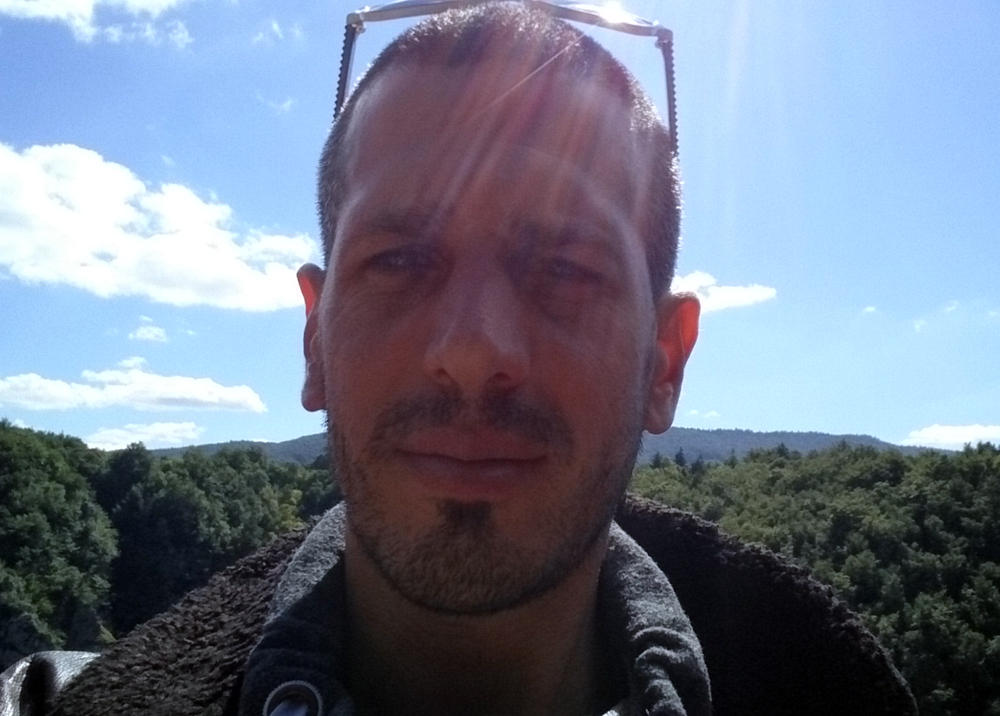 Postdoctoral Fellow Matan Ilan Shapiro. Beneath we see 1) A sign promoting 'the new economy', Bitcoin Embassy, Tel Aviv, 2) Prof. Aviv Zohar from the Hebrew University lecturing on Bitcoin security algorithms at a Cyber Security Conference on Decentralized Cryptocurrencis and Blockchains, Technion, Haifa, September 2017 and 3) Graffiti inscriptions on the toilet wall at the Bitcoin Embassy in Tel Aviv. Line in the middle reads: 'Bitcoin is an international language of freedom (that) breaks down barriers and oppression'
Foto/ill.:
Matan Ilan Shapiro 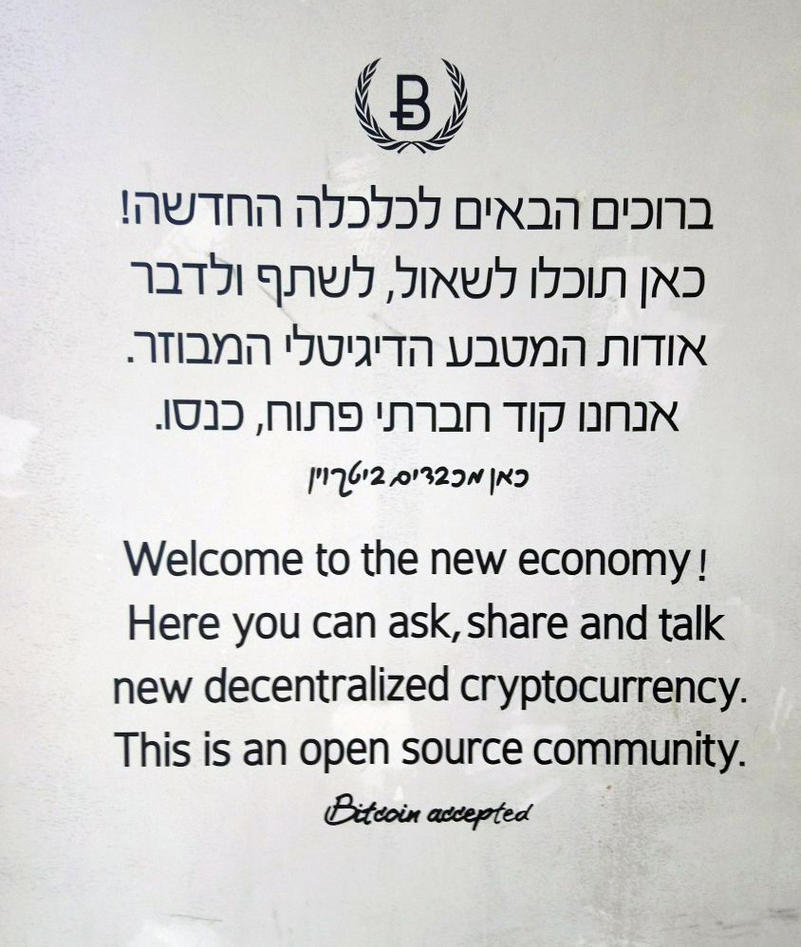 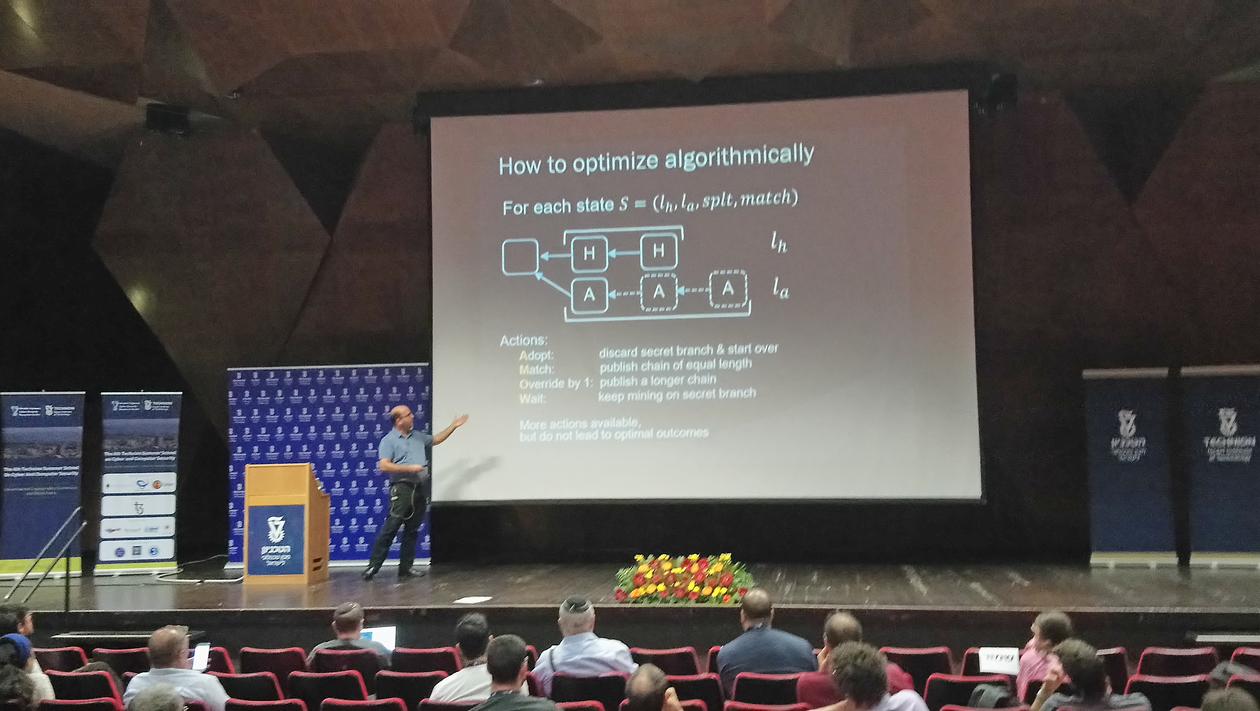 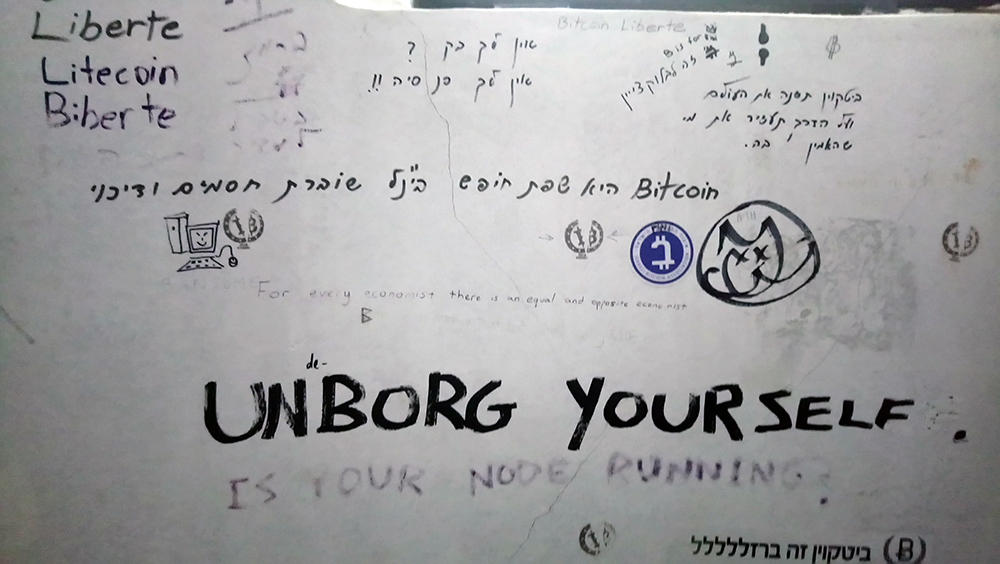