There has not been added a translated version of this content. You can either try searching or go to the "area" home page to see if you can find the information there
studies

An i-gel and face-mask used in the study
Foto/ill.:
Bodoni

The estimated enrolment in the Trial is 1240 participants over a period of around 1 year in Mulago Hospital, Kampala, Uganda. The trial participants are new-born babies of both sexes in need of positive pressure ventilation during resuscitation. All neonates will be born in the study hospitals, be “full term” (at least 34 weeks) and have an expected birth weight of 2000g. Any neonate with major malformations that are incompatible with sustained life or affecting the airways will be excluded from the study. The outcome measures (including early neonatal death or neonatal encephalopathy or any hospital admissions) will be assessed for each infant’s first 7 days of life.

An important cause of neonatal death is asphyxia (a deficiency in oxygen supply). Effective ventilation during neonatal resuscitation is crucial to reduce these deaths. In many low-income countries, midwives manage asphyxiated newborns with face-mask ventilation (FMV). However, this technique is difficult to master. This Trial is based on a pilot study where we showed that midwives could rapidly learn to use the cuffless supraglottic airway (LMA) in asphyxiated newborns. Not only were they able to safely ventilate during resuscitation, but the new-borns also recovered faster than with the face-mask.

Although the beneficial effect of a supraglottic airway device in the context of neonatal resuscitation has been reported, no large studies so far powered to assess mortality and morbidity have been carried out. The researchers hypothesize that effective ventilation will be easier to achieve with a supraglottic airway device (LMA) than with a face-mask (FMV), decreasing early neonatal mortality and brain injury from neonatal encephalopathy. The findings of this study will be important for middle and low-resource settings where the majority of intrapartum-related events occur.

The trial protocol for this study: 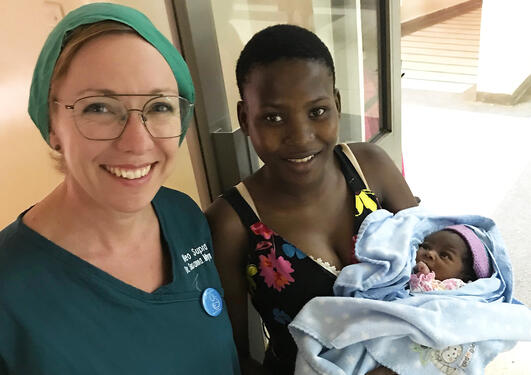 Susanna Myrnerts Höök is a Paediatric Specialist from the Sachs' Children and Youth Hospital, Stockholm, Sweden. The last 4 years she has been involved in research projects focusing on neonatal resuscitation in Kampala, Uganda, a low-resource setting. The work led her to start a PhD September 2016. 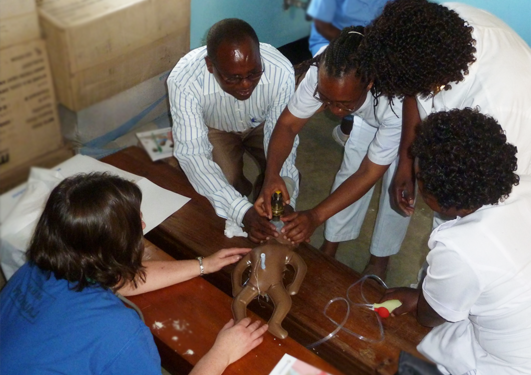