There has not been added a translated version of this content. You can either try searching or go to the "area" home page to see if you can find the information there
CCBIO/Harvard INTPART collaboration

Iceland’s dramatic landscape served as backdrop for generating ideas and action plans for new collaborations between the University of Bergen/CCBIO and Harvard Medical School/Vascular Biology Program in a meeting August 29th to September 3rd.

The collaboration was seeded years ago, in 2004-2005, when CCBIO’s director, Lars A. Akslen, did a sabbatical at Harvard Medical School, the Vascular Biology Program (VBP) at Boston Children’s Hospital (BCH) under the mentorship of Professor Judah Folkman.  Research collaborations between the UiB and the VBP were formed in the years to come, and took on yet another dimension in October 2015, when CCBIO received INTPART-support for their project “Bergen-Harvard Cancer Studies: A Partnership for Excellent Education and Research”.

The program aimed to promote students’ education and exchange between the University of Bergen and the Vascular Biology Program at BCH and Harvard Medical School. Since then, Harvard faculty has contributed at several CCBIO courses and seminars, giving our students the opportunity to be educated by researchers from one of the world's leading universities. Two batches of CCBIO students have also been attending summer school at different labs in the VBP, and have returned with important new knowledge and connections.

This summer, the UiB’s Medical faculty celebrated the success of the project by rewarding the CCBIO coordinator of the project, Researcher Elisabeth Wik, with the Faculty Internationalization Award.

Iceland turned out to be a perfect meeting place more or less halfway between Bergen and Boston. The organizers, Elisabeth Wik and Assistant Professor Michael Rogers at Harvard Medical School/Boston Children’s Hospital, backed up by the initiators Professor Lars A. Akslen, Professor and CCBIO PI Roger Strand, and Professor Marsha A. Moses, Director of the VBP at Boston Children's Hospital, wanted this meeting to enable cross-fertilization between groups and to generate ideas and action plans for new collaborations. Interaction and ad hoc meetings should be the primary focus. Inspired by the dramatic landscape, Professor Akslen expressed a hope that the 45 participants should be stimulated to scientific eruptions!

Getting an overview of each other’s research

The first two days consisted in large of introductions, consisting of 5 minutes’ project presentations and pitches from the majority of the participants. These were meant to introduce interests, resources, and skills to the group so that they could find areas where individual groups complemented each other. Before their presentations, all were asked not to be comprehensive, but seek to generate interest in collaborative work. The details could then be discussed in ad hoc meetings or over meals during the 4 whole days of the meeting.

Besides short project presentations, the scientific program consisted of lectures and workshops on quite different topics, aimed to give inspiration, provide food for thought, show common grounds and differences, and hopefully provide new ideas. See the full program here.

Professor Bruce Zetter from the VBP set the scene with the saga of the epithelial cell, with strong similarities to the Norwegian vikings setting out to find new land and invading the new territory of Iceland. His very vivid lecture was an exercise in how to give a research presentation to remember, telling the story of your work.

Inspirational stories were also provided by among others Robert D’Amato from the VBP, who shared his career story and the results of scientific curiosity, dedication and persistence. The D’Amato lab discovered that thalidomide was a potent inhibitor of angiogenesis, leading to repurposing for blood born cancers and multiple myeloma therapy. VBP’s Randy Watnick told the story of his research path, including examples of collaborations and new ideas, hard work, obstacles, challenges and motivation, all the way up to incorporating a company. A pioneer in 3D organoid modeling, Amir Aref, from Translational Sciences at XSphera Bioscienses in Boston/Scientist at the Belfer Center for Applied Cancer Science within the Dana-Farber Cancer Institute at Harvard Medical School, explained his discoveries and showed intriguing technology which captures the patient’s own tumor microenvironment on microfluidic chips as 3D cultures, for the efficient testing of immune-oncology therapeutics. From CCBIO, among other PhD Candidate Hanna Dillekås provided inspiration, with the history of breast cancer - and how politics have influenced it.

Inspiration might also come from other ways of doing things. VBP’s Mike Rogers gave us an interesting overview of the learning methods used at Harvard Medical School. Traditional auditorium lectures are now only used for core material, as Active Learning has proved a much more productive learning method. This is problem-based learning, which shares benefits with case-based collaborative learning (CBCL). Diane Bielenberg and Roopali Roy, both from the VBP, gave a breakdown of the US mentor system. We do not have an equivalent in Norway, but organized or not, it is all a matter of who you seek advice from. “Build your own set of mentors regardless of formal organization, and take responsibility of your own learning,” they urged.

Our American colleagues in the audience also contributed with their practical insight in the patenting process, including the process of grant proposals, when CCBIO’s Research Adviser Yves Aubert explained current changes in Norwegian research policies and the requirements of patenting. Particularly the aspect of not publishing any results if they are to be patented, not even in a poster at a conference, is not common thinking for all European academics.

The meeting also included a variety of sessions devoted to ethical and societal aspects of cancer research, organized by the ELSA (Ethical, Legal and Social Aspects) research program of CCBIO. Indeed, almost a third of the meeting participants were affiliated with this program, including economists, social scientists, philosophers, ethicists and theoretically inclined cancer researchers.

Leader of the ELSA research program, Professor Roger Strand, is happy with the development in CCBIO. “A major accomplishment for CCBIO, which makes it almost unique on a global basis, is that we observed increasing integration and convergence between biomedical, ethical and societal aspects,” he says. “ELSA sessions are no longer specialist add-ons; they have become an intrinsic part of CCBIO as a research endeavor and now also an intrinsic aspect of the Boston-Bergen collaboration,” he concludes.

People certainly used the opportunities to get to know each other, and even the sightseeing day proved great for talking “shop” along Iceland’s fantastic sights. Feedback also shows the participants got ample opportunity for ad hoc meetings. The vast majority feel they left Iceland with valuable, new connections, strengthened connections and also new ideas and a broadened horizon.

The INTPART program encourages students’ education and exchange in particular, and our younger participants felt they came enriched from the Iceland meeting, as you can read in an interview with some of them in the full report from the meeting.

CCBIO INTPART main coordinator, Assoc. Prof Elisabeth Wik, summarizes the Iceland meeting as important in many aspects. “In the meeting activities, we could see consolidations of previously started project collaborations; new partnerships came into play; and students and junior researchers getting to know each other and learning from each other’s experiences, across research environments. I got the feeling that seeds were presented regarding future international collaborations also among the younger ones. Also the educational sessions added to the meeting’s excellence; providing lectures on topics not presented elsewhere at our university.”

Elisabeth Wik thanks everyone who participated, for their contributions in making the meeting the success it was. In particular, she thanks Dr. Michael Rogers for his strong contributions as the co-organizer.

Elisabeth concludes: “This was a true CCBIO-VBP collaborative effort, a major part of what we wanted to accomplish through the INTPART Phase-1 project.” 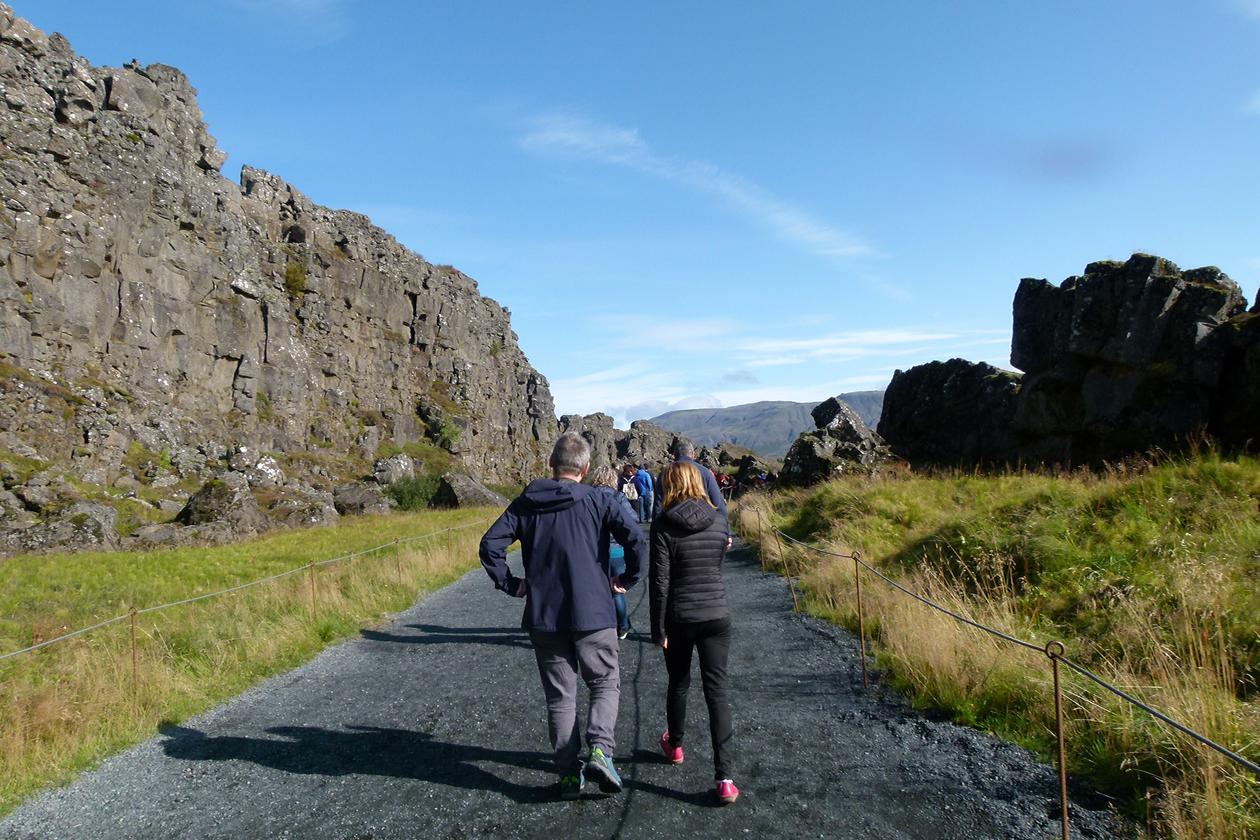 Scientific discussions while walking in between Eurasia and North America, in nowhereland between two tectonic plates.
Foto/ill.:
CCBIO/Eli Vidhammer 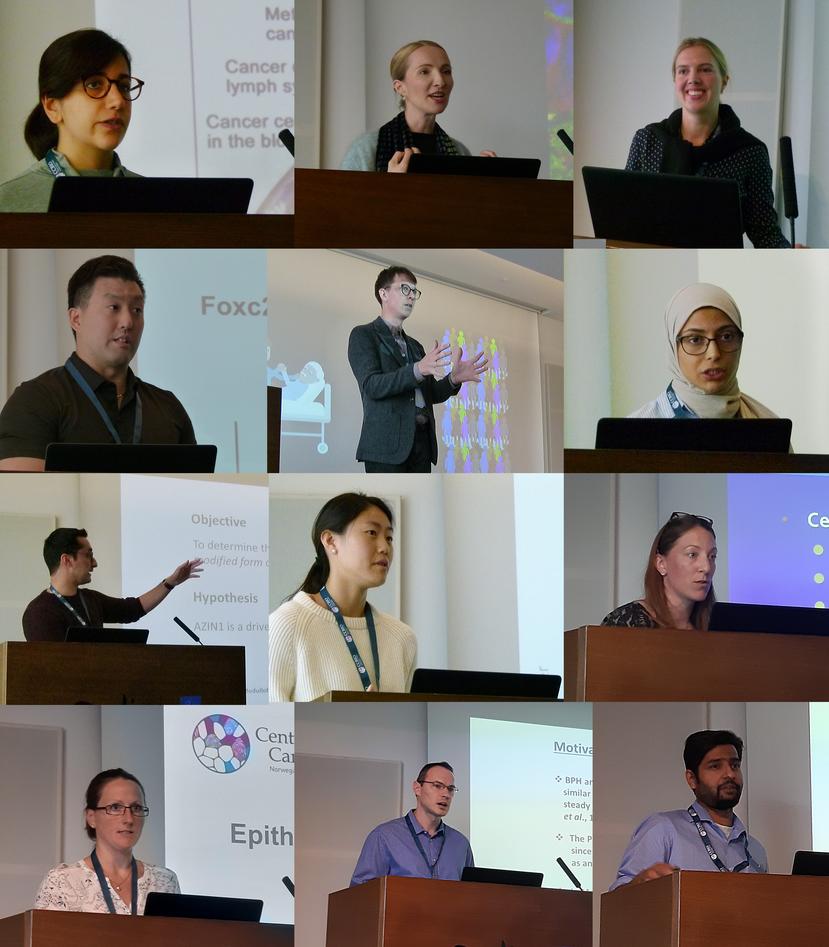 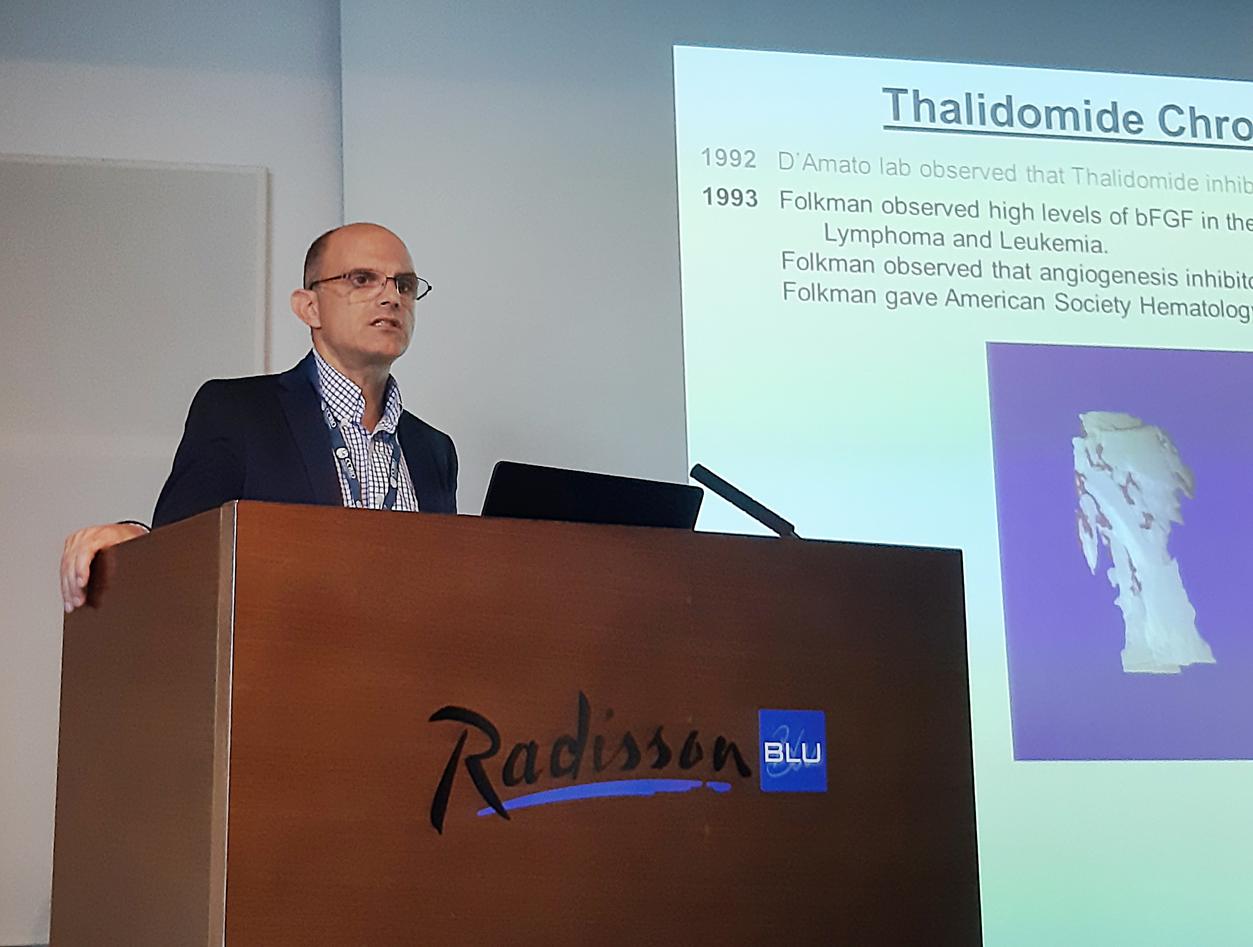 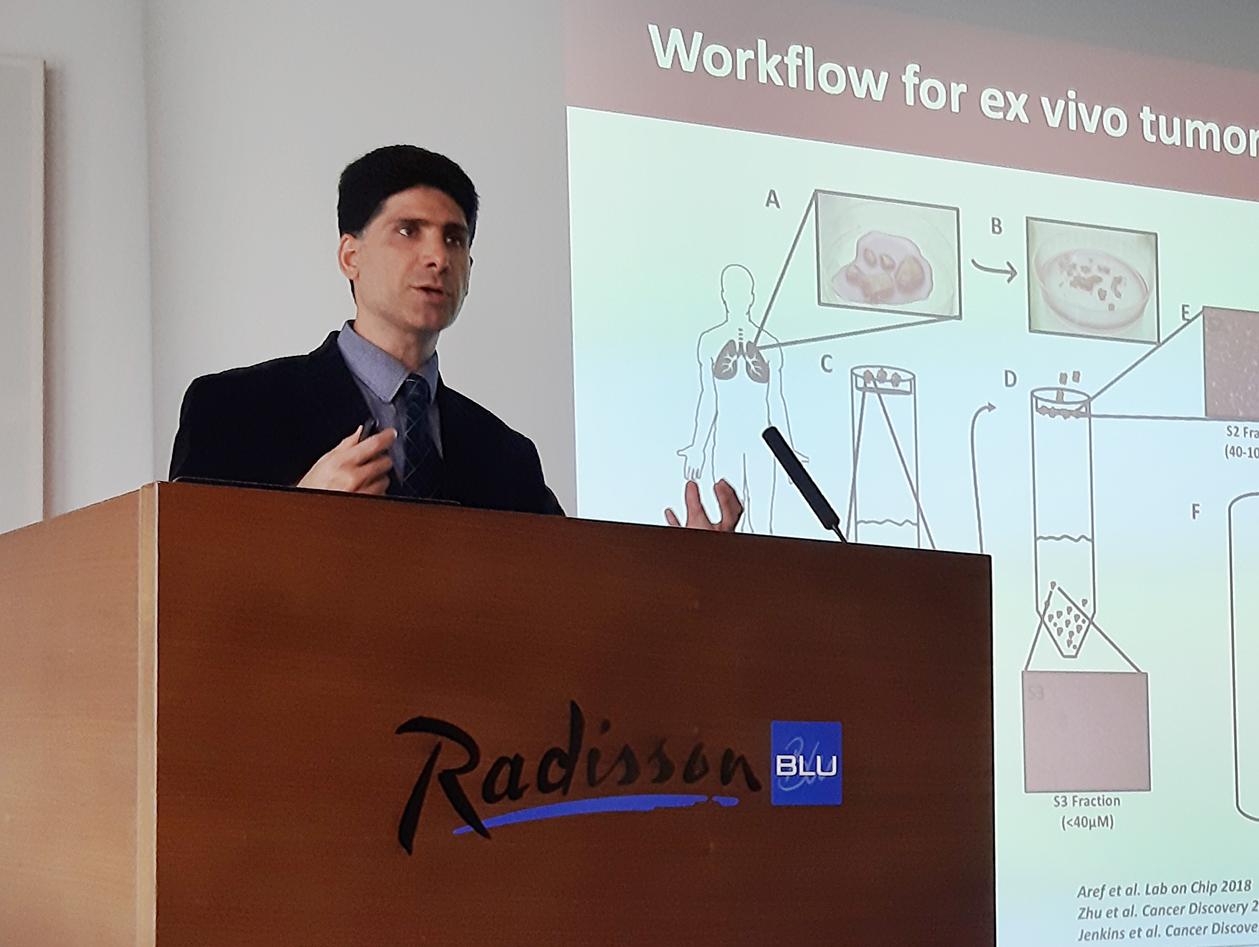 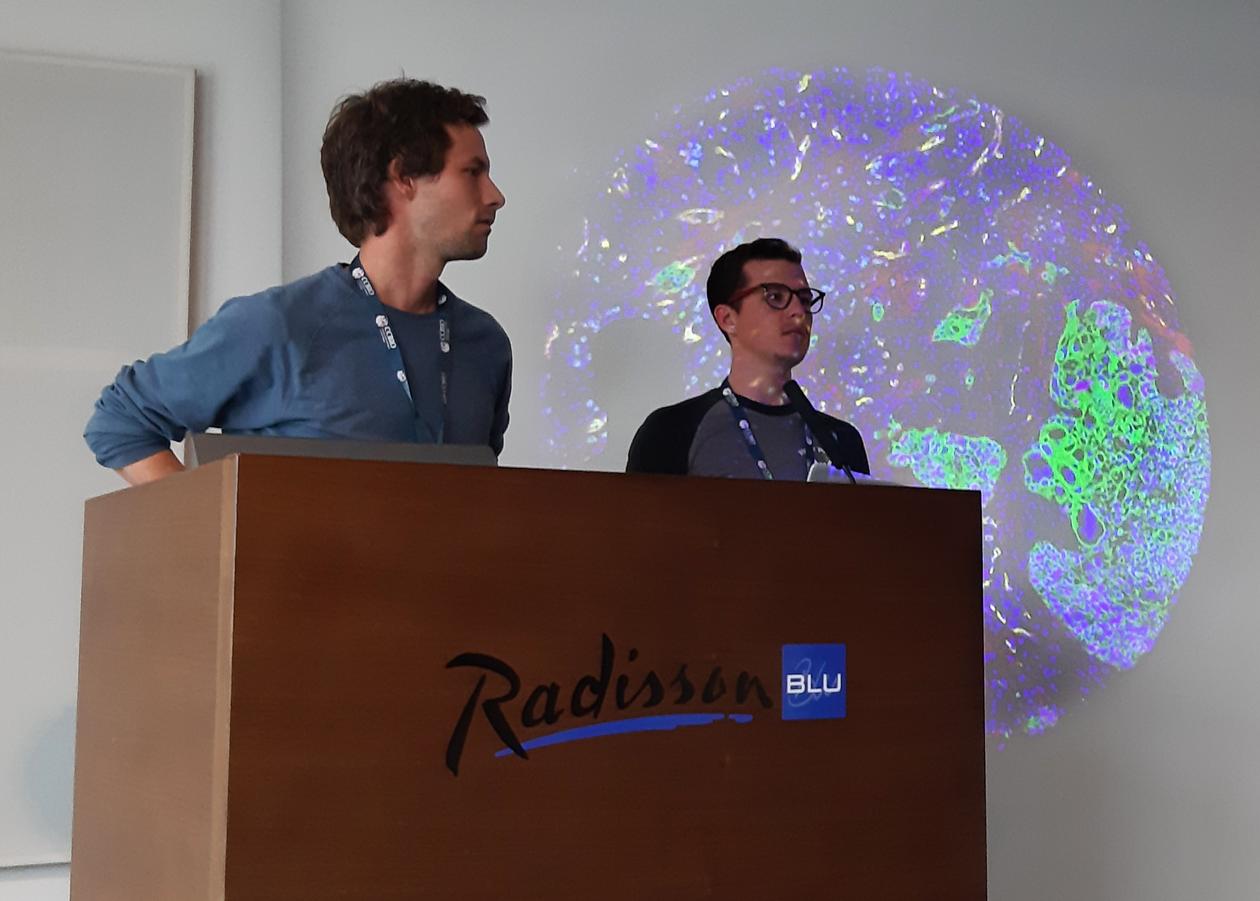 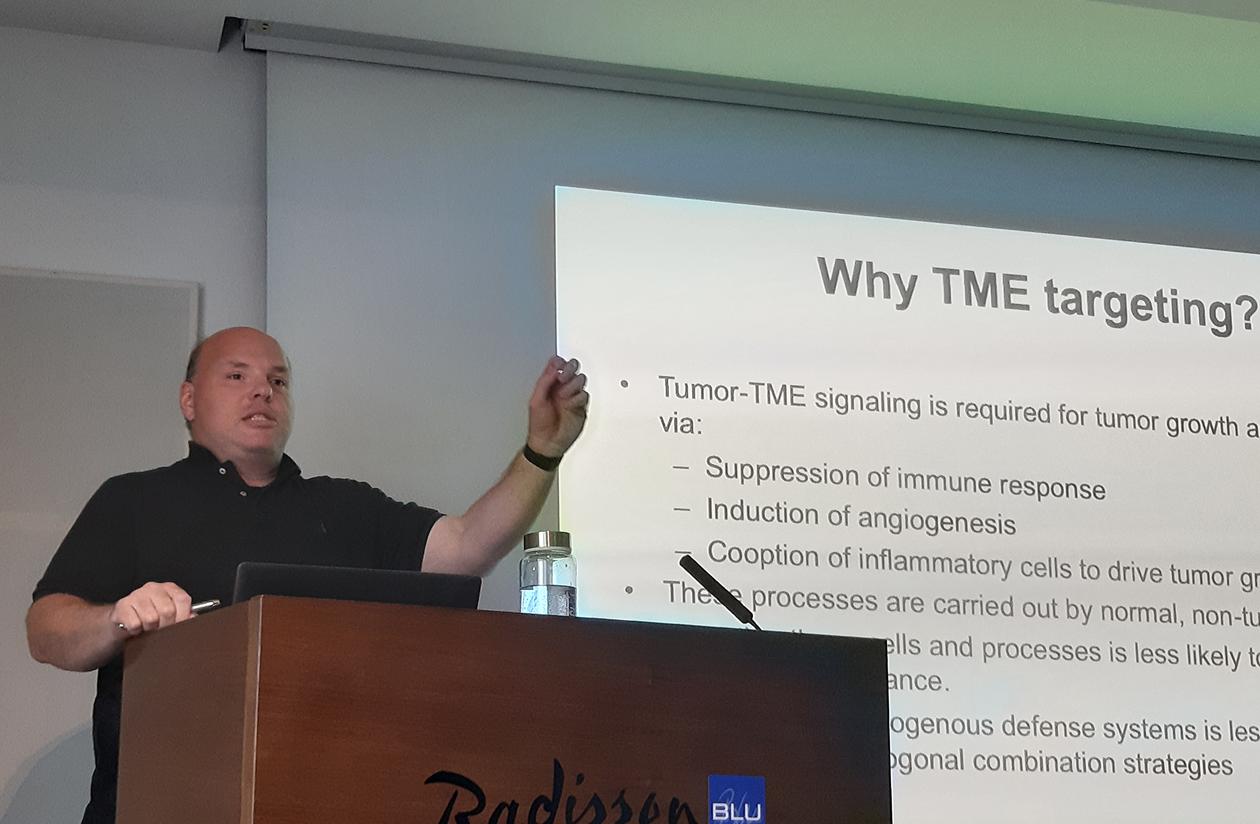 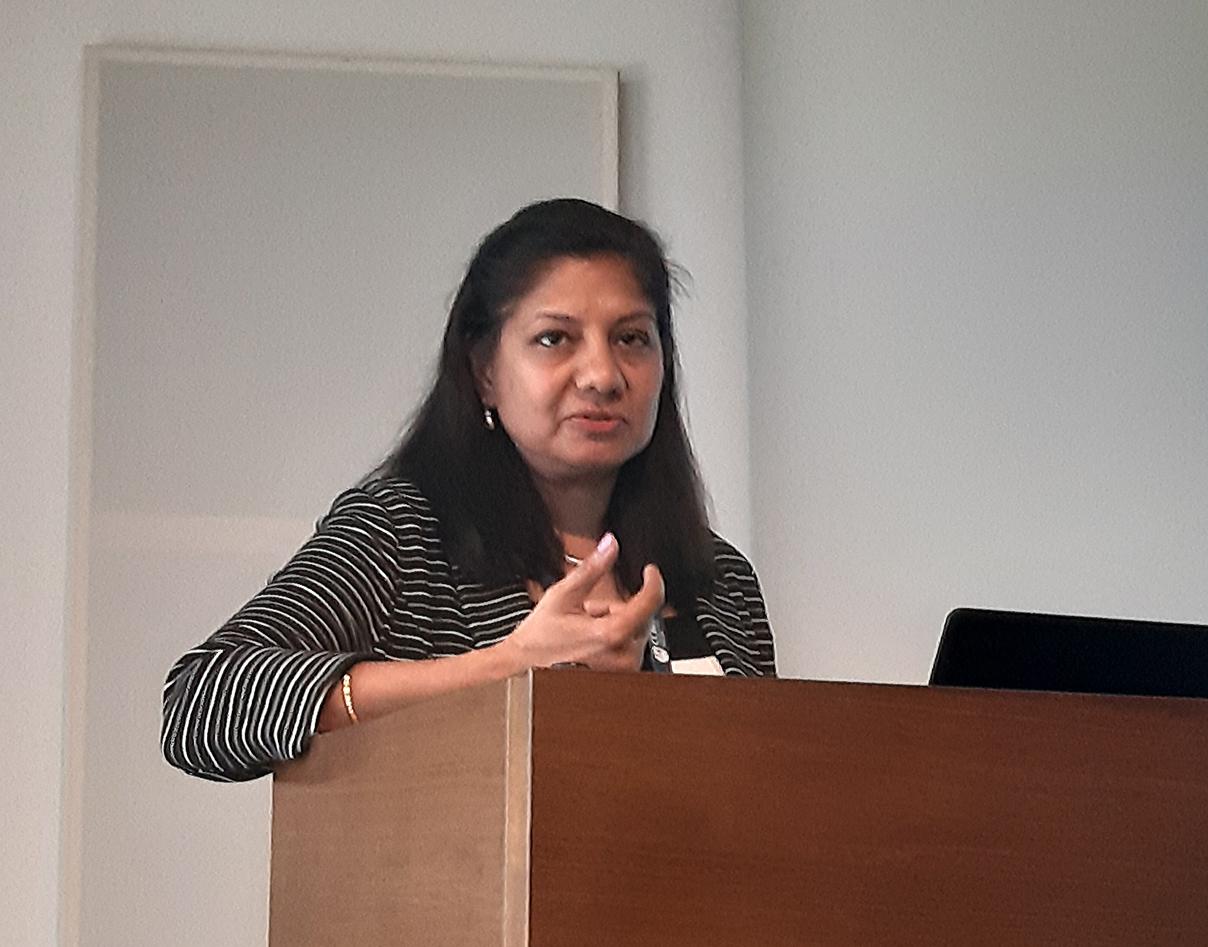 Roopali Roy urges all young researchers to build their own set of mentors regardless of formal organization, and take responsibility of their own learning.
Foto/ill.:
CCBIO/Eli Vidhammer 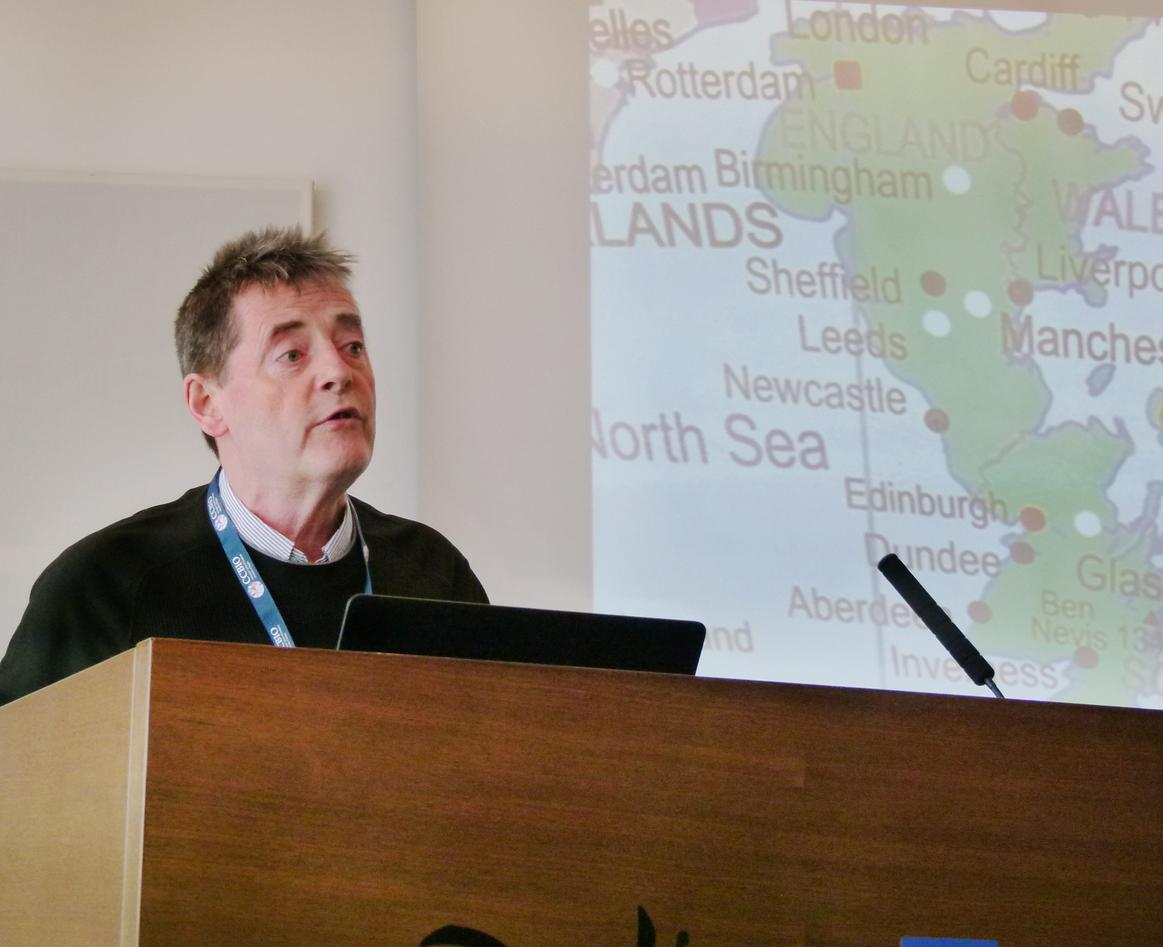 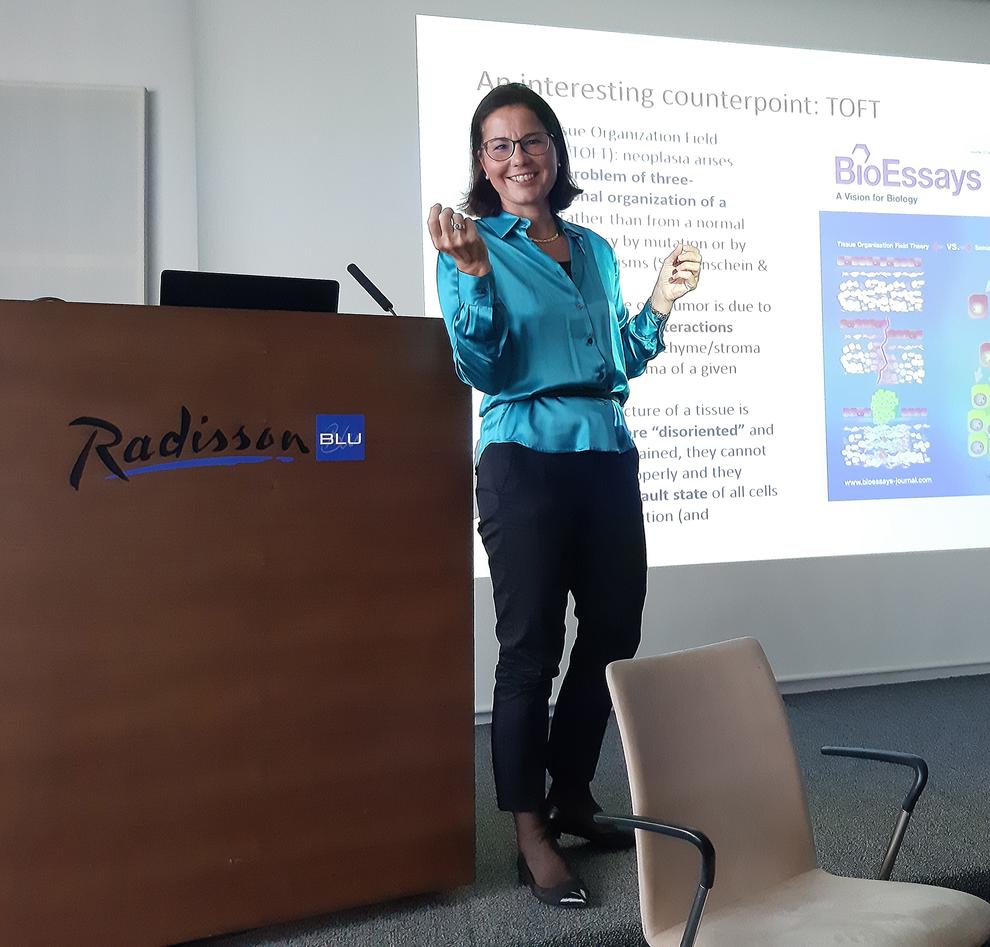 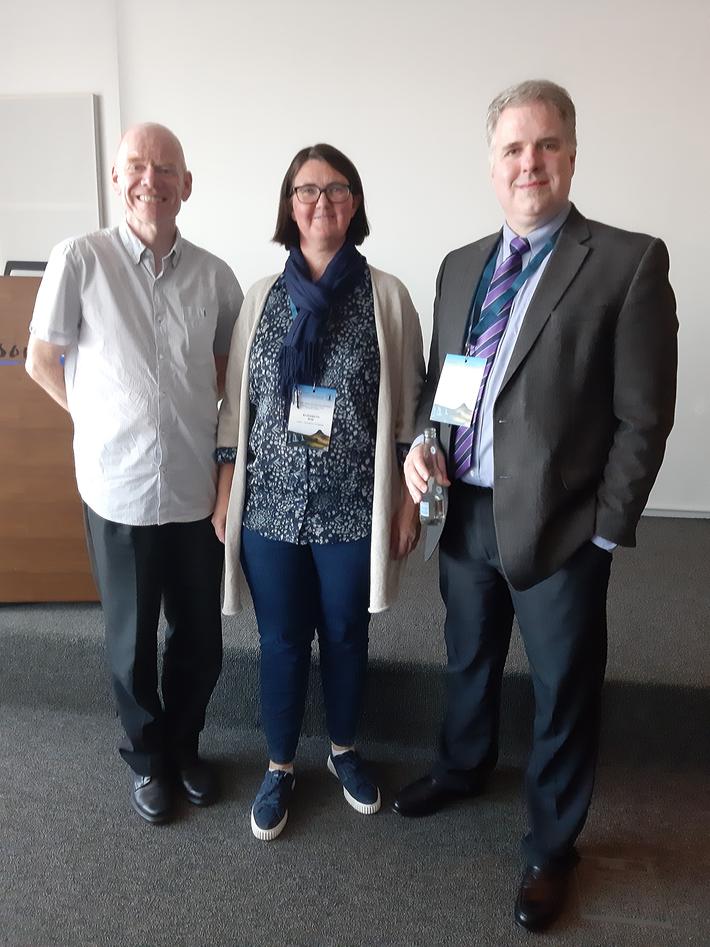 Happy organizers Elisabeth Wik and Mike Rogers after the last session, including one of the initiators, Roger Strand.
Foto/ill.:
CCBIO/Eli Vidhammer