Project title:  Music in diaspora -an ethnographic study of the roles and meanings of music among the Eritrean and Ethiopian diaspora in Bergen and its surroundings

The project aims at increasing insight about and understanding of the roles and meanings of music in diaspora. Through an ethnographic study of music in the Ethiopian and Eritrean diaspora in Bergen, the study will give knowledge about how music contributes to the imagination and performance of identity in a diasporic context. According to Statistics Norway, there are more than 21 000 Eritrean and about 11 500 Ethiopian immigrants in Norway, respectively the 2nd and 4th largest African national immigrant groups (www.ssb 2016).

What roles does music play for Ethiopian and Eritrean migrants in Norway?

How does music contribute to the imagination and performance of identity in a diasporic context?

Jan Magne Steinhovden is a PhD -candidate at UiB. He graduated as a music teacher at Bergen University College in 1992 and has since then primarily been teaching music at different levels including; primary and secondary schools, folk high schools (folkehøgskoler), Bible School and University College. He has also taken further studies in Intercultural Understanding (60 ECTS) at NLA University College and English Language Studies (60 ECTS) at University of Newcastle (UK). From 2006-2010 he spent four years working in Ethiopia, inclusive half a year of full time Amharic Language Studies. In 2012 he graduated with an MA in World Music Studies from the University of Sheffield (UK). His thesis focused on two Amharic terms, mäzmur and zäfän, often used to describe “acceptable” and “unacceptable” music among the Ethiopian Evangelical believers in Addis Abeba, Ethiopia. He currently has leave of absence from his permanent position as lecturer in music at NLA University College, Bergen. 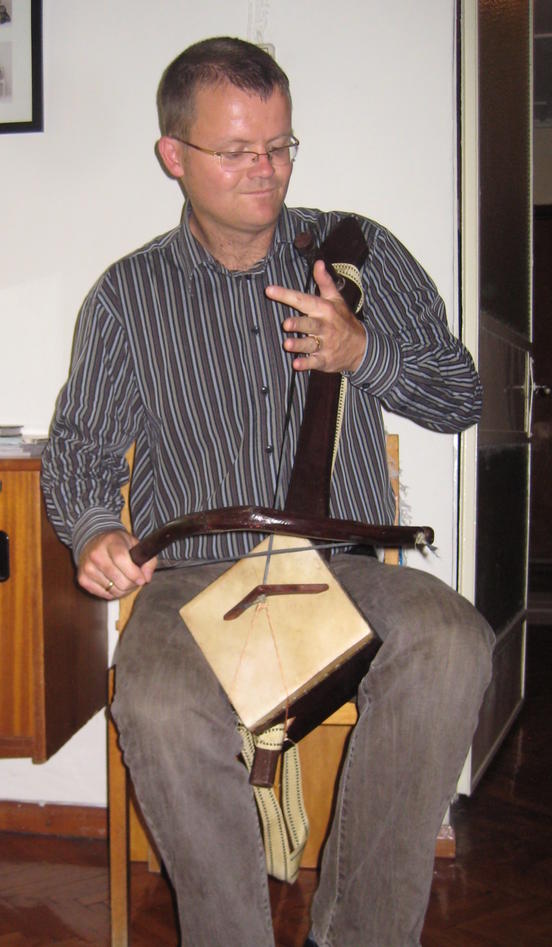