Invasive species are an increasing threat to today’s ecosystems that, in many cases, have been introduced by man. The Iberian slug Arion vulgaris (previously regarded as A. lusitanicus) is such an invasive species dispersing across large parts of Europe and doing considerable damage to gardens, horticulture and agriculture. It is likely that this slug has an impact on ecosystems by displacing or hybridising with native species such as the Black slug Arion ater. Thus, the invasive nature of the Iberian slug calls for research into its taxonomy, biology, and natural enemies.

A combination of morphology and DNA is used to distinguish between the large Iberian slugs and potential hybrids. Population densities are estimated by quadrat surveys; counting and weighing slugs found in the vegetation down to the soil surface. Predation is studied using feeding experiments in the laboratory and in semi-field experiments. Predation is also studied by using DNA analyses to screen the gut contents of predators.

A webpage about the project (in Norwegian) can be found here: snegler.bioforsk.no/ 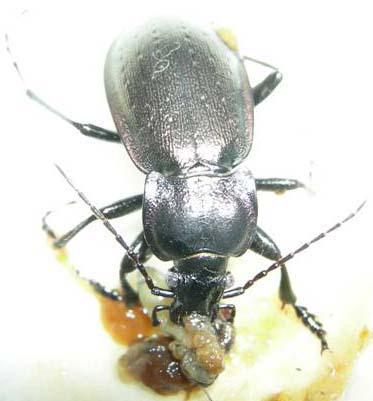