The Centre for Geobiology leader, Rolf Birger Pedersen, was part of an international team of experts who discovered two unique hydrothermal vent fields in the Mid-Cayman spreading centre. Their results are now published in Nature Communications.

As the Mid-Cayman spreading centre is not part of the 65 000km long contiguous mid-ocean ridge system, but rather lies some 4000km east of the Mid-Atlantic Ridge, researchers were also interested in learning more about any vent fauna; would it belong to one of the 6 already described biogeographic vent fauna provinces, would it be related to the cold seeps of the Gulf of Mexico, or would it be new?

Named after hydrothermal vent geochemist Karen Von Damm (1955-2008), the VDVF is especially unique because it is found “off-axis” – that is away from the spreading axis. It is located at a depth of 2 300m on an oceanic core complex called Mount Dent, which rises 2 700m above the spreading axis. While a few off-axis vents have previously been discovered, none have been either high temperature (140°C) or as far away from the axis as the VDVA (13km). As over 75% of the mid-ocean ridge system, and especially the ultraslow parts, remains unexplored and as researchers have not been exploring ‘off-axis’, the VDVF discovery provides further evidence that the global incidence of vent fields is currently underestimated.

Unlike the well-known off-axis vent system, Lost City, the VDVF is a high-temperature vent. It consists of a sulphide mound that exhibits sulphide mineralogy in its active part. There is also dissolved sulphide in the vent fluids. The researchers propose that the high-temperature hydrothermal activity at the VDVF is supported by deep fissuring of the core complex, which allows the system to mine heat from a deep crustal source.

In addition, the VDVF represents the first discovery of an active hydrothermal system on an oceanic core complex that supports a high abundance of vent fauna. The faunal assemblage at both newly discovered sites was dominated by dense aggregations of a new species of shrimp (over 2000 individuals per square metre). In terms of biogeographic vent fauna province, taxonomic studies of the faunal assemblages at both sites suggest that while they may be distinct from the other 6 provinces at the species level, at higher taxonomic levels they share affinity with the Mid-Atlantic Ridge vent fauna province.

Researchers measured the composition of the vent fluids in samples taken ~5m above the chimneys and found that they were highly enriched in copper. In addition the vent plume rose ~1100m into the water column, much higher than the usual 200-400m. Both factors provide strong independent evidence for the vent fluid temperature being as high as ~500°C – the hottest vent fluids yet identified. 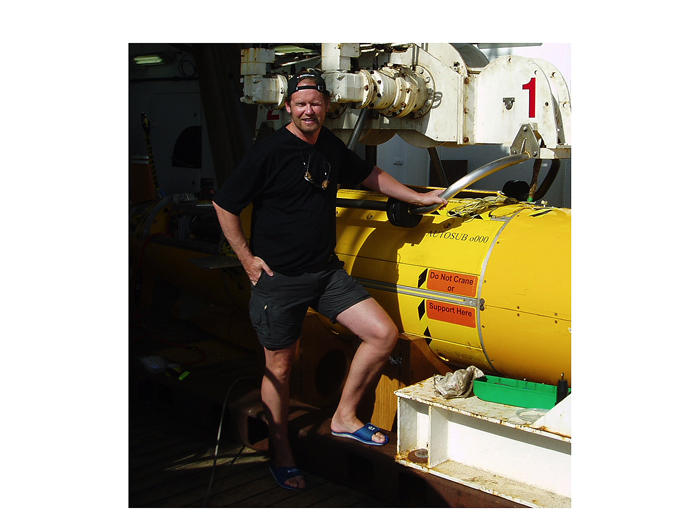