DAY 17: AND THEN THERE WERE VENTS!

15.07.2008 The G.O.Sars is now heading back to Tromsø; its mission completed. On July 12, at about 8 PM, the expedition discovered the most northerly hydrothermal vent field in the Atlantic Ocean!

Norwegians Rolf Birger Pederson and his colleague Ingunn Thorseth have been searching for a vent field like this one for ten years. In the interim, under their leadership the Troll Wall and Fairy Tale vent fields were discovered near Jan Mayen. This field, however, with 5 active chimneys in two areas, both discovered within the last 48 hours, far exceeds anything that has been found to date in the North Atlantic. It is truly a major contribution to the scientific discoveries of the ocean floor.

Success did not come easily.

Day after day, night after night, Marvin Lilley, a senior scientist with expertise in finding vent fields, sent down the CTD and analyzed the results. And they were often very confusing. To begin with, Rolf Birger took the Sars to a spot which had registered methane anomalies in 2005. When we got there this time however, there were no such results. He then directed the ship to the western side of the undersea volcano, where Marvin found interesting results; but then, the results disappeared!

The entire scientific team (see Interviews for a complete list of scientists and crew) continued to take and analyze core samples of the sediment, study the results of the sled and dredge, and further the mapping of the sea floor. All of this information added to the picture. Every member of the team put in countless hours analyzing data from the sea and on the computer, and then putting it together to come up with the next plan.

The CTD continued to give confusing signals, which we now attribute possibly to the effect on the current of the rough topography. (What we do know is that after we had already found the vents, there was a CTD drop which showed no signs of the vent, the vent which we knew were there!) However, we kept on with the work, and the ROV began to show signs of some hydrothermal activity. We found for example several fields of pillow lava, a type of rock formed when lava emerges under the sea from a vent. Some bacteria were also collected which may have been the type to find nutrients from methane. But nothing was conclusive.

And of course, the technical team and the ship's crew had its own challenges with the equipment. A short circuit in the ROV stopped one day's search; the strong current made it too difficult to control on another dive; a core came up empty; the CTD bottles failed to open, and so on. All of this was taken care of, but added to the tension.

And then we started very slowly on the "uphill climb!" The CTD found the biggest methane anomaly yet. Readings also suggested turbulence in the water. There was a spectacular core containing sulfides that looked very fresh, like fallout from a plume, and a layer that was most likely manganese. At our meeting on July 10, we were quite hopeful. Rolf Birger said, "With continued systematic work and a little luck, we'll find it." And then the next day the CTD came back with readings that that had once again plummeted. At our meeting on the 11th, everyone was pretty depressed. Rolf Birger tried to encourage us by pointing out that the ROV had seen possible chimney remains on its dive but he acknowledged that we were "a little bit depressed" and said we needed to "cheer each other up." Practically, he said we would continue the dive until midnight, and then do some dredging.

At that point, he decided to go to the top of the volcano and dive in a small fault zone. He however had to pick a specific spot on the fault line. The spot he chose turned out to be about 200 meters from the first vent we found.

The next day, July 12, we spent what seemed like hours watching the dives on the video feed. I think that all of us in that room were truly beginning to think it was not going to happen. (I understand that the tension in the container room, from which the ROV is controlled, was palpable!) In the screening room we played cards, we read, and teacher Anna Karin came very close to completion of the mittens she had began when we first started watching the dives!. It was about 8 PM when we started noticing rocks that looked like what we thought were sulfides. Then Paco Cardenas, our macro biology PhD student, said, "Wait a minute. I think those are bacterial mats."

We stopped reading and put the cards down; Anna Karin put down her knitting. The camera started to go up hill. We saw more mats. This had to be something!

We got out our cameras and stood up.

And suddenly there was a small hole emitting some black smoke.

"Is that it?" someone asked. "I guess so." We all took pictures madly of the screen.

But the camera kept going up, and then suddenly, out of the gloom, there began to appear a shape. "No, wait! I think this is it!"

And we then slowly watched as the first smoker came into view and the camera started going up, up, and up, seemingly forever. We were speechless as the camera continued onto the top of this huge formation, made even more gigantic by its placement on top of a hill, and sure enough, at the top, some 11 meters (over 35 feet) up, there was an unmistakeable plume of thick dark smoke. We had found our vent!

Subsequent dives found another nearby site with four more active vents, two large and two small. Temperature readings taken from three of the vents registered in excess of 300 degrees C. And all of the vents are full of vent fauna. The beauty of the vents was particularly striking. The composite reminded this American of New England in the fall! And yes, we have found what looks to be one of the biggest hydrothermal deposits in the world!

I was touched by Rolf Birger's response to his discovery. Of course he was excited; this is clearly a great moment in his career. However, his main focus was actually on his graduate students. He said that one of the great results of this find is that it will inspire young scientists and will provide topics for students to explore for a long time. He also said that he hoped this discovery would show young people that there are still big things to be discovered on earth.

"We took a ship, in 2008, and we have found something that no one on earth has ever seen!

Our discovery was especially visual, but these possibilities exist in every science."

The teachers recorded a few comments by various people on the team on their response to seeing the vent for the first time:

"It was such a build up as we began to climb up the slope, and we knew what we would find at the top. A climb to glory! "

"Wow! Is that a hydrothermal vent?!"

"I was sure we would find it. But what we found was cream on the cake!"

"I didn't believe it! Up, up up the chimney, and suddenly there was the water coming out of it! The characteristic picture! I had been dreaming of it!"

"We finally found it."

"I was speechless, and my heart really hurt. Really. I had chest pains for an hour afterwards." 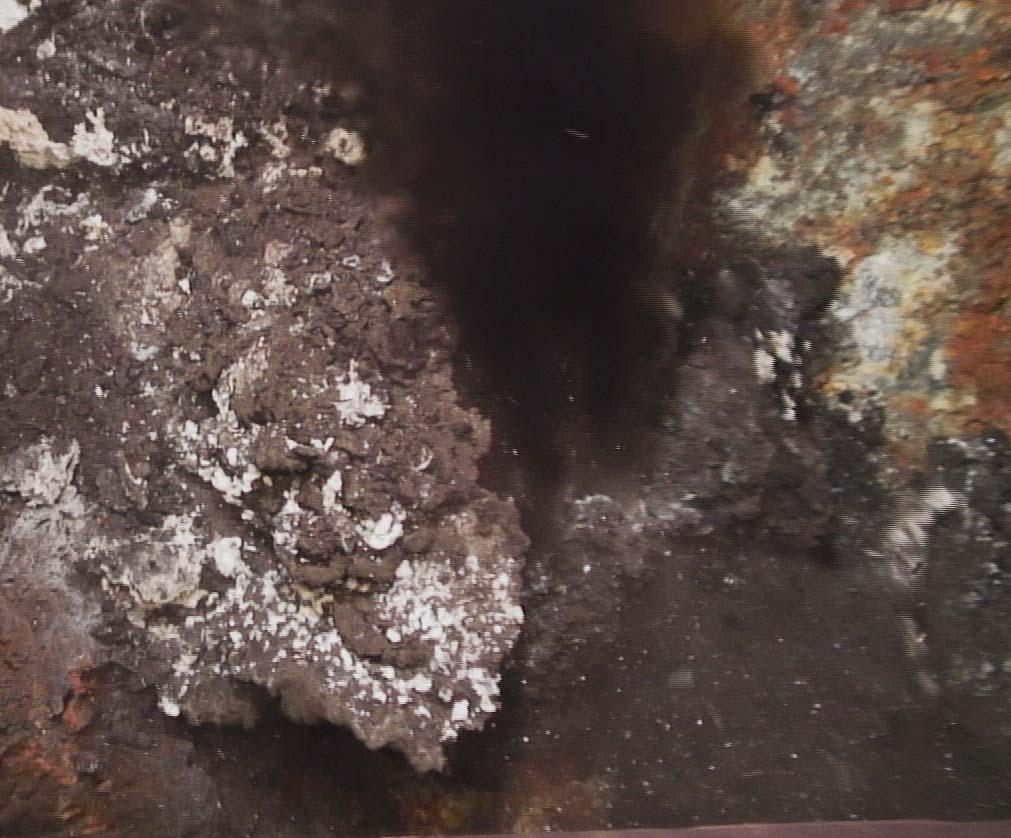