There has not been added a translated version of this content. You can either try searching or go to the "area" home page to see if you can find the information there
Article in Science

In the latest issue of Science, scientists from Norway, South Africa and Namibia provide evidence to show how a small coastal fish (a goby) thrives in an environment that is hostile to most other organisms. The goby in question lives on the anoxic sea floor over the continental shelf off Namibia. Here it almost seems to “hold its breath” as it sits on the sulphidic sediments during the day, whilst at the same time eating the mud and associated infauna. Later, under cover of darkness, the goby swims up to the more oxygen rich surface waters in order to restore its oxygen debt and to digest its food.  Up in the water column, gobies appear to associate with jellyfish, which their predators avoid and yet at the same time, it now appears that the fish may also feed on their gelatinous shelter. Indeed, jellyfish seem to be a major food source for the gobies, together with the mud. Until now we have assumed that jellyfish and sulphidic mud are “dead-ends” for the wider food web, but off Namibia these are returned to higher levels in the food web (fish, birds, mammals and penguins) through the vehicle of the bearded goby.

“The presented findings are a result of accumulated knowledge achieved in a long-term research collaboration between Senior scientist Anne Christine Utne-Palm and Professor Anne Gro Vea Salvanes, University of Bergen, Prof Mark Gibbons, University of Western Cape, South-Africa and Senior scientist Bronwen Currie, Namibian Institute of Marine Research”, says Utne-Palm. Utne-Palm emphasizes that the findings presented in Science are achievements from interdisciplinary research that was conducted during several research cruises in the Benguela ecosystem off Namibia using the RV Dr. Fridtjof Nansen and the RV G.O. Sars. Two other BIO researchers were also involved in the research in this paper: Professor Karin Pittman and Professor II Victoria Braithwaite.

Article abstract in Science Magazine and a video about the project made by Univisjon at UiB  Read also a popular science summary in Science News.

This little goby-fish (Sufflogobius bibarbatus) with a maximum length of 13 cm is only found in the Benguela ecosystem, one of the world’s most productive fisheries areas. After overfishing of the sardines in the late 60s and early 1970s there was a shift in the food web of the Benguela ecosystem, and the gobies and jellyfish increased in abundance. Penguins, seals, sea birds and larger commercial fish that had previously fed almost exclusively on sardines switched to eating gobies for the most part. In the Benguela ecosystem off Namibia, the environment is extreme. Approximately 9 000 km2 of the continental shelf lacks oxygen, and of this 7 000 km2 are covered by a mud that is rich in hydrogen sulphide (H2S) and sulphur bacteria. Frequent eruptions of H2S causes massive kills of fish and shellfish in the area. “Our study shows that the success of the goby is due to its unique behavioural and physiological adaptations to this hostile environment”, says Salvanes. “Part of the behavioural adaptation is what we call diurnal vertical migration (DVM), where the goby stays on the sea bed during day and migrates up in the water column at night”, says Salvanes. She also adds that behavioural experiments showed that the goby in fact preferred H2S-sediments over alternative sediment types.

“We discovered that this goby can tolerate extremely low oxygen concentrations and high concentrations of H2S, which is present in and close to the sea bed of the Benguela”, said Utne-Palm. She added that “this is an environment that the goby’s predators cannot cope with, and the goby capitalises on its advantage to shelter there from bigger fish and at the same time to feed on the nutritious mud”. Whilst on the inhospitable seabed, however, the goby builds up an oxygen debt and so it has to move up into the water column in order to both refresh the blood and to digest its lunchtime meal. It does this at night, when predatory fish can see less clearly, but just to be on the safe side, Salvanes adds, “the gobies in the water column associate with jellyfish. Our experiments show quite clearly that goby predators will avoid jellyfish, but that gobies are largely indifferent to them and sat on the jellyfish bell, or swam between the jellyfish’s stinging tentacles”.

Utne-Palm notes that there may be another reason for gobies to associate with jellyfish. “Our analyses of stable-isotope ratios in the tissue of gobies and their potential prey reveal that gobies consume considerable quantities of jellyfish, as well as the sulphide rich mud, which means that this goby acts as a stabiliser by rescuing “dead end”  resources and bringing them back into the food chain”.

-In addition to the discoveries of novel adaptations of fish in natural eutrophic ecosystems, Utne-Palm and Salvanes say that the results also will provide important insight for future research on man made eutrophic ecosystems, as many world ecosystems are now facing disruption in their functioning due to global change (climate change coupled with overexploitation) and are experiencing regime shifts.

The novel findings now published in the prestigious journal Science have received funding from the Norway- South Africa Programme for Research Cooperation, and the all important access to ship’s time was provided through the BENEFIT (Benguela Environment Fisheries Interaction & Training Programme) and Nansen programmes, as well as the University of Bergen. “Our collaboration has been conducted for mutual benefit, and was motivated by a desire to conduct relevant, high quality curiosity-driven research”, said Salvanes, although she added that “we have combined this with capacity building and the training of young researchers in both the South and the North” She continues, saying “that the relevance of our research findings for the development of an ecosystem sustainable fisheries management of the region represents an added value for us as scientists”.  The research conducted is in the core of both of the University of Bergen’s strategic research areas; Marine Science and Development related studies.

Contact persons at The Department of Biology, University of Bergen:

Read about the story in Science:

Read about the story in other news services: 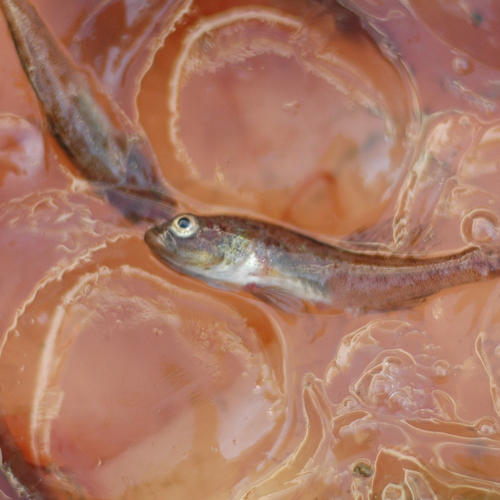 The gobies both hide among the jellies and eat them!
Foto/ill.:
ACU Palm 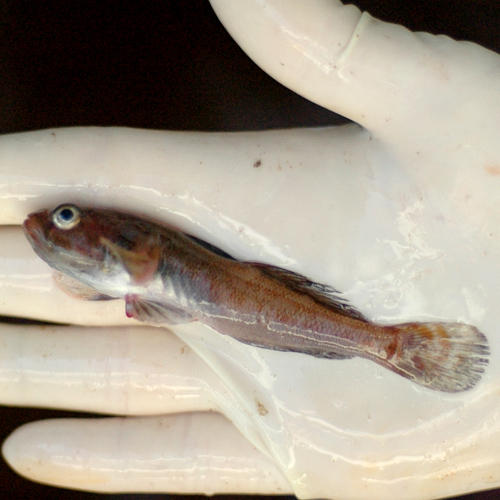 This “breathtaking” fish helps to redress the balance in an overfished ecosystem!
Foto/ill.:
ACU Palm