BIO has a new leader

Molecular biologist and toxicologist, Anders Goksøyr, has begun as the new Head at the Department of Biology (BIO) at the University of Bergen (UiB).

by Jarl Giske (paraphrased and translated)

Goksøyr has a multi-facetted background that will bring unique expertise and experiences to this position.

BIO is Norway's largest biological entity measured not only in terms of numbers of staff and students but also in terms of production: it produces the most publications and graduates. Almost half of the research groups can boast of articles published in Science or Nature.

A reorganisation process begun in 2004, unifying a number of smaller biological departments into one larger Biology department - BIO - has continued in a concrete way with the recent physical move into new facilities. When these facilities are finally completed next year, BIO will have one of the finest research infrastructures in marine biology in Europe and maybe the world.

BIO also benefits from the synergy effects of having many fine neighbours, contributing to a stimulating, multi-disciplinary research milieu. These include: the Department of Molecular Biology, the Department of Earth Science, the Natural History Museum, the Institute of Marine Research, the Sars Centre, and the Department of Informatics to name just a few. In addition, BIO could be more engaged in collaboration with a number of other local institutions including the Faculty of Medicine and Dentistry, the University Research Hospital and the National Institute of Nutrition and Seafood Research.

BIO's new leader's research interests include molecular and environmental toxicology, biomarkers, and endocrine disrupting compounds. Goksøyr graduated from UiB in 1987 and was employed as an Associate Professor in 1991 at the Department of Fisheries and Marine Biology (this department was one of the ones to merge to form today's BIO). He has also been involved with the establishment of the Molecular and Computational Biology Research School, which he led until the end of 2009.

Goksøyr took a three-month leave to be a research journalist for the regional leading paper, Bergens Tidende, in 1993. He recently wrote a column for this paper and continues to be active in popular journalism as this article on forskning.no indicates. Goksøyr has written two popular science books, Genenes tidsalder, published by Alma Mater in 1994 and DNA - det mystiske arvestoffet, published by Gyldendal Tiden in 2000 and republished in 2005.

Goksøyr will combine the roles of research group leader and Department Head. He will bring with him to BIO a research group in Environmental toxicology with around 10 post-docs, PhD and masters' students.

Goksøyr is a member of the Norwegian Academy of Technological Sciences. He has an impressive publication record with 129 publications registered in the ISI Web of Science. These have been cited 3580 times giving him an H-index of 33. 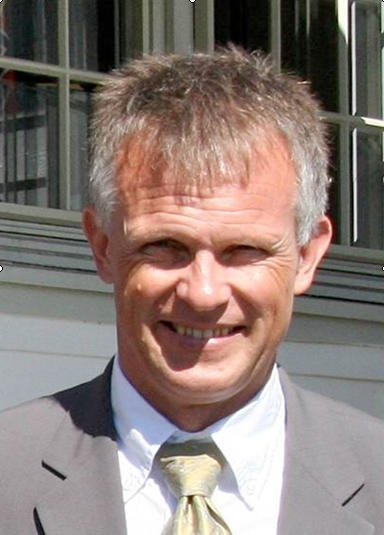