There has not been added a translated version of this content. You can either try searching or go to the "area" home page to see if you can find the information there
Article in Science

Two billion year old rocks are providing information about a period of extreme carbon cycle disruption and the Great Oxidation Event – both critically important to our understanding of Earth’s geological and biological history.

Getting to drilling sites in Russian Arctic was not always straightforward, and the best-available in Scandinavia movable drilling rig often calls for back up from a Russian, military-based, heavy, belt truck.
Foto/ill.:
Victor Melezhik

The planet Earth is 4.54 billion years old, and it has experienced, similar to a human life, a middle-age crisis, when between 2.5 and 2.0 billion years, everything went wrong.....

A very stable Archaean period ended 2.5 billion years ago with the rapid onset of a series of unprecedented, global-scale, fundamental perturbations and modifications of surface environments, on a scale which were not experienced either before and after that period in Earth’s evolutionary history. One such upheaval was the so-called "Great Oxidation Event". An international team of researchers, have co-authored an article in today's (December 1) issue of Science  that presents a different view on the "event". The researchers investigated rock cores from the FAR-DEEP project.

The Fennoscandian Arctic Russia – Drilling Early Earth Project (FAR-DEEP) was undertaken during June-October in the Kola Peninsula and Karelia, the north-western regions of Russia. The drilling operations, a part of the International Continental Scientific Drilling Program, resulted in obtaining 3650 m of core from 15 wells drilled through sedimentary and volcanic formations recording several global environmental changes spanning the time interval 2.5-2.0 billion years ago, including the "Great Oxidation Event".

Evaluation of FAR-DEEP core in comparison with the Fransevillian cores from Gabon in Africa, which were previously analysed by other scientists, supports the conclusion that the appearance of oxygen in the terrestrial atmosphere probably did not occur as a single event (the Great Oxidation Event) but played out over hundreds of millions of years.

The record of 13C/12C ratio measured in FAR-DEEP cores from a c. 2.0 billion-year-old sedimentary succession, and its comparison with the previously published data from the contemporaneous sedimentary rocks from Gabon in Africa, have been used by FAR-DEEP team of researches as the evidence for high rates of oxygen accumulation existing worldwide.

At about 1 percent oxygen in the atmosphere, groundwater becomes strongly oxidised, and capable of oxidising previously buried organic matter, converting it to carbon dioxide; the latter inherits a low carbon 13C/12C ratio. Both the Francevillian cores and the FAR-DEEP cores show large deposits of carbon in the form of petrified oil, and both sets of cores exhibit similar, and dramatic changes in 13C/12C ratio through time, indicating that a considerable amount of organic material was oxidised and converted to low-13C carbon dioxide. This was an environmental drama that affected the isotopic composition of terrestrial atmosphere and hydrosphere.

Thus, based on the carbon isotopic record as well as many other lines of data presented in the Science article, the international team of researchers considers the oxidation of terrestrial environment not as a single event, but as a slow-motion process with oxidative flow gradually and irregularly crawled deeper and deeper into the inorganic crust over hundreds of millions of years.

The Research Council of Norway supported the Norwegian portion of this research.

Read the article in Science. 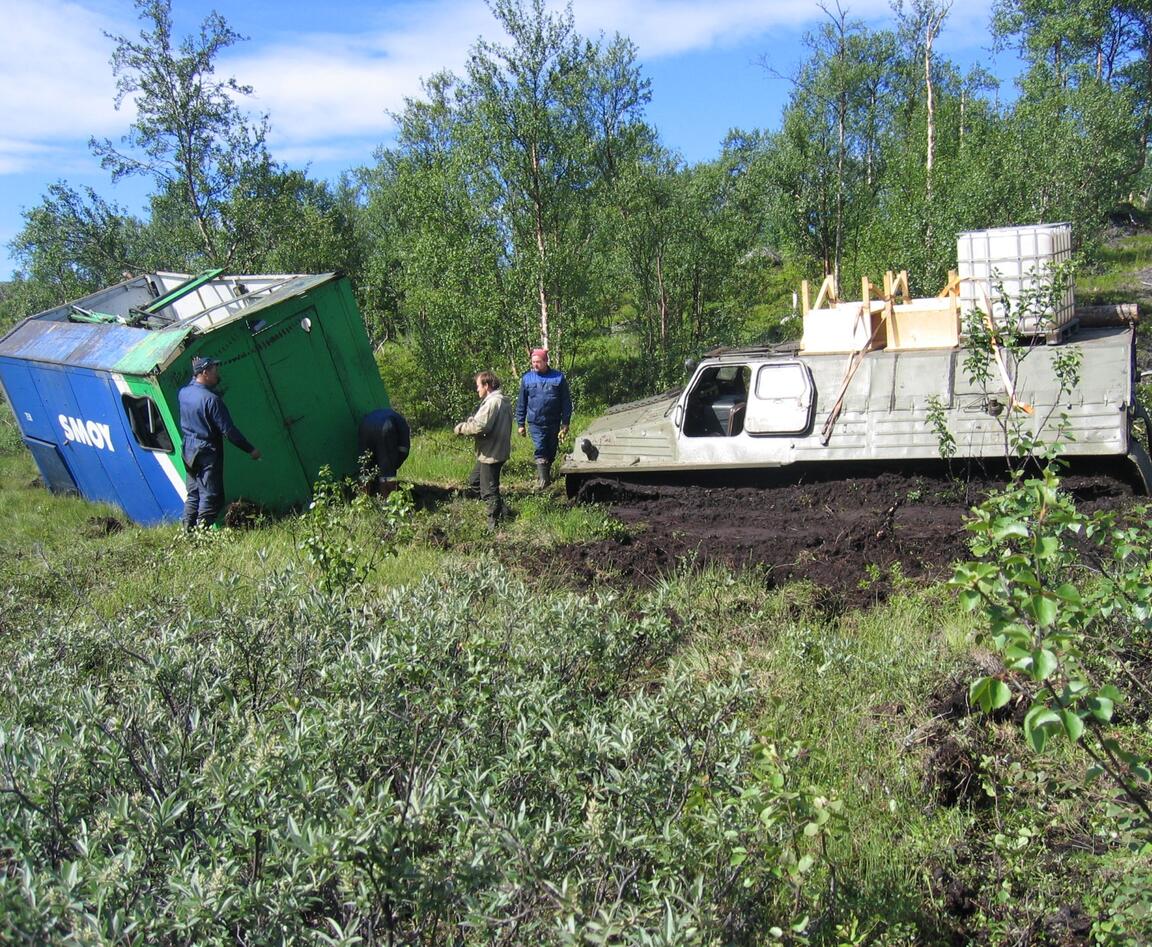 Getting to drilling sites in Russian Arctic was not always straightforward, and the best-available in Scandinavia movable drilling rig often calls for back up from a Russian, military-based, heavy, belt truck.
Foto/ill.:
Victor Melezhik 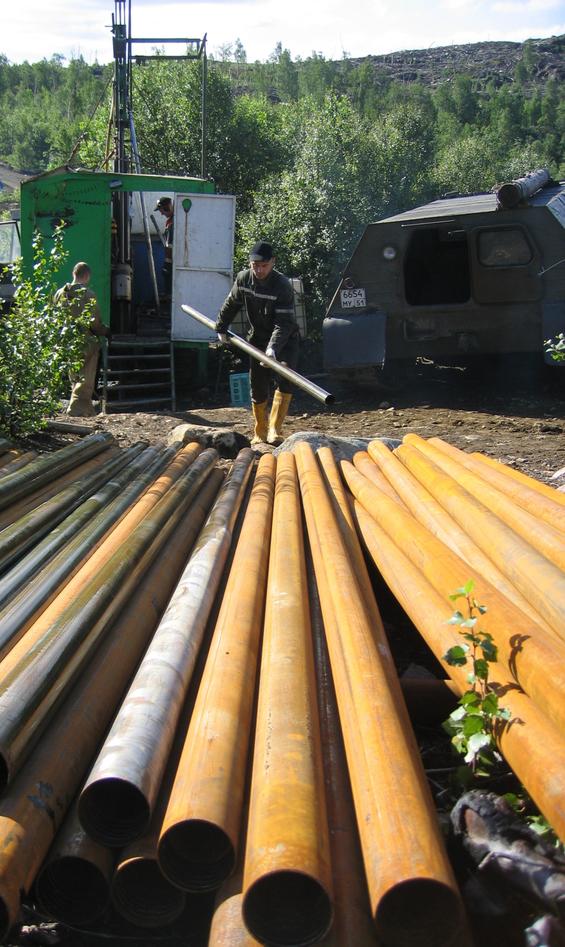