I have the sad message that the Grand Old Man of the Norwegian Quaternary Geology, Bjørn G. Andersen, passed away late Thursday night, the 12th January. The last year he has been enthusiastic about our projects to date with the Be-10 exposure method his beloved moraines around Lysefjorden that he described for his Master thesis and he participated in field work there as late as in September last year. However, cancer spread fast in his bones and he became fast weaker during the autumn.

I wrote an article about Bjørn in the Norwegian geological journal GEO last year.

I attach it here and if you do not understand Norwegian, you can at least enjoy some pictures of Bjørn.

We will remember an enthusiastic Quaternary scientist and teacher. 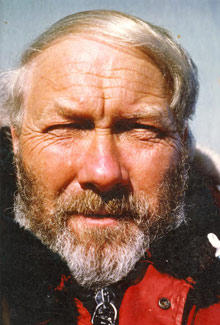