In a new Science publication scientists have reconstructed the surface ocean conditions and concomitant deep ocean circulation of about 125,000 years ago

Changes in the circulation mode in the Atlantic are considered a potential tipping point in future climate change.
Foto/ill.:
Foto: Colourbox.

In a Science Codex article the scientists describe their work:

- Today, deep waters formed in the northern North Atlantic fill approximately half of the deep ocean globally. In the process, this impacts on the circum-Atlantic climate, regional sea level, and soak up much of the excess atmospheric carbon dioxide from industrialisation — helping to moderate the effects of global warming. Changes in this circulation mode are considered a potential tipping point in future climate change that could have widespread and long-lasting impacts including on regional sea level, the intensity and pacing of Sahel droughts, and the pattern and rate of ocean acidification and CO2 sequestration.

Until now, this pattern of circulation has been considered relatively stable during warm climate states such as those projected for the end of the century. A new study led by researchers from the Bjerknes Centre of Climate Research at the University of Bergen (UiB) and Uni Research in Norway, suggests that Atlantic deep water formation may be much more fragile than previously realised.

Read the full article about the Science publication in Science Codex here.

You will find links to the Science publication here. 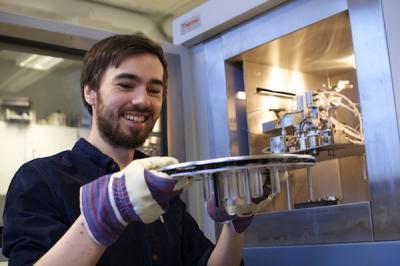