While preterm birth is a known risk factor for cerebral palsy, an examination of data for infants born at term or later finds that compared with delivery at 40 weeks, birth at 37 or 38 weeks or at 42 weeks or later was associated with an increased risk of cerebral palsy, according to a study by Dag Moster and his colleagues at the UiB.

The study is published in the in the September 1 issue of JAMA.

Cerebral palsy (CP), the most common cause of physical disability in childhood, with limitations that persist throughout life, is characterized by nonprogressive disorders of movement and posture.  -One of the strongest predictors of CP is preterm birth, with the risk of CP increasing steadily with earlier delivery. Although risk is lower among term births, about three-fourths of all infants with CP are born after 36 weeks. Within this range of term births, there are few data on the possible association of CP with gestational age,” the authors write it their article.

Dag Moster and colleagues examined the relation of CP risk with gestational age among term and postterm births using the Medical Birth Registry of Norway, which identified 1,682,441 children born in the years 1967-2001 with a gestational age of 37 through 44 weeks and no congenital anomalies. The group was followed up through 2005 by linkage to other national registries.

You can read the full text article in JAMA 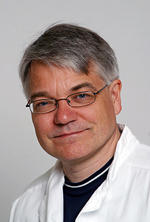