Zouhir Ekeland Allouni defended his thesis on titanium dioxide nanoparticles and cellullar interactions, with the assistance of video conferencing

The overall aim of the work was to identify the physicochemical parameters that may influence the cellular uptake of TiO2 NPs, such as size, shape, crystal phase, and zeta-potential, as well as agglomeration state and the ability to adsorb proteins.

The results revealed that the agglomeration of TiO2 NPs and subsequent sedimentation in a cell culture medium (RPMI) increased with higher particle concentration and ionic strength. The addition of fetal bovine serum and human serum albumin reduced significantly the agglomerate size, leading to a more stable dispersion of the TiO2 nanoparticles. All samples of TiO2 NPs tested were taken up by L929 fibroblasts, depending on their size, shape and crystal phase. Cellular internalization appeared to be, at least in part, actin-dependent. Albumin, fibrinogen and γ-globulins were adsorbed onto anatase TiO2 NPs, when incubated individually. The highest uptake was seen for albumin, followed by γ-globulins, and fibrinogen.

This study shows the critical need of not only characterising the as-received NPs, but also of investigating particle behaviour in the cell culture media. Cellular uptake and biologic responses to NPs are dependent on a multitude of properties of the NPs, not only size. 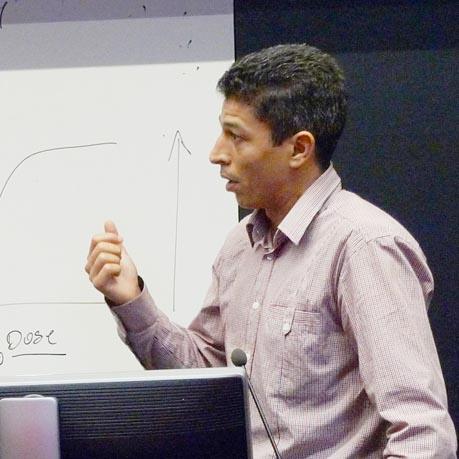