Professor Hans-Hermann Gerdes and a team around his research group at the Department of Biomedicine has published new findings on cell communication in the prestigious journals PNAS and Nature.

Post doc Xiang Wang, an expert in biophysics in the group of Gerdes, made this discovery. When he applied an electrical signal to one single cell he registered the same signal in another cell to which it was connected through a nanotutube. The discovery was later confirmed by electrophysiologist Margaret Lin Veruki in the research group led by Professor Espen Hartveit in the Department of Biomedicine. 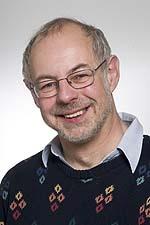