There has not been added a translated version of this content. You can either try searching or go to the "area" home page to see if you can find the information there
news

UiB researchers have discovered cross-contaminated cell lines. This discovery has led to the retraction of an article in Cancer Research an a renewed debate on DNA testing of cell lines before publising.

Results from the cross-contaminated cell line had been used to write an article that was published in Cancer Review in 2009. Professor Rolf Bjerkvig and his research group discovered the cross-contamination of their cells during routine controls. - The discovery that the transformed mesenchymal stem cells that were contaminated by cancer cells was a shock, he says, but on the upside, this shows that our routines work.

Bjerkvig continues: - New findings with major potential impact, published in high ranked journals, may lead to new research directions that often are followed by numerous research groups.  A major concern is if the scientific direction is built on false premises, like our results were. World wide, as much as 15-30% of cell lines could be cross contamined, and many labs do not have the necessary routines to discover this. This is one of the reasons why it was so important to publish our new findings as soon as we were 100% sure about the the contamination. We think our discovery will contribute to bringing this research field back on track.

Bjerkvig hopes that his experiences can influence journals to require DNA fingerprinting of cell lines before publication. Many journals have so far hesitated to require this type of testing. Dean of Medicine and Denistry at the UiB, Nina Langeland, thinks Bjerkvig's findings raies several issues:  -Firstly it is imperative that researchers who discover problems with published data inform fellow researchers and journals as soon as possible, like bjerkvig and his group have done. Secondly this increases focus on the journals' responsibility to require that relevant testing has been done before they accept articles based on this type of data.

Article in På Høyden (Norwegian only) 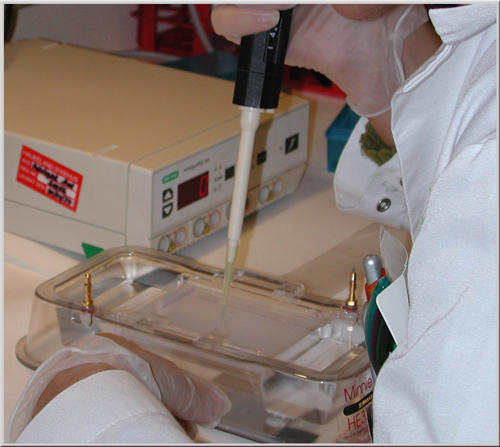