There has not been added a translated version of this content. You can either try searching or go to the "area" home page to see if you can find the information there
Letters from China

I was given a chance to give a presentation to Chinese schoolkids on something that is related to my profession. I chose to tell them about wildlife in China. This was a nice experience, and I believe that the children also enjoyed the occasion.

Kids and their parents waiting for the lecture.
Foto/ill.:
Mikko Heino

Learning activities outside school are a norm in China, and start from an early age. Some parents and teachers in Yuhuan, a strictly tiny (about 400,000 inhabitants, plus about the same number of "immigrant" workers) city on the coast of the East China Sea, arrange every Sunday morning what they call "Su yuan ge" (溯源阁), which roughly translates as "trace your ancestors club". The goal is to teach young kids (6 to 12 years old) more about Chinese culture, including thoughts of ancient philosophers.

It was this "Su yuan ge" that I got chance to attend as guest lecturer. I chose "Wildlife of China" as my impression is that many people in China do not known much about the natural wonders of their own country, beyond some spectacular scenic areas and a few charismatic animals. The lecture was attended by about 50 kids and parents on a rainy Sunday morning. My co-lecturer was Xiaozi Liu, responsible for the Chinese version of the talk.

When most people, Chinese or not, think about wildlife in China, the giant panda probably pops into minds first. Perhaps followed by a sadder story of baiji dolphin from Yangtze River, now at best critically endangered but probably extinct. But Chinese wildlife is of course a lot more. China is one of the 17 "mega-diverse" countries. There are nearly 5000 species of fish, well above 1000 bird species, some 400 reptiles, and more than 300 amphibians. There are many biodiversity hotspots, most notably in the southern/southwestern China (Yunnan, Sichuan, Guizhou). For example, China has more cave fish species than any other country, and most of them are in Guizhou and Yunnan.

Wildlife in China, however, is not easy to observe. Human population density is high, and there is strong tradition of using all available natural resources. Whatever remains must be very good in avoiding people, or thoroughly inedible (although I do not know any representatives of the latter category). Consequently, outside natural reserves at least, wildlife tends to be quite poor and/or difficult to observe. Birds are the only easily seen wild animals, and even they are less abundant compared to Taiwan.

Yuhuan is no exception; it is a developed county with no nature reserves nor big mountains that would render some areas inaccessible. Birds are still to be seen, and an occasional glimpse of a lizard if one ventures to the hills. However, with a trail camera I managed to get a photo of a masked palm civet, to a surprise of local residents. Also ticks are plentiful on the hills, suggesting that some medium-sized mammals are present there, even though not to be seen.

The presentation was followed by questions, and browsing of nature guides that I had with me. First the kids were quite shy, but after a short while, questions keep coming and in the end we had to just stop. The kids used this opportunity to ask any nature related questions, some of them not related to my presentation (how many teeth a lion has? if humans evolved from monkeys, how can they coexist? why snakes bite?). There were also some sharp questions, like how the world would look like in 10 years time if we continue current rate of destruction?

I agreed to give the presentation with the hope that I could plant a seed of appreciation of nature and the value of preserving it in some young minds. What one sees around depends very much on what one is looking after. I am cautiously positive that a few more animals will now get observed in Yuhuan. 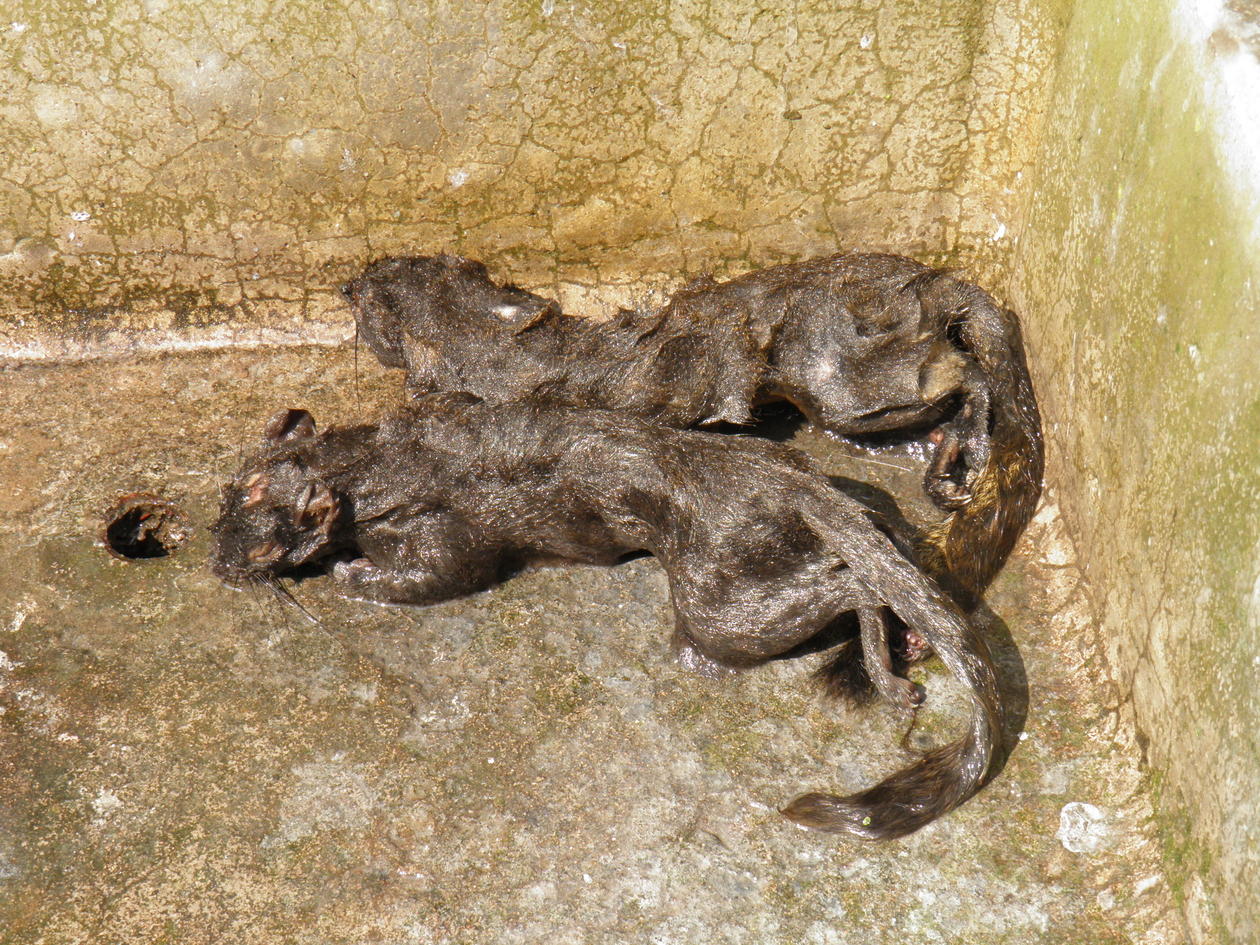 Squirrels waiting to be prepared for meal in Anhui, China
Foto/ill.:
Mikko Heino 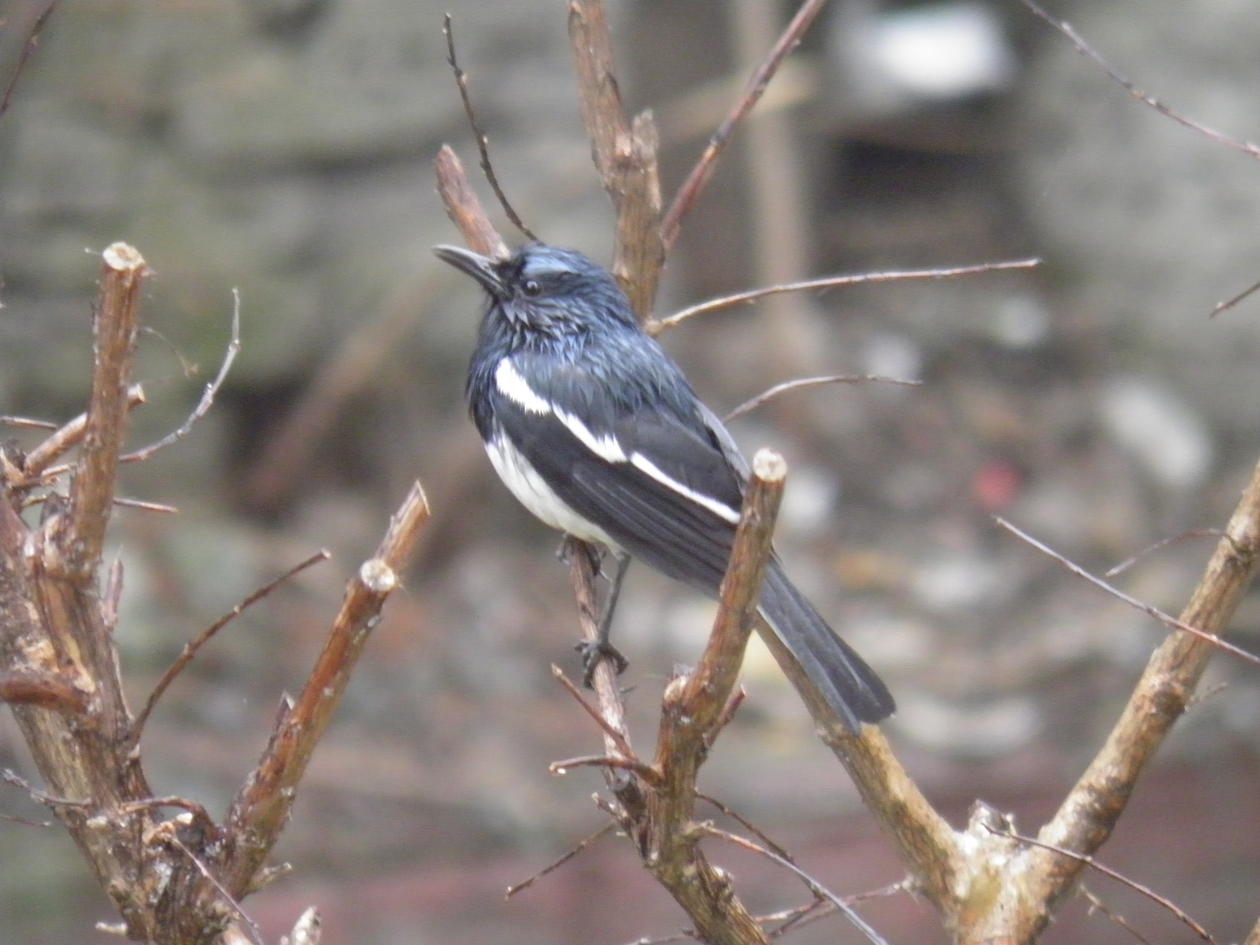 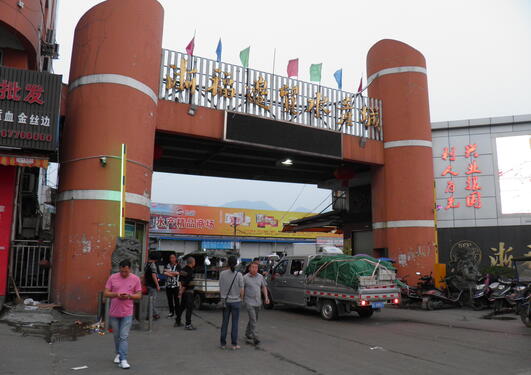