What happened to the Svalbard glaciers in the past? What traces do glaciers leave in the geological record? How can these be used to understand past glacier fluctuations? And most importantly, why have glaciers fluctuated?

When a marine terminating glacier advances, it creates a new set of landforms on the seafloor. These can, together with sediment cores and radiocarbon dates, be used to reconstruct past ice sheet and glacier behaviour.

The aim of this study is to reconstruct late Weichselian, deglacial and Holocene glacial history in the previously poorly studied northeastern Svalbard. Submarine data shows that the fjords and bays in northeastern Svalbard were occupied by fast flowing ice during the last glaciation and experienced a subsequent rapid deglaciation.

Presently, many of Svalbard’s fjords accommodate surging tidewater glaciers, i.e. glaciers which advance due to internal dynamics independently of climatic change. This study shows that the surge history of Svalbard’s glaciers is diverse. Some glaciers have experienced several surges in recent times, whilst others have surged in early Holocene. Their submarine landform assemblages share many similarities, but also display differences, indicating that local conditions are important in the evolution of glacial surges. The data further suggests that climatic/environmental changes might have played a role in surge dynamics.

Personalia
Anne Elina Flink was born in 1988 in Sweden. She has always been fascinated by mountains and glaciers and acquired her master’s degree in glaciology in 2013, from the Stockholm University and the University Centre in Svalbard. 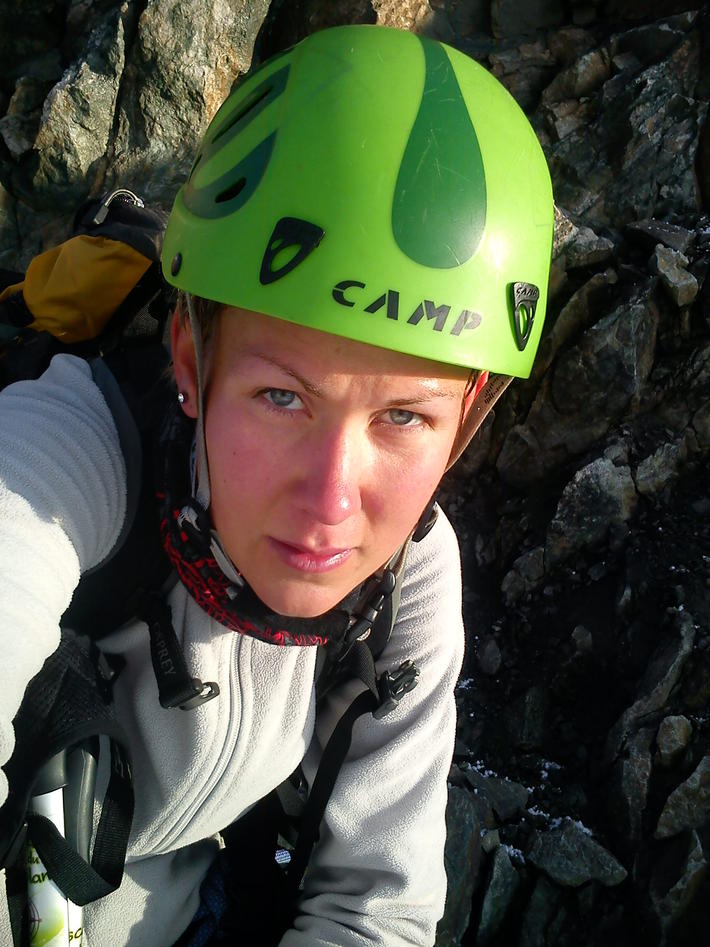