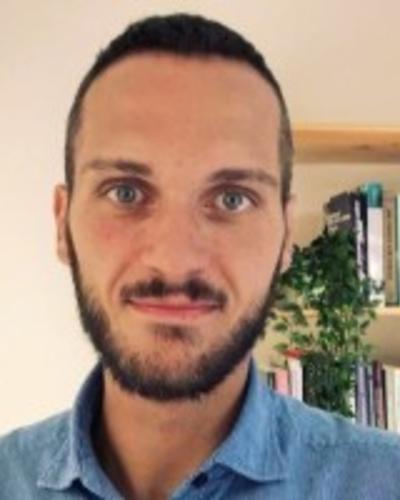 Andrea Fumarola is currently Postdoctoral Researcher at the Department of Comparative Politics, where he also works on the Politics of Inequality  Project directed by Dr. Yvette Peters. He is a member of the Department's Research Group on  Citizens, Opinion and Representation ( MOR ).

During the first semester of 2016 (February-June) he won a grant for Visiting research fellows and project interns at the Electoral Integrity Project directed by Prof. Pippa Norris and based in the Department of Government and International Relations of the University of Sydney, Australia. There he worked as Research Assistant on the main project but he also conducted a research project on electoral integrity and electoral accountability in Central and Eastern Europe that was presented in the EIP weekly seminar.

During Fall 2016 (September-October) he won a travel and accommodation grant for Visiting researchers at GESIS Eurolab in Cologne where he conducted a research project on immigration and voting behaviour presented in the Eurolab research seminar.

In 2014 he collaborated with the LUISS International Center on Democracy and Democratization (ICEDD) directed by Prof. Leonardo Morlino. He worked as Research assistant on the Data Archive on Democracies project directed by Dr. Mario Quaranta.

Fumarola, A. (2016), "Much more than Economy: Assessing electoral Accountability in the CEE Member states". Politics in Central Europe 12(2): 51-68

During the Postdoc Fellowship Andrea plans to further extend his research interests focusing on the relationship between policy responsiveness and issue competition in Europe, analysing how specific issues - in specific countries - increase the correspondence between voters' desirable policy goals and government action.

Andrea's current projects focus on individual- and country-level heterogeneities in electoral accountability in the European Union and beyond.

In July 2017 Andrea Fumarola defended its PhD thesis entitled "Beyond Economy: Determinants of Electoral Accountability in Central and Eastern Europe (1993-2015)" in which he aimed to go beyond the traditional assumptions of economic voting theory analysing the non-economic determinants of accountability in all the democratic elections held between 1993 and 2015 in eleven EU member States belonging to the former socialist bloc.