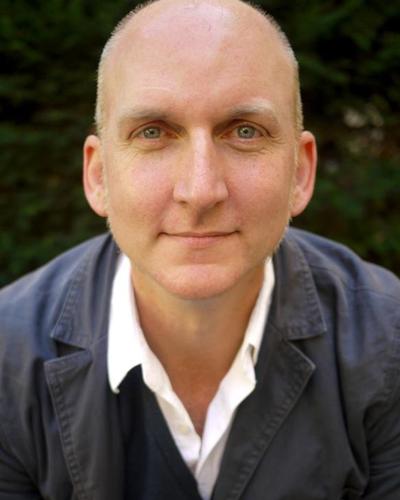 Brandon LaBelle is an artist, writer and theorist working with questions of social life and cultural agency, using sound, performance, text and sited constructions. He develops and presents artistic projects and performances within a range of international contexts, often working collaboratively and in public. This leads to interventions and performative installations, voice work, and micro-actions aimed at the sphere of the (un)common and the unlikely. He is also an active lecturer working with institutions around the world addressing questions of auditory culture, sonic and spatial arts, and experimental social practices. Current research projects focus on sonic agency, voice and the mouth, poetic knowledge, commonism and the aesthetics and politics of invisibility.

Recent works include “The Floating Citizen”, Tenerife Espacio de las Artes (2018), “The Ungovernable”, Documenta 14, Athens (2017), “The Night Birds (take back the city)”, La Virreina Centre de la Imatge, Barcelona (2017), and “The Living School”, South London Gallery (2016). From 2016 to 2017 he developed a year-long strand of performative works under the heading “Dreams of a (non)Sovereign Citizen” as part of Synsmaskin, a research project led by artist Frans Jacobi.

He is the author of Sonic Agency: Sound and Emergent Forms of Resistance (2018), Lexicon of the Mouth: Poetics and Politics of Voice and the Oral Imaginary (2014), Diary of an Imaginary Egyptian (2012), Acoustic Territories: Sound Culture and Everyday Life (2010), and Background Noise: Perspectives on Sound Art (2015; 2006). Through his work with Errant Bodies Press he has co-edited the anthologies Site of Sound: Of Architecture and the Ear Volumes 1 & 2 (1999, 2011), Writing Aloud: The Sonics of Language (2001), Surface Tension: Problematics of Site (2003) and Radio Territories (2007), along with a series of monographs (Critical Ear series) on sound and media artists.

Brandon LaBelle received a MFA from the California Institute of the Arts in 1998 and a PhD in Cultural Studies from the London Consortium in 2005. From 2006 to 2009 he worked as a post-doctoral research fellow at the Department of Modern Culture, University of Copenhagen, and since 2007 he is living in Berlin. LaBelle has held guest professorships at the Royal Danish Academy of Fine Arts, Copenhagen, and the Free University, Berlin, as well as a guest lectureship at the Tel Aviv University. He was a Senior Visiting Research Fellow at the Center for Humanities, Cornell University in 2012, and a visiting fellow at the Department of Computing, Goldsmiths College in 2016. In addition, he was an artist in residence at the Museums Quartier, Vienna in 2009, and at the South London Gallery, 2015-16 where he initiated The Living School, an experimental pedagogical platform.