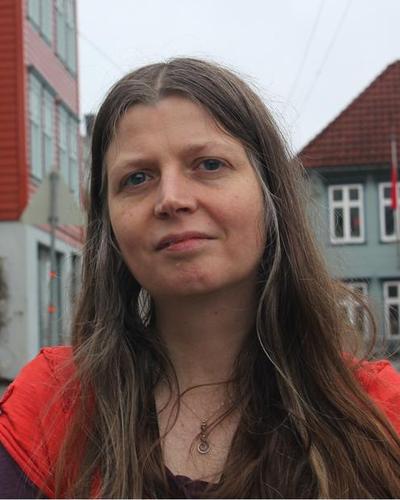 My research combines the close study of archaeological material with theoretical approaches and the results of scientific techniques to study identity creation, boundary marking and culture change at various social scales. I trace how material culture strategies and routines at the local level impact on larger-scale, longer-term processes using a wide range of evidence: aDNA and isotope data, mortuary and other ritual practices, human representations, artefact patterning, and monumental and domestic architecture.

My primary focus is the European Neolithic (mid-6th to mid-3rd millennium), but I am also interested in comparative archaeology and in exploring inter-disciplinary collaboration, for instance between geneticists and archaeologists.

Prior to being appointed in Bergen, I worked at Cardiff University, the University of Oxford and Hamburg University.

I am normally involved in introductory modules to prehistory (ARK100, ARK110), as well as general theory and methods courses (ARK210, ARK305) and the MA heritage module (ARK308). I also occasionally run own courses on anything to with the Stone Age, or on theoretical issues such as funerary archaeology.

In terms of supervision, feel free to contact me about anything to do with the Neolithic and Copper Age in Europe (including Scandinavia). If you have a really good idea, we can also talk about topics concerning hunter-gatherer societies.

Recent and current projects include:

Exploring the archaeological migration narrative: the introduction of farming and animal husbandry in southern Norway - funded by the Centre of Advanced Study (Oslo), the project aims to create an interdisciplinary dialogue to bring the dominant archaeological and archaeogenetic migration narrative up to date with anthropological discourse on human mobilities, identities and social change. Co-PI: Martin Furholt, Oslo. Start: Jund 2022.

Deep histories of migration: exploring the early Neolithic around the North Sea - funded by the DFF, we use social network analysis on material from Britain and southern Scandinavia to investigate how ties established during migration played out over the longer term in the transmission of novelties (focusing on monumental architecture and structured deposition). Co-PIs: Rune Iversen, Copenhagen and Vicky Cummings, UCLan. Start: January 2021.

Culture change, networks and hierarchy: the Münchshöfen culture at the enclosure site of Riedling, Bavaria - funded by the Deutsche Forschungsgemeinschaft, this project uses the case study of Riedling to investigate how the large-scale cultural innovations of the later Neolithic resonate with regional identities, and what this means for social change and hierarchisation. Run jointly with Ludwig Husty, Straubing-Bogen. From April 2016 to May 2020.