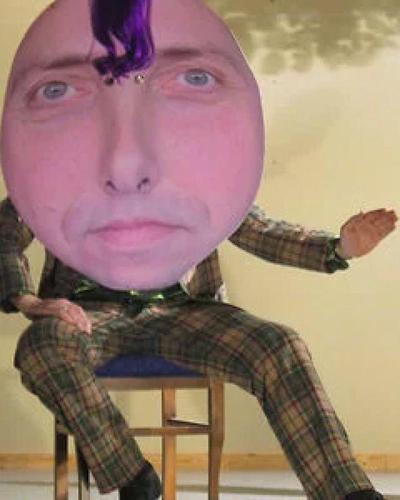 Frans Jacobi has been working at the Department of Fine Art since August 2012 on a six year contract.

Frans Jacobi works with performance, text and images. His performances and installations are often large scale scenarios with multiple participants adressing a range of political and societal issues. Using a kind of urgent aesthetics the temporality and presence becomes a point in itself.

Jacobi has recently completed his doctoral research with the project 'Aesthetics of Resitance'. Here performance is used as an experimental stage, where various themes of revolt and collectivity are probed and reflected. These performances are structured like an intertwined play of the dual figures 'the artist/researcher' and the 'sense-event'.

Abstract:'Aesthetics of Resistance' deals with contemporary demonstration culture and political activism, seen as performance through performance. It consists of both a practical and a theoretical part. These are intertwined on various levels of the project.

The claim of 'Aesthetics of Resistance' is that in recent examples of Direct Activism, politics are constituted by the aesthetic; as performance, form and style. This assumption is argued for by selecting 8 specific moments where this seems to be the case. These moments are chosen from 5 sequences of events, from a small incident in Gothenburg, Sweden in 2006 to the Egyptian uprising that gained global significance in 2011. The core part of the project is two sequences of confrontations between activists and authorities that both took place in Copenhagen, Denmark -The Youth House Movement 2007/08 and the large scale actions surrounding the UN Climate Summit COP15 in 2009 respectively.

Central to the project is an idea of 'thinking with the senses'. In order to facilitate this, an experimental set-up was created, where a sensorial reflection could be compared with an analytical interpretation of the topic in question. This experimental set-up was constituted by the two figures: The artist/researcher and the sense-event. These two figures intertwine and in various ways stage the gap between discursive and non-discursive thinking that lies at the core of this project.

The use of performance is three-fold:

A: The specific moments chosen are interpreted as performance.

B: The 'thinking with the senses' takes place as performance

C: As a kind of meta-reflection, the project is performing art-research by using an artistic medium as the research tool to investigate the chosen topics.

The eight research experiments were set up as performances. These 8 performances took place at various locations in Denmark, Sweden and China in the period 2009 to 2012. The aesthetic reflection at the core of this project evolved in these sense-events. It is important to understand that neither video documentation nor the texts can give a full account of the sense-events. These accounts will per definition only be approximations. It is in this gap - or drama - between two levels of understanding this project revolves.

8 September 2012: The Exception & The Rule, On Brecht and his influence on contemporary practices, SAK, Svendborg, Denmark (organiser)

'Aesthetics of Resistance', in Journal of Artistic Research / 10 (summer 2011.

Teaching:2012 -> Professor in Timebased Art at KHiB, The Art Aademy of Bergen Norway