“Age Crises across the Life Course: Knowledge-Making and Public Texts”

This presentation reviews the knowledge-making roles of public texts and professional literatures in precipitating a modern crisis-laden life-course. It illustrates five examples of textual practices and discourses of age-related life-course crises, drawn from various professional and public literatures, images and media.

This presentation focuses on the English novelist E. M. Forster, who lived to a great age and aged well without subscribing to any medical wisdom along lines of diet, exercise, lifestyle, mental health, or the like. For him all flowed more or less smoothly as he aged, and only one element could have deranged and dragged him down – the law. But he circumnavigated the legal morass so well that it too conspired, together with his benign genetic pool, to push him onwards towards centenarian status. How did he do it?

“Learning to Listen to the Third and Fourth Age: How Literature can Help the Rest of us”

There is a need for reminders to be delivered to the rest of society that old age can be a time of regeneration, creativity and wisdom. In this presentation, some literary demonstrations of this is examined, with a particular focus on Goethe, who produced some of his most innovative work in his late seventies.

“‘Old Age’ at the Nexus of Age and Social Justice”

As a result of the 20th century institutionalization of the life course the onset of ‘old age’ in Western societies has been defined by law and combined with age-related entitlements. However, rising life expectancies and accelerating technological change have undermined age-based definitions of being ‘old’. These developments necessitate a rethinking of the project of implementing social justice over the life course, including the recognition of ‘old age’.

“Dementia, Personhood and the Body-Subject: The Margins of Agency”

This paper considers recent constructions of personhood in advanced old age and dementia in Anglo-American philosophy, from Ronald Dworkin's trenchant essay on the limits of personhood Life's Dominion: An Argument About Abortion, Euthanasia and Individual Freedom to Agnieszka Jaworska's work in 'Respecting the Margins of Agency' and elsewhere on the capacity to value in those with dementia.

This paper presents one particular strain of inquiry within the research project Historicizing the ageing self: Literature, Medicine, Psychology, Law. It focuses on rêverie as a historically changing psychological concept, as well as on the late kinds of self-writing it has been associated with by French authors including Montaigne, Rousseau and Baudelaire.

This presentation focuses on William Wordsworth’s “Immortality Ode” (1804); Honoré de Balzac’s “Le Chef’d’œuvre inconnu” (1832); and Adolf Loos’s “Von einem armen reichen manne” (1900). All in all, they offer different and still popular strategies for coping with the uncontrollableness and vicissitudes of growing old.

“Entropy and Atrophy: Ageing and the Conceptual Metaphor of Energy in the Late-Nineteenth and Early-Twentieth Centuries”

In the closing decades of the nineteenth century, old age became a topic of growing concern and new visibility in politics, medicine, economics, and culture. In this presentation an expansive network of discourses related to ageing is traced through an interdisciplinary, cultural materialist approach which draws selectively on a wide range of primary sources, including scientific writing, popular health manuals, journalism, literary fiction, and silent film.

To what extent is it reasonable to hold older persons responsible? When should ageing imply a lack of or reduced criminal capacity, and how should this be evaluated by mental health professionals as well as the courts?

“Is There an Expiry Date on Responsibility?”

“The Sleep-Wake Cycle in Old Age – Facts and Metaphors”

As we age, sleep disorders become more common, and even in healthy older adults the circadian rhythms may change and challenge the individual in his or her daily functioning. This presentation focuses on the conception of sleep in older adults, as expressed in facts and commonly used metaphors.

“Ageing as a Definitional Problem for Socio-Technical Innovation”

This presentation describes and critically assesses how the ‘ageing society’ as a political challenge increasingly appears as deeply entangled with efforts to make, produce and market more autonomous machines.

Dr Charlotte Lee: “Learning to Listen to the Third and Fourth Age: How Literature can Help the Rest of us”

Professor Jan Baars: “‘Old Age’ at the Nexus of Age and Social Justice”

Dr Elizabeth Barry: “Dementia, Personhood and the Body-Subject: The Margins of Agency”

Postdoctoral Researcher Catherine Oakley: “Entropy and Atrophy: Ageing and the Conceptual Metaphor of Energy in the Late-Nineteenth and Early-Twentieth Centuries”

Associate Professor Svein Atle Skålevåg: “Is There an Expiry Date on Responsibility?”

Associate Professor Kjetil Rommetveit: “Ageing as a Definitional Problem for Socio-Technical Innovation”
More about the seminar 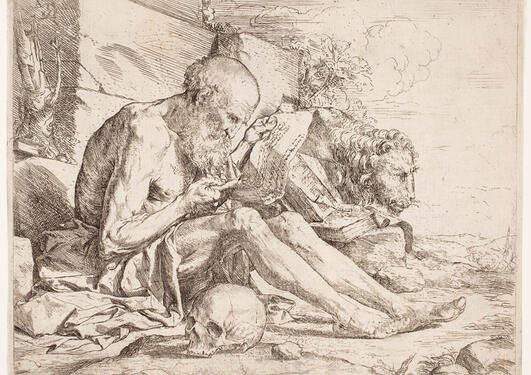 What are the psychological, legal and cultural thresholds of the adult life phases referred to as “the third and fourth age” (Peter Laslett), and how do they affect perceptions of selfhood and personhood?