I believe that my education is highly relevant to my job. In some situations, my background in multidisciplinary gender research makes me stand out from the rest

What degree do you hold?

I got my PhD in Sociology at the Centre for Women's and Gender studies in 2014.

When you have spent most of your adult life as a student it is hard to sum it up, as you go through different phases. I started studying at the University at an early age, as the "quality reform" was gaining momentum, and being a student has changed a lot since I started in 2001. I think I belong to the first generation of students who have reallty had a wealth of opportunities to travel abroad through exchange agreements. In addition to my studies at the University of Bergen, I have studied in Great Britain, Denmark, and USA.

What other subjects have you studied?

In addition to sociology I have studied interdisciplinary gender research. I have also taken courses on history, development, literature, media, and legal studies.

What was the subject of your master thesis?

What was your first job like, after you finished your degree?

I was lucky, and my own research got handpicked and included in a larger nordic research project. I examined the attitudes to prostitution and purchasing of sexual services. Both projects were interesting, but the pay was not very good, so I also worked as research assitant at several projects, while I studied and searched for other jobs. I called myself an "academic vagabond" during that time. Later, I got a job as an advisor at the Norwegian Centre for Research Data, which I enjoyed - partly due to the fact that I got to use my multidisciplinary background to help scientists find practical solutions to the methodological, ethical, and legal challenges that they faced. Meanwhile, I never abandoned my dream to get a PhD scholarship, and eventually got tied to a project at the Centre for Women's and Gendre Research.

What is your current job?

I'm currently working as a researcher at the Police Academy. I have been very lucky to get a position in a larger research project on the methods of the police, where I am going to study the police response to motorcycle clubs and prevention of organized crime (read more about the project here).

Do you feel that your education has been relevant to your current job, and if so, in what ways?

I believe that my education is highly relevant to my job. In some situations, my background in multidisciplinary gender research makes me stand out from the rest in a valuable way. It has also brought me closer to some of the most intelligent researchers that I know of, both in Norway and internationally. Studying controversial issues, such as the politics on prostitution, has given me general insights and perspectives that have proven useful in other contexts. My background has helped me loose my fear, and made me a good listener. It has also taught me about respect for diversity and difference, and made me see the possibility to disagree as one of the most valuable aspects of our society.

Do you have any experiences or advice that you want to pass on to students who want to follow your line of studies?

I had not planned to be a researcher. There were just some questions that I wanted to find an answer to that I wasn't able to give up on. If my master thesis was like the first season in The Wire, my PhD was the second season. I've gotten addicted, and have to watch season 3. It's to exciting to be doing anything else. If you had asked me when I was a child what I wanted to be I might have answered musician, while my classmates would have guessed that I'd be a politician. If you had asked me when I was a student, I might not have given you a proper answer. I would never have guessed that I would work as a researcher at the Police Academy. Nor would I have guessed that my interest in gender research would lead me there. If you want to study gender research I believe that it should be a goal in and by itself, rather than a means to achieve something else. Expect it to change the way you are, how you think about yourself, your goals, and your environment. Be passionate and curious. 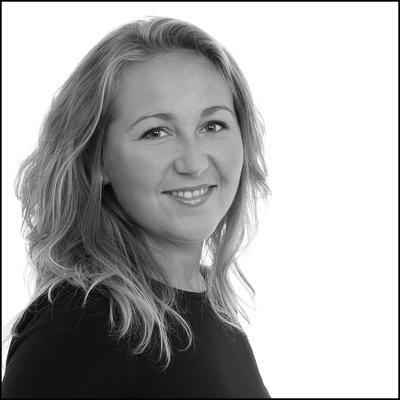