This volume takes a distinctive look at the climate change debate, already widely studied across a number of disciplines, by exploring the myriad linguistic and discursive perspectives and approaches at play in the climate change debate as represented in a variety of genres. The book focuses on key linguistic themes, including linguistic polyphony, lexical choices, metaphors, narration, and framing, and uses examples from diverse forms of media, including scientific documents, policy reports, op-eds, and blogs, to shed light on how information and knowledge on climate change can be represented, disseminated, and interpreted and in turn, how they can inform further discussion and debate. Featuring contributions from a global team of researchers and drawing on a broad array of linguistic approaches, this collection offers an extensive overview of the role of language in the climate change debate for graduate students, researchers, and scholars in applied linguistics, environmental communication, discourse analysis, political science, climatology, and media studies.

5. Metaphors in online editorials and op-eds about climate change, 2006 - 2013: A study of Germany, the United Kingdom and the United States
Dimitrinka Atanasova and Nelya Koteyko 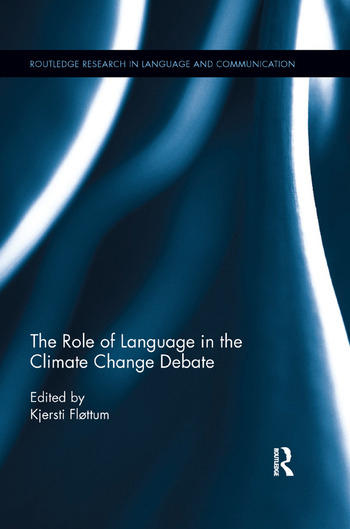