Our guests from Cambridge at the Lysekloster.
Foto/ill.:
Jens Eike Schnall

Recently the Research Group for Medieval Philology (FIM) received a fun and productive three day visit from a group of MA and PhD students in Old Norse from the Anglo-Saxon, Norse and Celtic Department from Cambridge University.

The ninth such visit since the tradition was started by prof. em. Else Mundal at the former Centre for Medieval Studies at the University of Bergen, this time FIM at LLE hosted a two-day symposium and a day-long outing for the participants.

The two-day symposium featured fourteen speakers from both Cambridge and the University of Bergen. Current students of Old Norse at postgraduate level (MA and PhD students), presented their research projects in half hour papers followed by fifteen minutes of discussion. Subjects ranged from historical linguistics, and studies in the Sagas of the Icelanders to modern day Åsatru in Norway (modern worship of the Old Norse gods), and all the papers were well received with lively discussion.

On the second day of the symposium, the group visited the Special Collections of the University of Bergen library, and were lucky enough to see a variety of medieval and early Modern Norwegian documents, as well as several Icelandic saga manuscripts. After a coffee, prof. Rudolf Simek gave an interesting lecture on Vikings in the Sagas of the Icelanders. We were particularly pleased to see a good turn out in the audience, both for Simek's lecture and for the students' papers.

On the Friday, the symposium participants along with members of FIM and others from UiB jumped on a coach to show the visitors highlights in the surrounding area. We were shown around the remains of Lysekloster by Jørgen Bakke, Assoc.prof. at UiB, and even got to walk to an old soapstone quarry to see where they got some of the stone from that was used to decorate the monastery. The afternoon was spent at Hordamuseet, where we were guided round a boat exhibit displaying traditional Norwegian boats and an outdoor area with examples of old houses and farm buildings by two knowledgeable and enthusiastic members of staff, Espen Kutschera and Ole Mikal Olsen Ramsøy.

We're already looking forward to the tenth symposium in 2016! 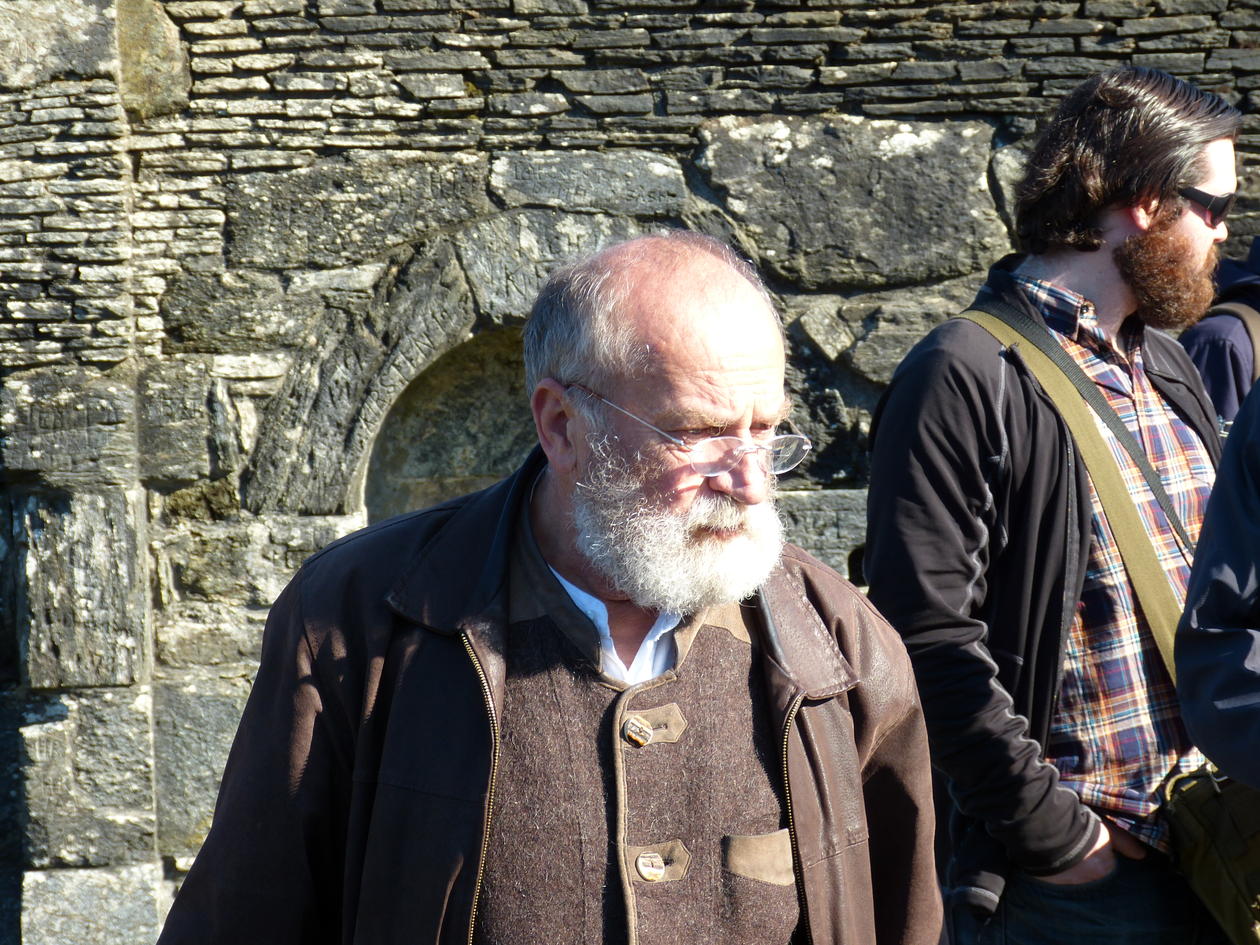 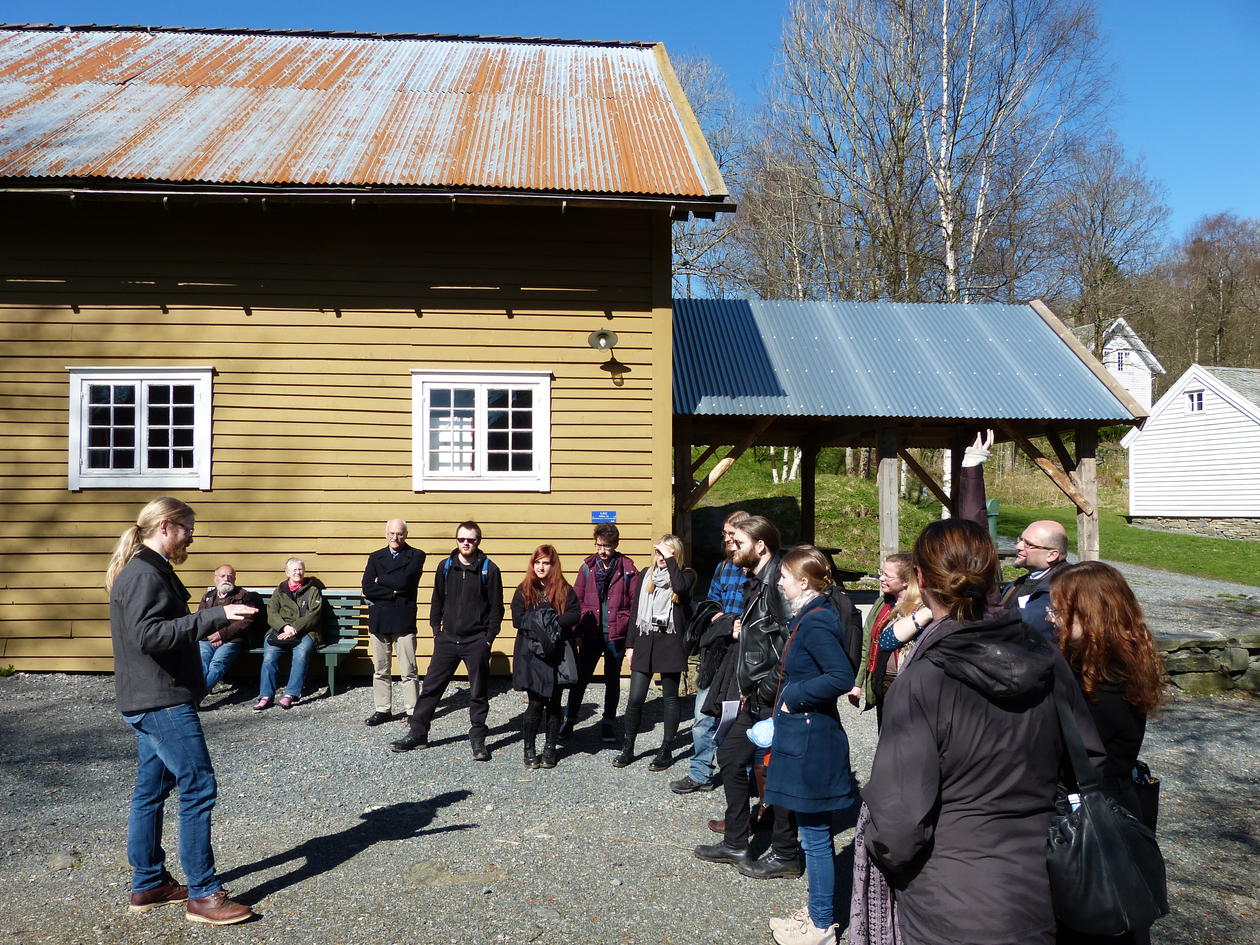