Douglas, you are a legal philosopher - what exactly is it that a legal philosopher do? Is it the law or philosophy which is the most important in your field, or is it the point of intersection between them?
-Legal philosophy is a broad area. Quite a few legal philosophers specialize in "jurisprudence".  They worry about questions such as: What is the nature of law? How is a legal system similar to and different from other systems of rules and norms, like a school or a mafia or a game? What does it means for a legal system to be legitimate and to have authority?-Other legal philosophers focus on a particular area of law, such as contract law, tort law, property law, or constitutional law. My own interest is in the area of criminal law. We philosophers of criminal law raise questions like what makes a law criminal? When are wrongdoers responsible for their acts? What (if anything) justifies punishment? And so on.

Some of your discourse have been about decriminalization of drugs. Can you say something about why this particular theme is so interesting?
-I like this topic because it is so very important in the real world, and not all questions asked by philosophers are obviously relevant to the real world. Today, literally millions of people are directly affected by drug laws around the globe, which makes this question relevant for many people. The position a legal system adopts toward drug users is an excellent test of its general tolerance or intolerance of behavior many people dislike and regard as deviant.

-I am always fascinated by what ordinary citizens think and say about the issue of which drugs should be prohibited or allowed, and why.

Decriminalization is not a straightforward word as it is not always agreement on the meaning of the word crime (what is a crime?) But in general we can say that you are a defender of decriminalization of recreational use of drugs, is that correct?I also understand that the terms decrimininalization and legalization are two different things, and basically, you are a defender of decriminalization but not necessarily legalization of drugs. What is the difference?
-You are right that these terms do not have standard meanings that everyone shares.  I hold the following (controversial) views: A crime is an activity that makes people who commit it eligible for state punishment. State punishment is an intentionally imposed stigmatizing deprivation.

-To decriminalize drug use, therefore, is to prohibit the state from punishing, that is, from imposing a stigmatizing deprivation, on persons who use whatever drug has been decriminalized. Sometimes states are authorized to respond to drug users in given ways that may or may not amount to punishments; states sometimes coerce drug users into treatment programs, for example. Whether coerced treatment is consistent with decriminalization depends on whether coerced treatment is a mode of punishment or is an alternative to punishment.

-Anyway, I defend drug decriminalization. If legalization means something else, I am skeptical that I favor it. Surely drug use should be regulated -we need time and place restrictions, for example, and those who want to "legalize" a drug sometimes oppose these regulations.

-Again, however, the meanings of these terms is not always clear.

You are pointing at the differences in how tobacco and recreational drugs such as marijuana are treated differently in the judisprudence. Why is this a problem for you and me (the people living in the society)?
-I favor drug decriminalization mostly because I believe the rationales that justify the state in prohibiting given kinds of activities don't seem to apply successfully in the case of drug prohibitions. These statutes fail the test that any offense must satisfy to be justifiable. Or so I argue.

Do you think that your viewpoint, at some point, will be the norm in the legal system?
-I do not have a good reputation for making accurate predictions. Political change is hard to anticipate. No one foresaw the election of Donald Trump, for example.

-I think (what I believe to be) progress in drug reform will come slowly: drug-by drug, contry-by-country. I doubt that I will live long enough to ever see the day when all drug use is decriminalized throughout much of the world. Change is (and probably should be) slow. 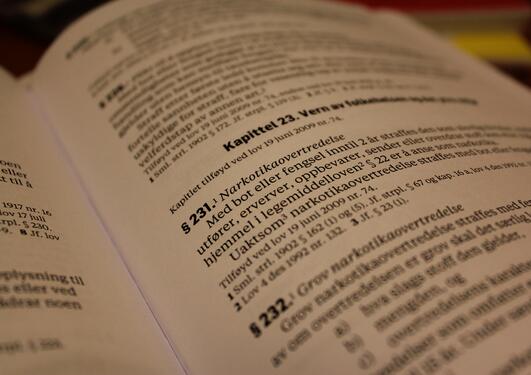 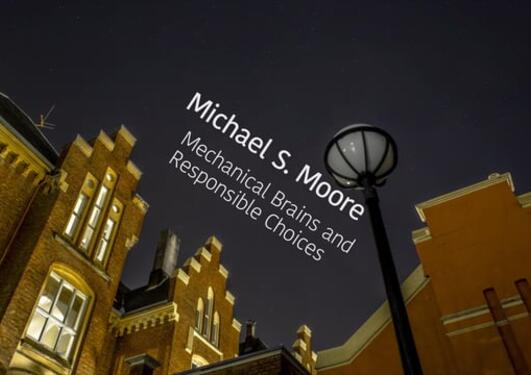