Researchers at the Department of Physics and Technology are contributing to the field of Dark Matter searches, a key aspect of modern physics research.

Six galaxy clusters in the midst of collisions. The blue areas represent regions containing dark matter that were identified by using gravitational lensing techniques. The clusters were observed in a study of how dark matter in clusters of galaxies behaves when the clusters collide.
Foto/ill.:
By ESA/Hubble, CC BY 4.0, https://commons.wikimedia.org/w/index.php?curid=39500241

The mystery of Dark Matter

The majority of matter in the universe is poorly understood! While we know today that there are billions of stars in our galaxy and millions upon millions of other galaxies in addition; modern cosmological models predict that this ordinary matter only comprises a mere 16% of the total matter content in our universe. The remaining 84% is referred to as Dark Matter and is - as of now - poorly understood.

Through its overwhelming abundance, Dark Matter played a crucial role in the evolution of our universe and thus of life itself, such that its thorough understanding is paramount to understanding the cosmos.

The substance is called "dark" because we cannot see it with our eyes. This is because it does not seem to interact with photons, i.e. it does not interact via the electromagnetic force, as ordinary matter does.

And the substance is called "matter" since it interacts gravitationally - just like normal matter. This is also how it was first observed. If one looks at the movement of the stars in galaxies, one notices that there must be some unobserved matter - because otherwise the trajectories of the stars would be different. But also through other indirect effects (e.g. gravitational lensing or in the cosmic microwave background) dark matter was observed, yet we are missing its direct detection. This means that we currently don't know what Dark Matter is made of. All we know is that none of the known subatomic particles has all the properties we expect a Dark Matter particle to have.

Therefore, the researchers of the subatomic physics group of the Department of Physics and Technology of the University of Bergen, are working on exactly this subject. The team consists of theoreticians coming up with new particle physics models that include a candidate for Dark Matter and of experimentalists that test these models. A powerful tool that is being used for the experimental test is the ATLAS detector at CERN's Large Hadron Collider (LHC). ATLAS is a multipurpose particle physics detector that aims to fully reconstruct the particles that are created in the particle collisions at the LHC. During these collisions new particles are created. Depending on the exact properties of Dark Matter, also Dark Matter particles could be created in such collisions and studied with the ATLAS detector.

The experimentalists at IFT concentrate on detector signatures containing tau leptons - particles with similar properties than electrons but more massive. The Dark Matter particles are not expected to interact with the detector at all, but would still leave a signature in the form of an imbalance of momentum in the plane transverse to the collision. By analysing particle collisions that contain both these features - tau leptons and momentum imbalance - we are looking for the production of Dark Matter in the collisions of two protons. So far, no sign of Dark Matter has been observed, but a wide range of parameters in models predicting Dark Matter could be excluded.

*This research is supported by the Research Council of Norway (Project Number 255182/F50) and the Horizon2020 Program of the European Commission (Grant agreement ID: 797937).*

A new tool in the search for Dark Matter will be the Cherenkov Telescope Array (CTA), a set of ground based telescopes that soon will be built. This instrument is designed to measure gamma-rays that hit the earth's atmosphere from space. If these gamma-rays interacted with Dark Matter particles on their way to earth they can serve as probes for Dark Matter. The telescope will therefore be pointed at regions in our universe where large amounts of Dark Matter particles are expected to originate from and study the spectrum of the corresponding gamma-rays. Researchers at IFT are engaging in the preparation of the collection of this data and their analysis.

With the ongoing efforts, the members of the subatomic group at IFT are at the forefront of modern Dark Matter searches, involved in recent developments and advancing the field. We are striving to understand our universe and if you are interested in joining us feel free to get in touch! 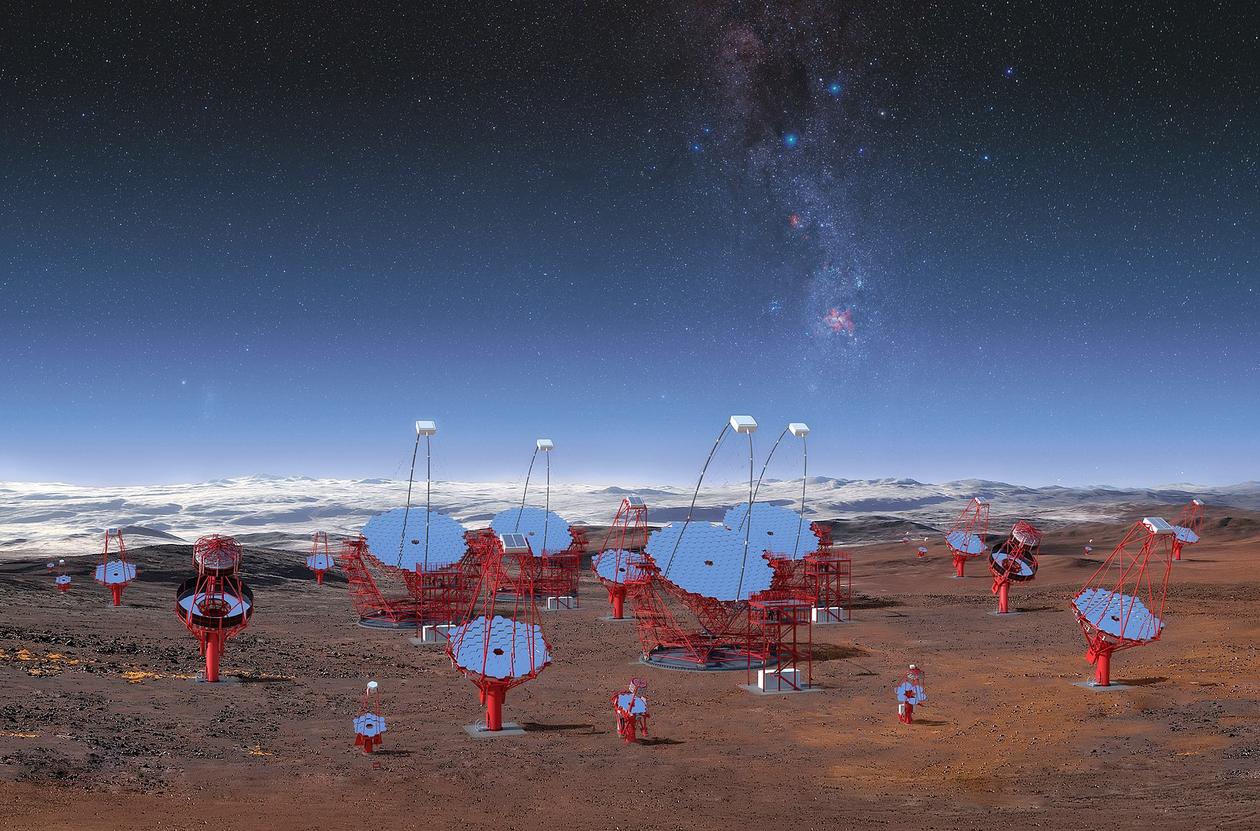 Three classes of Cherenkov Telescopes are planned for the Cherenkov Telescope Array. They will all be looking for the light produced when high-energy gamma radiation hits the atmosphere.
Foto/ill.:
By CTA/M-A. Besel/IAC (G.P. Diaz)/ESO - https://www.eso.org/public/images/eso1841a/, CC BY 4.0, https://commons.wikimedia.org/w/index.php?curid=75207249
Tilknyttede personer 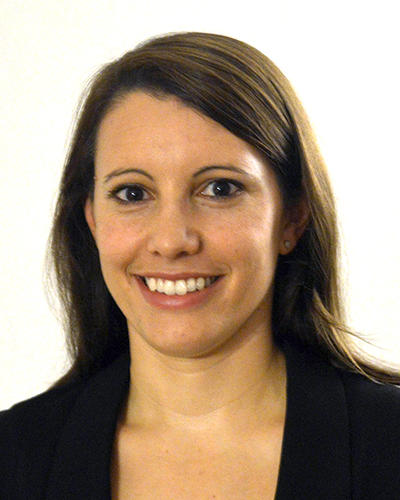