The transition from a blockbuster to personalised cancer therapy

CCBIO organized a special session with focus on the transition from a blockbuster to personalised cancer therapy at the S.Net conference recently held in Bergen.

From the 12th to the 14th of October 2016, the Centre for the Study of the Sciences and the Humanities hosted the 8th S.Net conference, with a focus on the co-production and governance of new and emerging technologies. This theme was addressed from a variety of angles, ranging from public engagement to innovation politics and policies, safety and security, as well as narratives, imaginaries and visualisation of future technologies.

As part of the S.Net conference, a special CCBIO session was chaired by Roger Strand, titled ‘The transition from a blockbuster to personalised cancer therapy’, convening three speakers.

First, Alessandro Blassimme discussed socio-technical imaginaries of precision medicine, comprising two main components: materiality - that is the quantification of personal health data through devices such as watches or apps; and agency – that is the sharing and use of these personal health data for self-monitoring and changes towards more ‘healthy’ lifestyles. Alessandro argued that precision medicine thus contributes to creating digital selves.

Then, Anne Blanchard addressed the partnerships between science, industry and government in the transition from a blockbuster cancer model to personalised medicine. Although necessary to take scientific discoveries to the patients’ bedside, Anne argued that these partnerships are complex, pose practical challenges, and may ‘co-produce’ unwanted outcomes such as an increased culture of medicalisation and new questions of social and global justice.

Caroline Engen finished the session by providing an ‘insider’s perspective on targeted therapy, the immense complexity of the biology of cancer, and the equally important challenges of validating cancer biomarkers for personalised medicine. Caroline also discussed some of the problematic aspects of personalised medicine, including the focus on trying to find a treatment for patients at a terminal stage rather than palliative care, and the right not to know your genetic traits.

From Reflection to Action

Caroline Engen noted that her presentation amounts to an instance of "Responsible Research and Innovation" - RRI - a key concept in this year's S.Net meeting. Indeed, the same may be said about the entire ethics/social science/economics component of CCBIO. RRI prescribes anticipation of and reflection upon future implications of research but also action. Since 2015, CCBIO researchers, notably Blanchard, have discussed the changing political economy of personalised cancer therapy in a series of seminars and conferences.

"Action" will now include written dissemination of the analyses that have been made but also further work to integrate them into the governance and the practices of CCBIO itself. This quite rare and distinctive feature of CCBIO was widely acknowledged in the discussion of the S.Net CCIO session, which gathered a broad group of scholars and scientists, including some of CCBIO's own junior scientists.

S.NET is the Society for the Study of Nanoscience and Emerging Technologies, and is an international association that promotes intellectual exchange and critical inquiry about the advancement of new and emerging technologies in society. You can read more about S.NET here.

The Co-Production of Emerging Bodies, Politics and Technologies: The 8th annual S.NET meeting took place in Bergen, Norway, October 12-14, 2016. Conference host is the University of Bergen's Centre for the Study of the Sciences and Humanities. 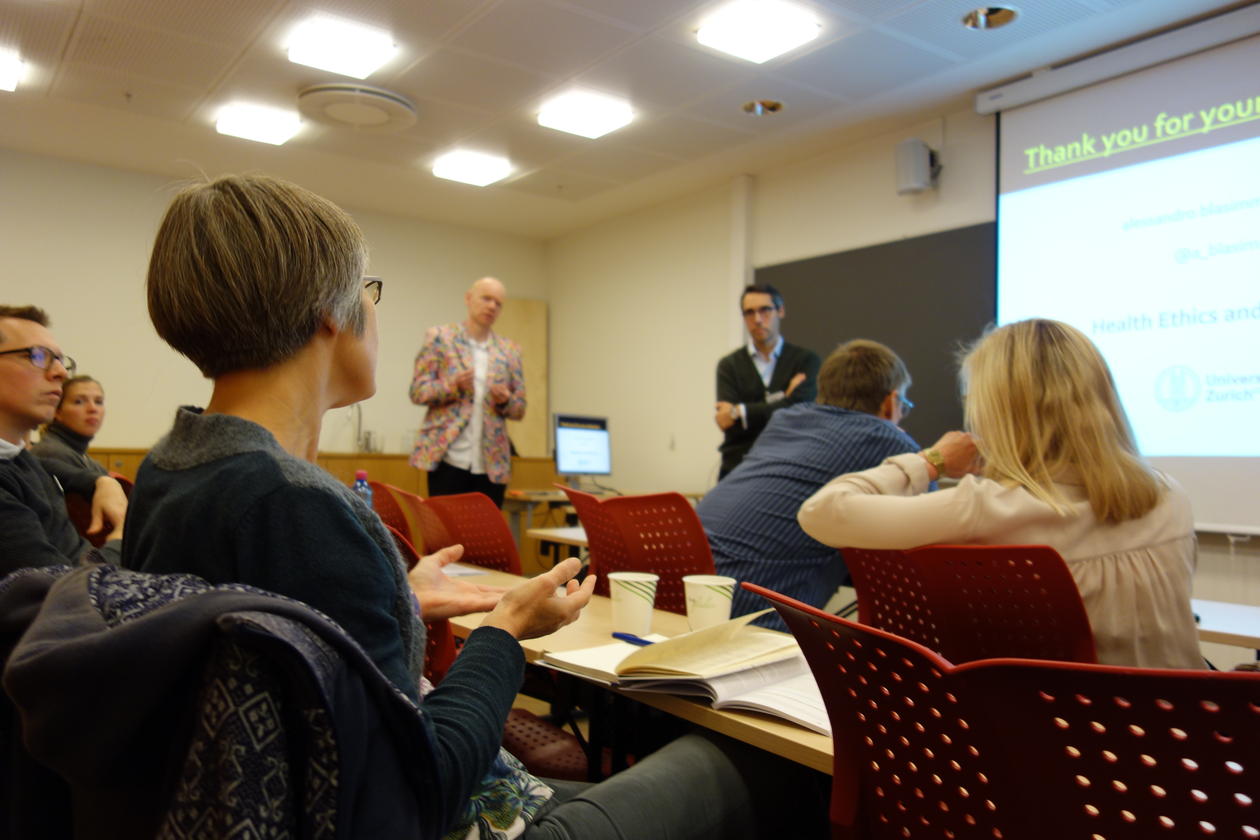 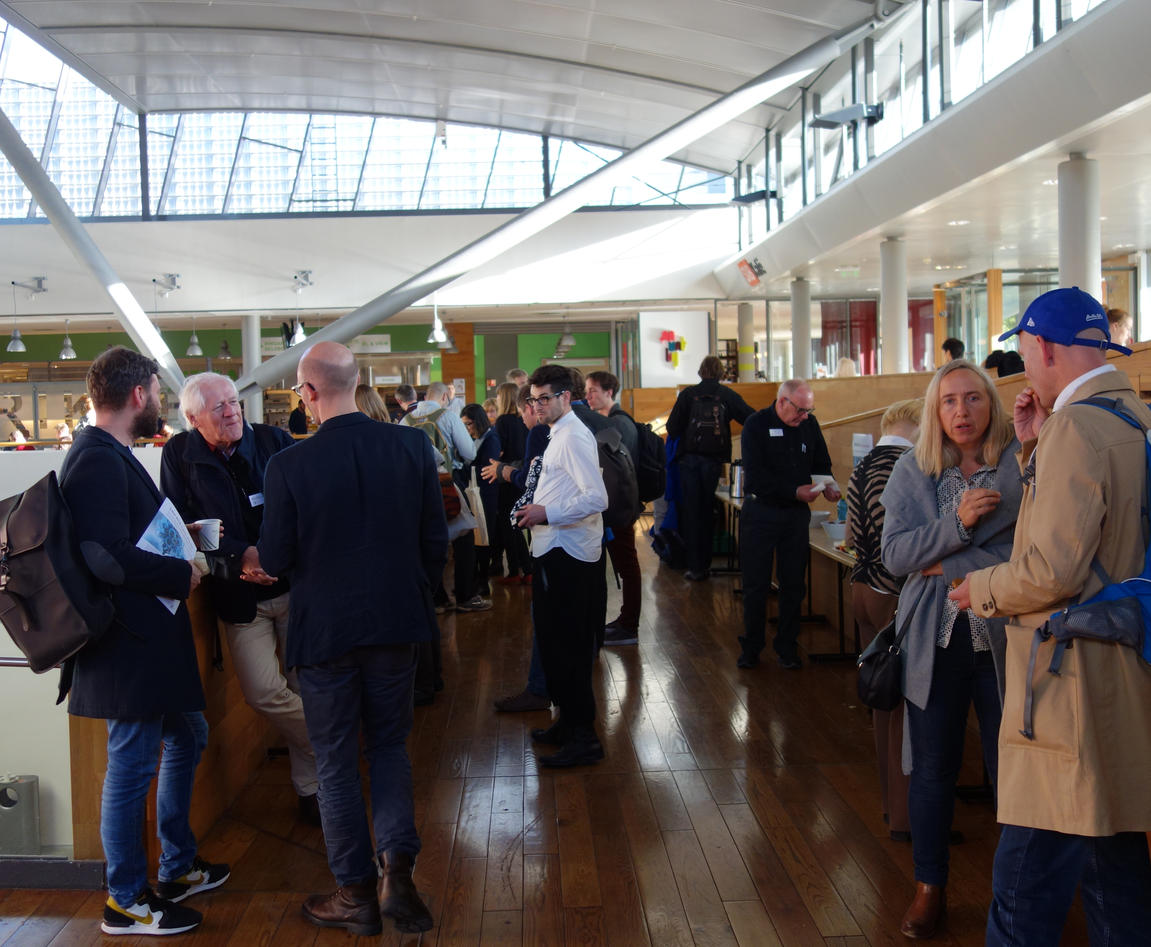 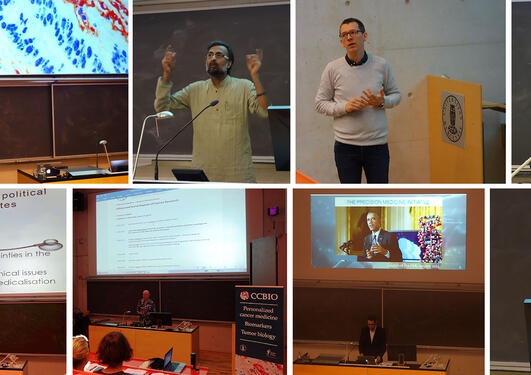 Reflections on ethics and social aspects in cancer research

11th October, CCBIO hosted a pre-conference event on the Ethical and Social Aspects of Cancer Research as part of the S.Net conference, of the Society for the Study of New and Emerging Technologies. 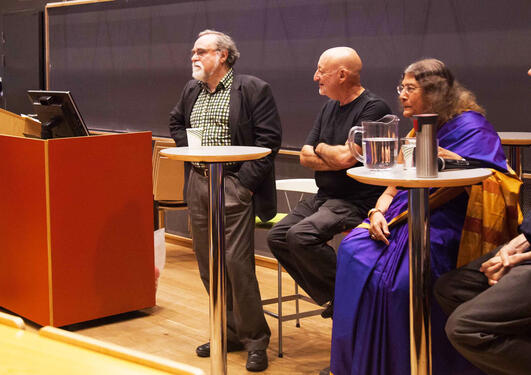 Building the world we want to live in

Caroline Engen is a CCBIO PhD candidate who presented at the S.Net conference in Bergen. Her lecture was titled "Why Targeted Therapy May Not Work", and was part of the CCBIO session "The Transition from a Blockbuster Model to Personalised Cancer Therapy". We asked Caroline to walk us through a...