There has not been added a translated version of this content. You can either try searching or go to the "area" home page to see if you can find the information there
Graduate and post-graduate research in our group

Say hello to our PhDs and post-docs

The young generation in our group works on a range of different topics withing terrestrial and marine microbial ecology. Methodologies include polar field work, genomics and modeling, to name a few.

Limitation of resources in nature entails trade-offs associated withtraits. In microbial systems, the development of resistance against aparasite (i.e. virus) comes with costs, commonly on the growth rate andhence competitiveness of the host (i.e. bacteria). These competitive anddefensive traits, and the trade-off between them, are important piecesof the puzzle in understanding the process of microbial evolution, withimplications on wide-ranging fields including microbial ecology,antibiotic resistance, and vaccine production. The goal of my PhDresearch is to characterize this trade-off by gathering data on where,how, and to what degree does the trade-off express itself in themicroorganism. I will do so by using molecular methods and the modellingapproach to study the growth, infectivity, and resistance of variousco-evolving virus-bacteria systems.

My PhD project involves a lot of experimental work. I’m studying bacteria and their viruses (phages) interactions. As bacteria are exposed to phages, they develop phage resistance. In my project, I’m studying the implication of phage – as well as antimicrobial – resistance in bacteria in chemostat and batch cultures.

The flourishing interaction between microbial warfare in global climate change has become a major concern. This doctoral study undertakes, research about understanding the functional role of permafrost soil microbiome having a definite role in Carbon cycle and emission of carbon from thawing permafrost which has been sequestered there since ages. Climate change has shown altered diversity within the soil microbiome, this related to rapid changing of Arctic. Understanding the effect of temperature on microbial biodiversity and metabolic processes, will direct in improving knowledge about how the production and emission of biogenic methane takes place, one of my study will include methane flux experiments at the Pingos in Svalbard, whereas fieldwork is based in exploring and studying different Pingo sites in Svalbard.

My research interests are in understanding trophic dynamics, from viruses to zooplankton in oceanic and coastal marine ecosystems. I am interested in using a range of different tools, including microscopy, flow cytometry and molecular biology (including qPCR and droplet digital PCR) to further our understanding on rates and changes of marine microbial communities. My current research activities include enhancing our knowledge of the link between viruses and gelatinous zooplankton, how mixotrophy affects marine food webs, and understanding the interplay between mortality factors such as predation and viral infection in natural, laboratory and mesocosm communities.

I am researching the co-evolution between viruses and their hosts in the marine environment, and how they structure microbial communities. My research focus is on nucleocytoplasmic large DNA viruses (NCLDVs) and how they interact and coevolve with their phototrophic eukaryotic hosts belonging to Haptophyta. My project will involve cross-infection experiments using a selection of viruses and hosts, looking at the expression and functionality of interesting viral auxiliary metabolic genes that may affect the host energy metabolism and investigating the diversity and distribution of these viruses and hosts in marine communities.

During the last few decades big and fast changes has been observed in the Arctic. The sea ice cover is decreasing and the inflow of warm Atlantic water even speeds up this process. In the Arctic Ocean, like in all oceans, microbial phytoplankton and ice algae provide the primary production feeding the entire ecosystem. Micro and mesozooplankton feed on the algae and transfer the energy and nutrients up the food web all the way to whales, seals and bears. Bacteria and virus also have their modifying roles in the microbial loop. In my post doc at UiB I study how the microbial ecosystem responds to the rapid changes through participation in the Arctic cruises of the HAVOC/MOSAiC and Nansen Legacy projects.

Do you know what all the bright dots on this fluorescence microscopy image are? They are in fact different types of marine microorganism, including tiny algae, bacteria and the smallest of all, virus. They illuminate because they were stained with a DNA-binding fluorescent dye. I study the interactions of these microorganism and I am interested in how climate warming will affect them in the Arctic ecosystem. To answer this, I join several research cruises in the Arctic and take samples and perform experiments to test how bacteria are influenced by changes of different food sources and predator abundances.

Microbial Ecology involves not only millions of different bacteria and archaea, it also involves a lot of different approaches. Trained as a lab biologist, I went on field trips and expeditions, and now I’m diving into bioinformatics. In this postdoc I’m trying to combine it all to shed some light into the microbial ecology of the Arctic. My main project is CLIMAGAS, where we look at the microbes of a specific type of spring, so called open system pingos, on Svalbard. The goal here is to get a better overview on the bacterial and archaeal methane production and consumption in those springs and the underlying permafrost, especially when the climate gets warmer. Another project is the Nansen legacy, where I mainly use bioinformatic tools to investigate the microbial community and how it changes from year to year and between seasons. And since this is not enough, I am also involved in a project that investigates if fish rub themselves to algae to borrow some useful bacteria to boost their own immune system. So, many projects and many possibilities.If you are interested in one of those and looking for a master thesis or student project, just talk to me.

Working on evolutionary algorithm to study virus-host interaction dynamics and role of trade-offs in diversification of both groups. 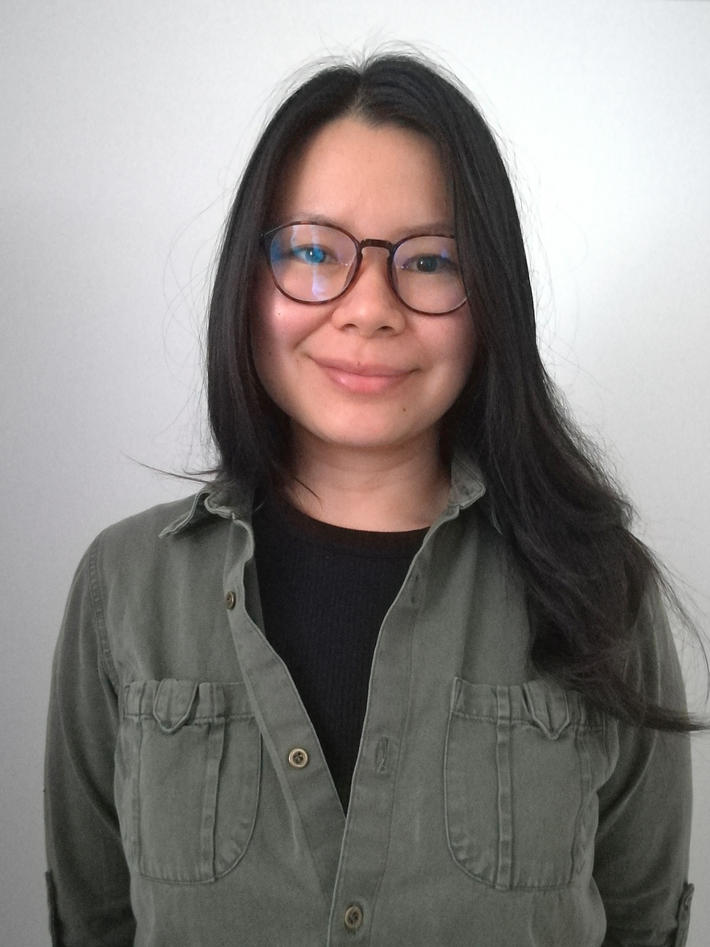 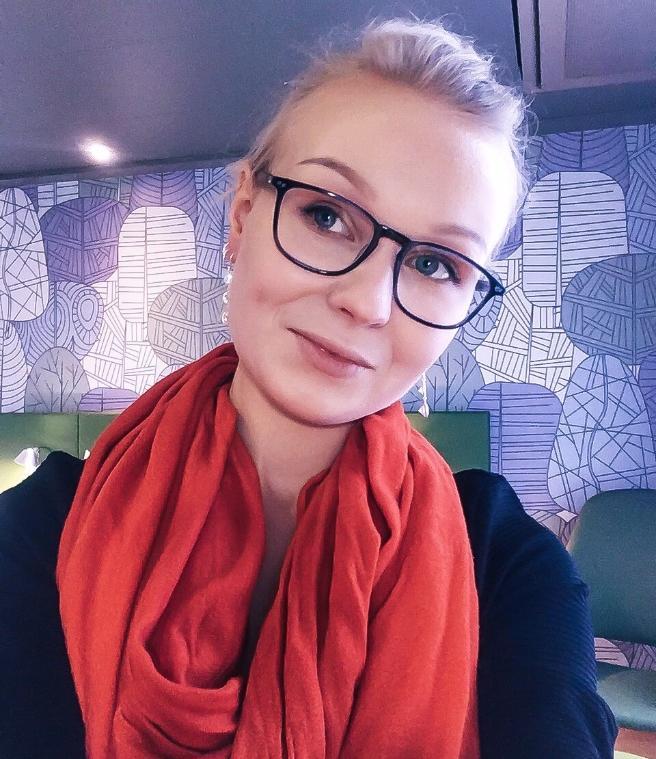 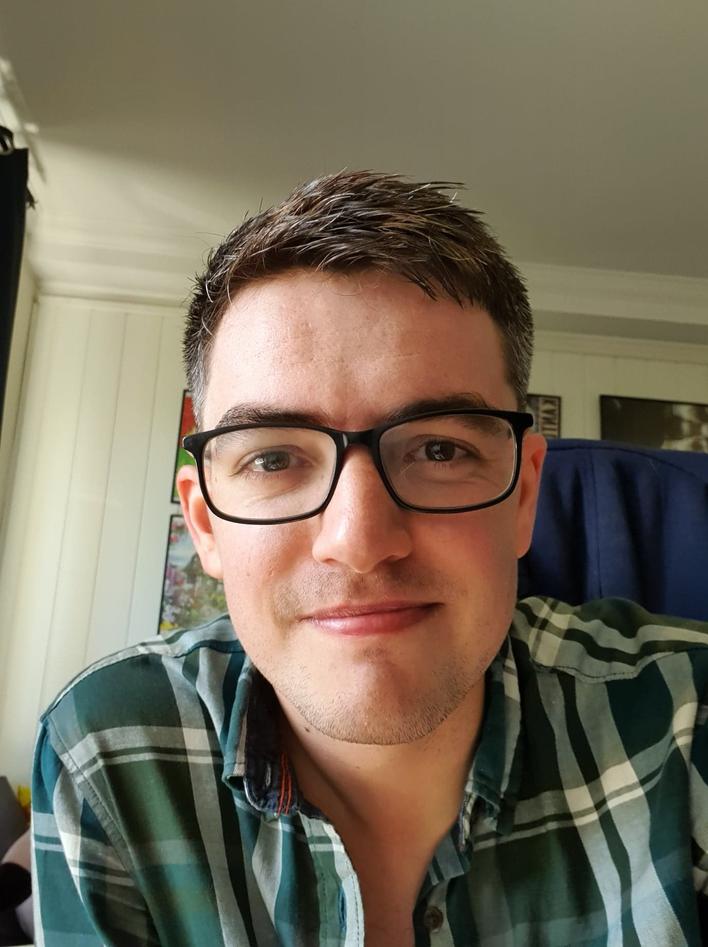 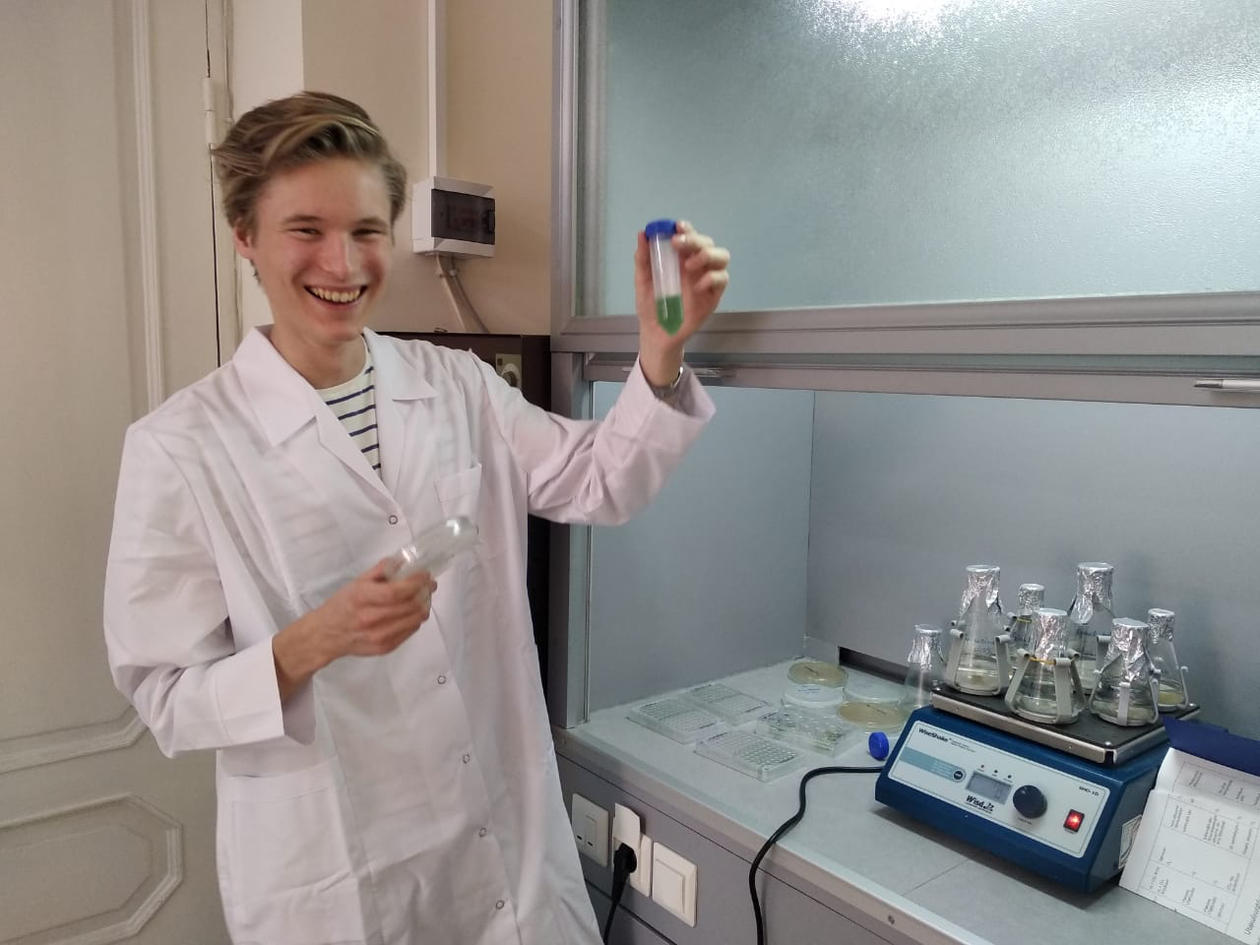 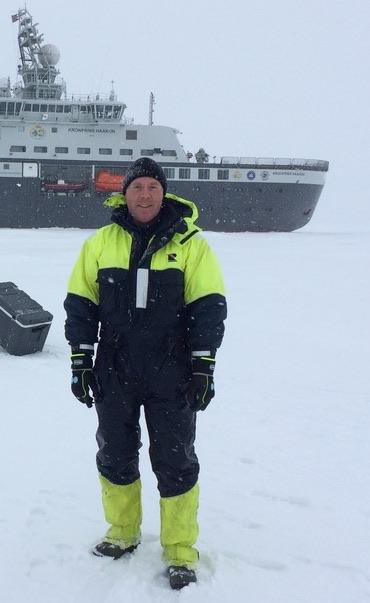 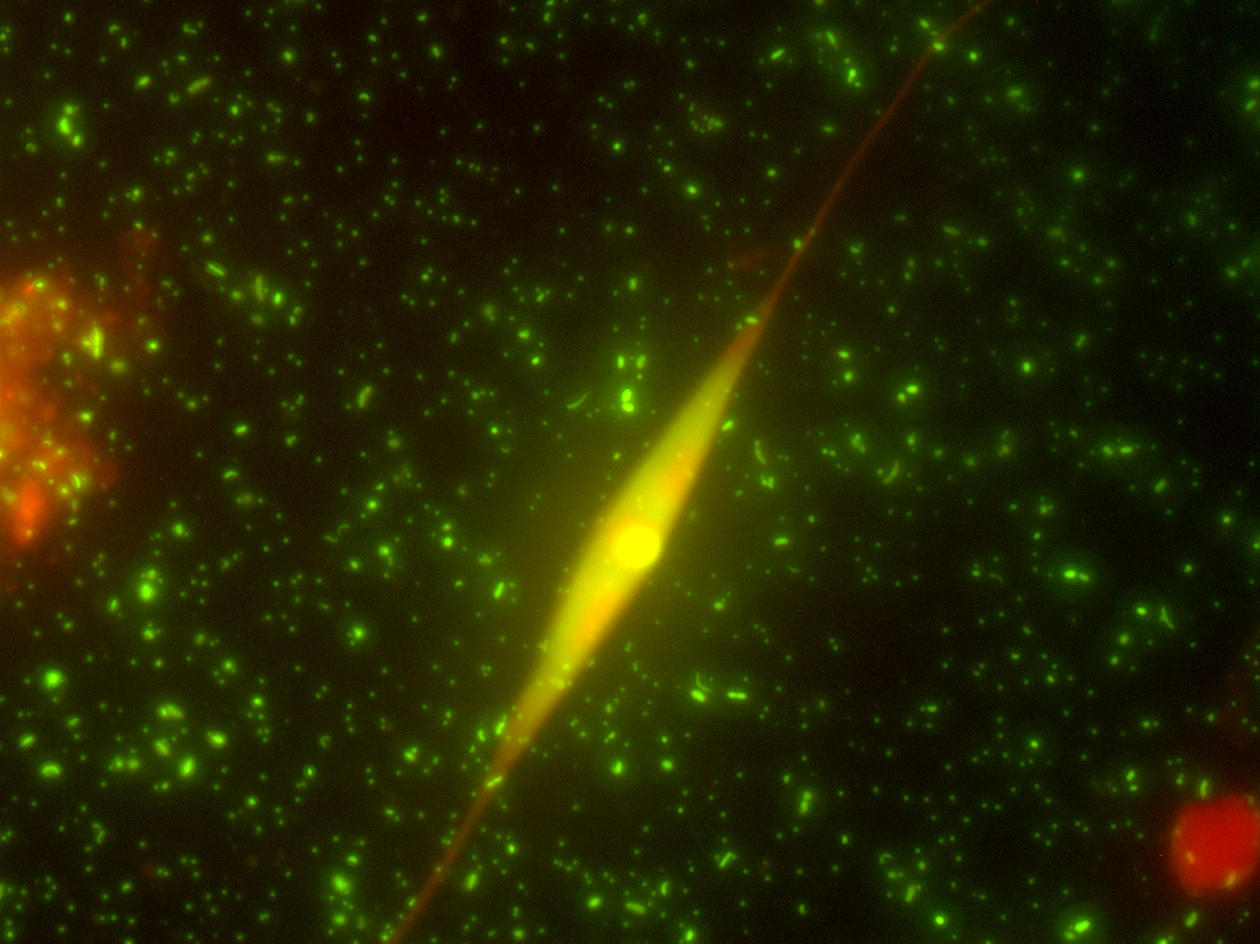 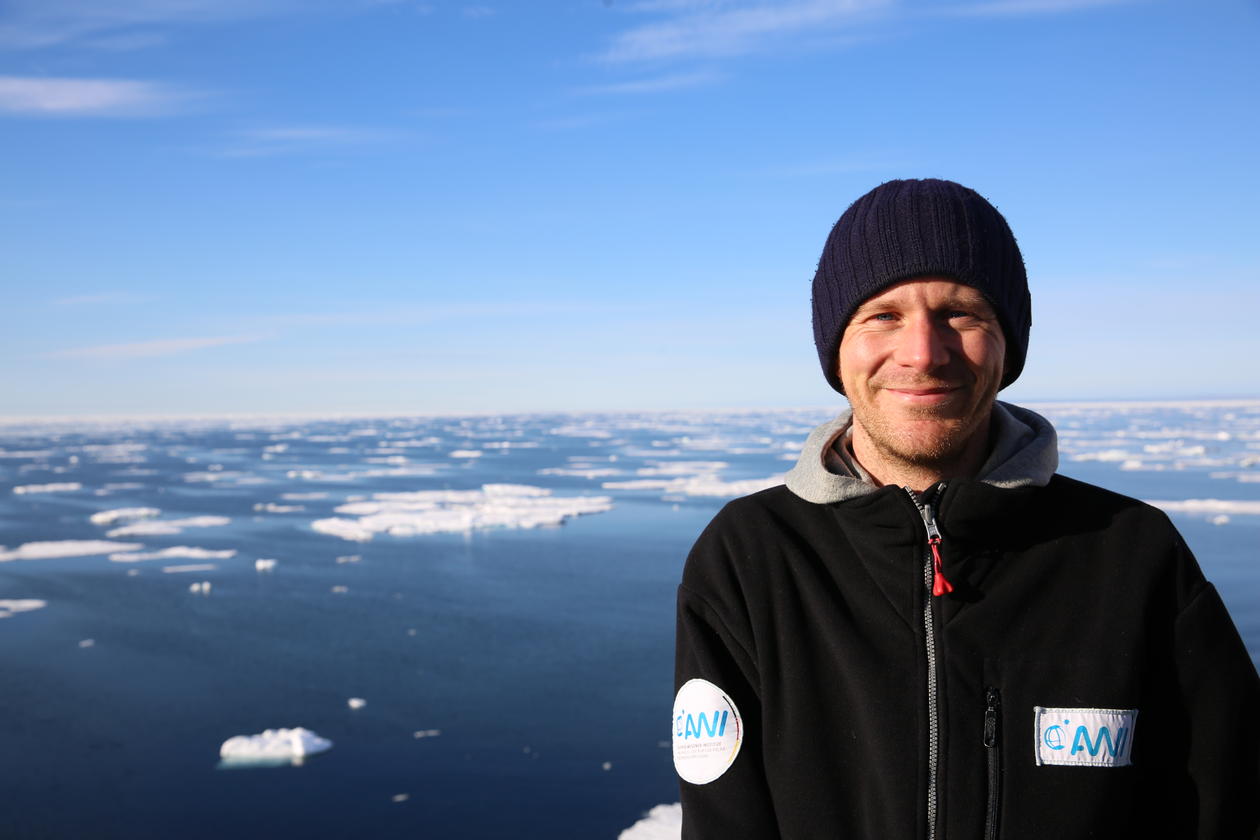 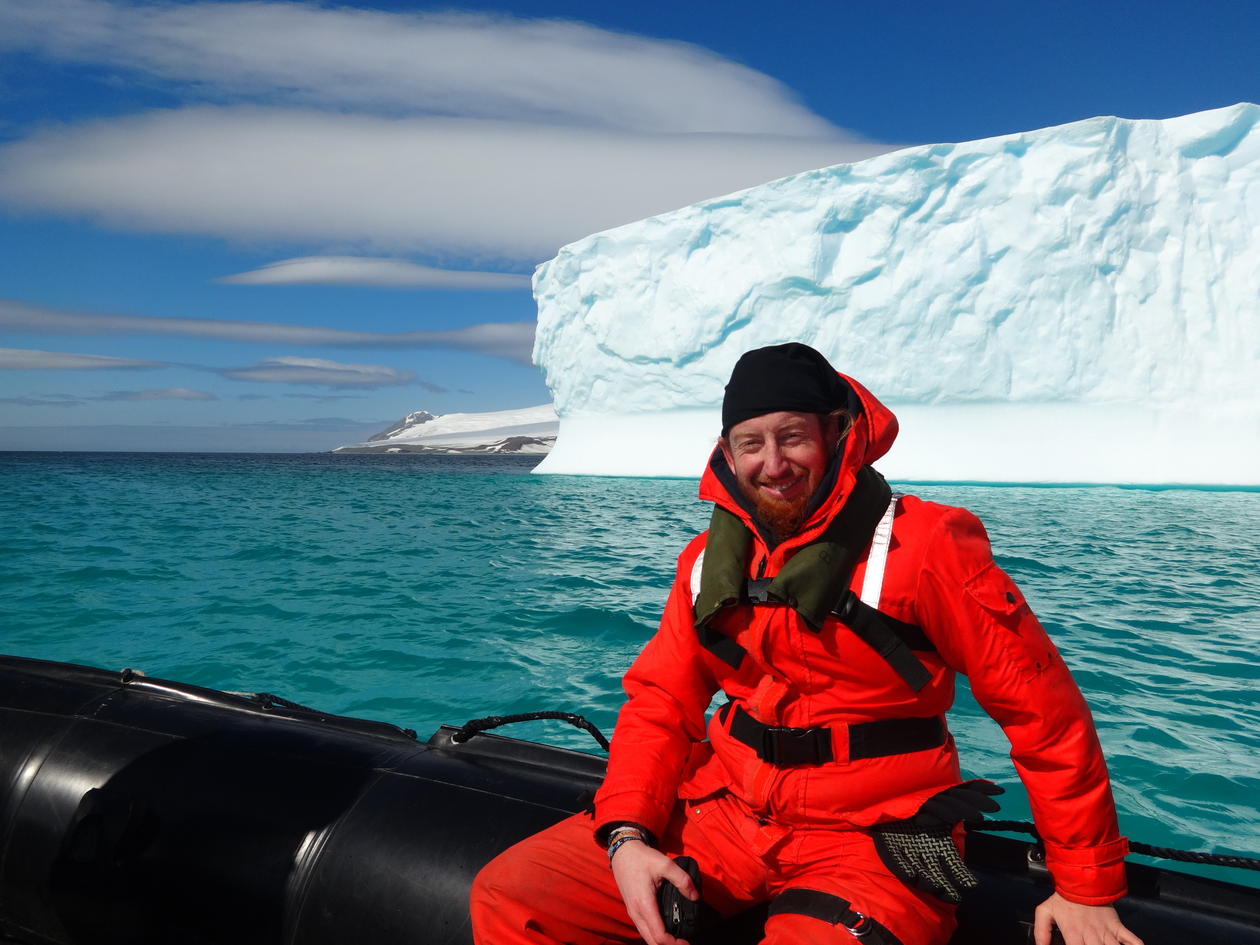